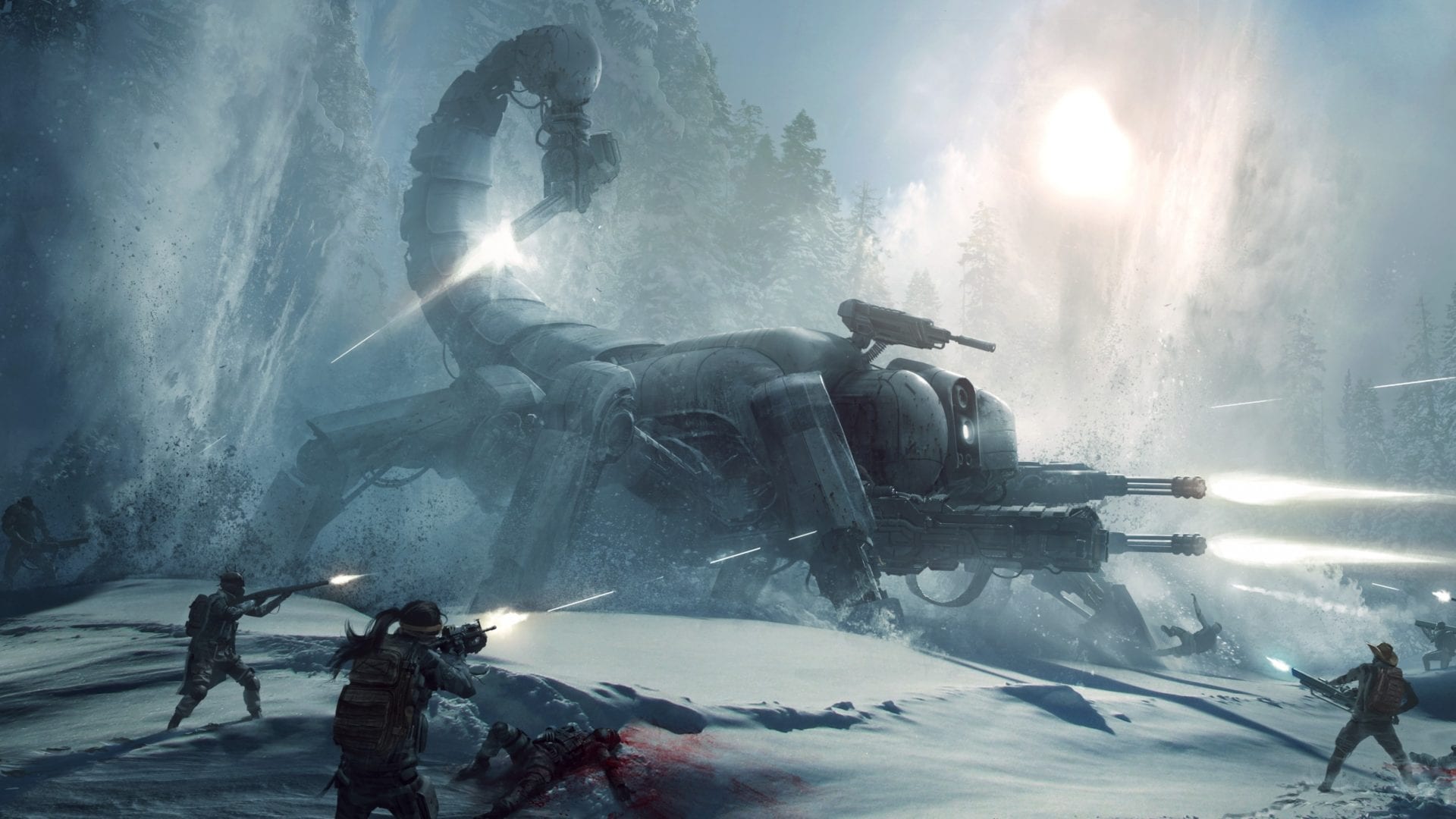 Following in the footsteps of all-time great isometric RPG’s like Baldur’s Gate and the first two Fallout games, Wasteland 3 is all about choices. Choices lie at the heart of the experience, and whether it’s regarding the way you build your characters or how you handle a given situation, you are always going to have options, and that’s a great thing.

Wasteland 3, from developer inXile Entertainment and publisher Deep Silver, takes place in the frozen wastelands of post-apocalyptic Colorado. You play as the last surviving members of Team November, who are ambushed en-route to Colorado to assist the local warlord there known as The Patriarch.

inXile was gracious enough to let us preview the game, and over the course of several hours, I got quite comfortable with my new role as the commander of a fledgling Ranger outfit.

The gameplay of Wasteland 3 is perhaps best described as a combination of Baldur’s Gate and the XCOM series. While exploring it plays like a classic CRPG, combat encounters are a turn-based tactical affair. If you are familiar with Mutant Year Zero: Road to Eden, then that would probably be the closest modern analog for how the whole package works.

The beta build that was provided starts out with the destruction of the convoy you are apart of, and the tutorial of the game sees your characters (there are several pre-made options or you can freely create your own) fighting their way free of an ambush orchestrated by the psychotic Dorsey clan.

The Dorsey’s are a fairly generic kind of cannibalistic post-apocalyptic tribe. The biggest issue I experienced while playing Wasteland 3 is how wrapped up in the Dorsey’s the game is and how they are presented, but we will get to that shortly.

Combat is a fairly standard affair, at least initially. On your turn, you can move your characters in any order, provided you have sufficient AP. Attacking takes up a certain amount of AP, but does not end your turn, so you are able to effectively make hit and run attacks a viable option.

There is a cover system at the heart of combat encounters, with your Rangers being harder to hit depending on whether they are in half or full cover. Cover is directional, so flanking is essential to overcoming the oftentimes overwhelming numbers of foes that are thrown at you in any given encounter.

Character progression goes beyond simply combat efficacy, and while you can spec a given Ranger towards battlefield dominance, ensuring you have squad members able to handle things like locked doors or password-protected computers and electronics can give you a huge advantage as well.

Of course, sometimes talking your way out of a situation is more beneficial than drawing a weapon. There are skills and perks that will allow your squad members to intimidate or influence enemies. You are able to seek a peaceful outcome if you spec a character appropriately, and it can be immensely satisfying to do so.

The core mechanics at the heart of Wasteland 3 make for an engaging CRPG experience, whether you’re a veteran of the genre or an interested newcomer. If the opening hours are anything to go by (and the developer has assured us that this is the case), then the decisions you make will have impactful and far-reaching consequences.

One aspect that was disappointing though was the presentation, which definitely feels a little bit low budget. Wasteland 3’s development was crowdfunded initially, and it shows. inXile was purchased by Xbox Game Studios during production and received additional funding, but the majority of it went towards implementing conversational scenes and hiring more voice actors.

While the environments are decent enough, character models definitely don’t look like they are from late current-gen, and there isn’t a lot of detail to them. Armor sets look quite generic, and the general aesthetic of the game could be mistaken for a game released in 2010, not 2020.

The tone of the game also missed me by a country mile, but to be entirely fair, that is an aspect that is entirely subjective. This is a game that is very much inspired by and imitates the general feel of a Fallout game but without any of its charm, at least in my opinion.

The general UI and the illustrations you find in the menus very much evoke the feeling of Vault Tech, but without any of the in-game representation. Instead of Vault Boy they have a couple of cutesy robots that aren’t nearly as memorable or as relevant to the world in which they inhabit.

The world itself tries to convey a tone of desperation and dreariness, and you bear witness to brutal acts of violence that are meant to give the world a feeling of danger. This is somewhat undercut by the strange comedic barks that are often on display in combat, which really fell flat for me.

At least in this preview, this was usually portrayed by members of the Dorsey clan, who completely lack any kind of interesting motivation. If you have played Borderlands or Rage, then just imagine a hybrid of the bandits and mutants found in those games respectively.

Between the fairly robust core mechanics and satisfying combat, and the less-than-stellar presentation and bland enemies, Wasteland 3 feels very much like a AA game that will only appeal to long-time fans of the genre.

There is certainly potential on display, but it comes with a caveat. We’ll see if our feelings change when the full game is released.

If it sounds like your cup of tea, or you’re a big fan of the series, you only have a short while to wait. Wasteland 3 releases May 19. for PC, PS4 and Xbox One.

For more on Wasteland 3, be sure to check out the Valentine’s Day trailer that was released last month, or this video in which you can see more gameplay and hear some developer commentary.