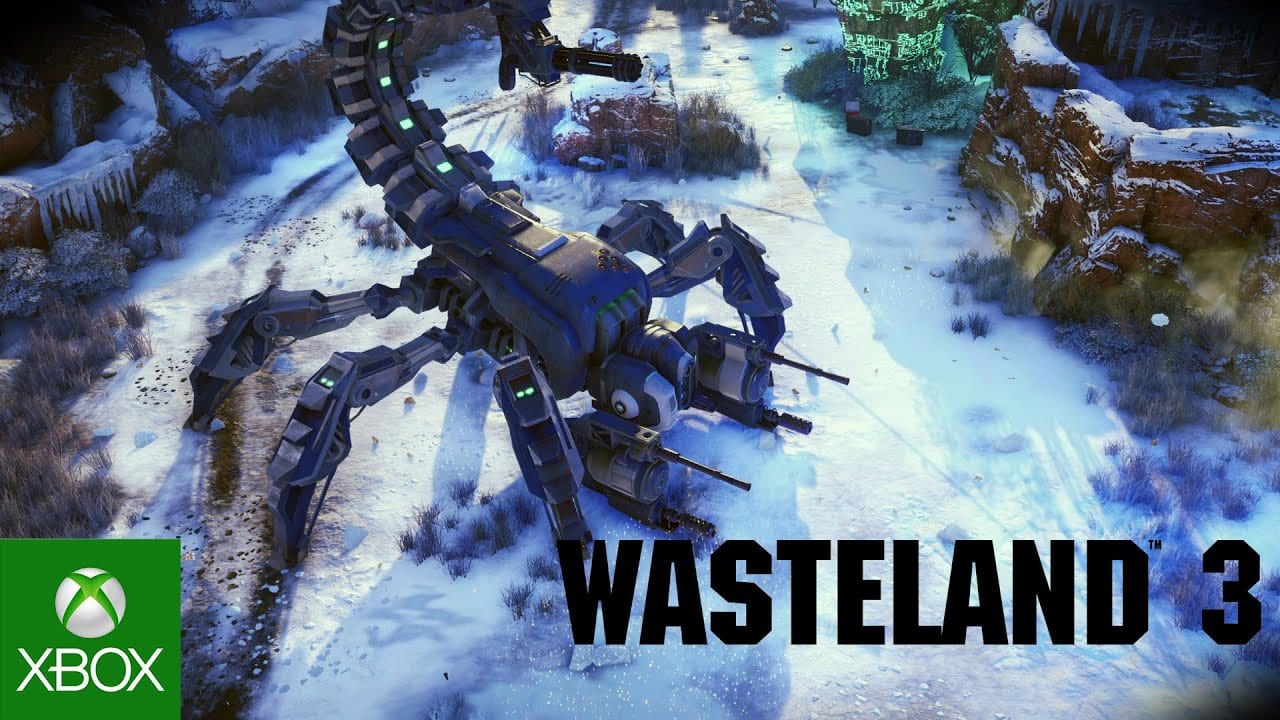 During the X019 broadcast on Mixer from the ongoing event in London, inXile and Microsoft showcased the upcoming Wasteland 3.

On stage we saw CEO Brian Fargo and lead level designer Jeremy Kopman, who showcased some interesting gameplay and talked about the game.

You can check out the gameplay below, keeping in mind that the quality of the livestream wasn’t the best.

On top of the gameplay, we hear some intriguing details from the developers.

The game will bring back music and pop culture from the eighties, including things like “Welcome Back, Kotter” but it’ll be done in a way that is “all-holy and all-meaningful.”

We get to see Vic Buchanan, one of the three sons of the Patriarch and a sadistic and hedonistic psychopath leading a gang of drug addicts. Interestingly you can decide to kill him, arrest him, or even recruit him.

The other two kids of the Patriarch are Valor, who changed his allegiance to the Gippers (who worship Ronald Raegan) and Liberty, who believes that her father didn’t go far enough in building his small kingdom and she’s ammassing an army to take over. Apparently, she’s the most dangerous among the three.

Who is in your party affects how people react to you in the world and has a big impact on how the story progresses. Each of the Patriarch’s kids have these divergent outcomes.

There are multiple endings and “different endings along the way.” There is a bunch of content that you won’t be able to see in a single playthrough because of the different branches. Different players will have different experiences.

While single-player remains the most important element, co-op will actually allow players to grief others a bit. If one stops playing and the other continues, the first players might come back to a completely changed world. They can either accept that outcome and continue playing or opt to resume from an older save voiding what the other player did in their absence.

According to Fargo, this provides players with the best of both worlds.

At the beginning of the game players will be able to either pick two premade characters or completely customize every aspect of them.

You’ll then be able to build up your party to the full complement of six characters during the first hour of the game. You can then add more custom made characters or recruit people as you go during gameplay.

Storylines, quest options, and even entire levels will change depending on who is on your party.

An interesting addition is the Kodiak, a truck that players will drive around the map. It’s customizable in its weapon turrent and even in its looks including different paintjob and insignia.

At the end of the panel Fargo mentioned that Microsoft provided the developer with more resources than they’ve ever had before and everything has been put into the game, allowing the studio to bring up the quality level to something they would have never been able to achieve otherwise.

Yesterday Microsoft announced that Wasteland 3 will release on May 9, 2020, also showcasing a new trailer. It’ll come to PS4, Xbox One, and PC.