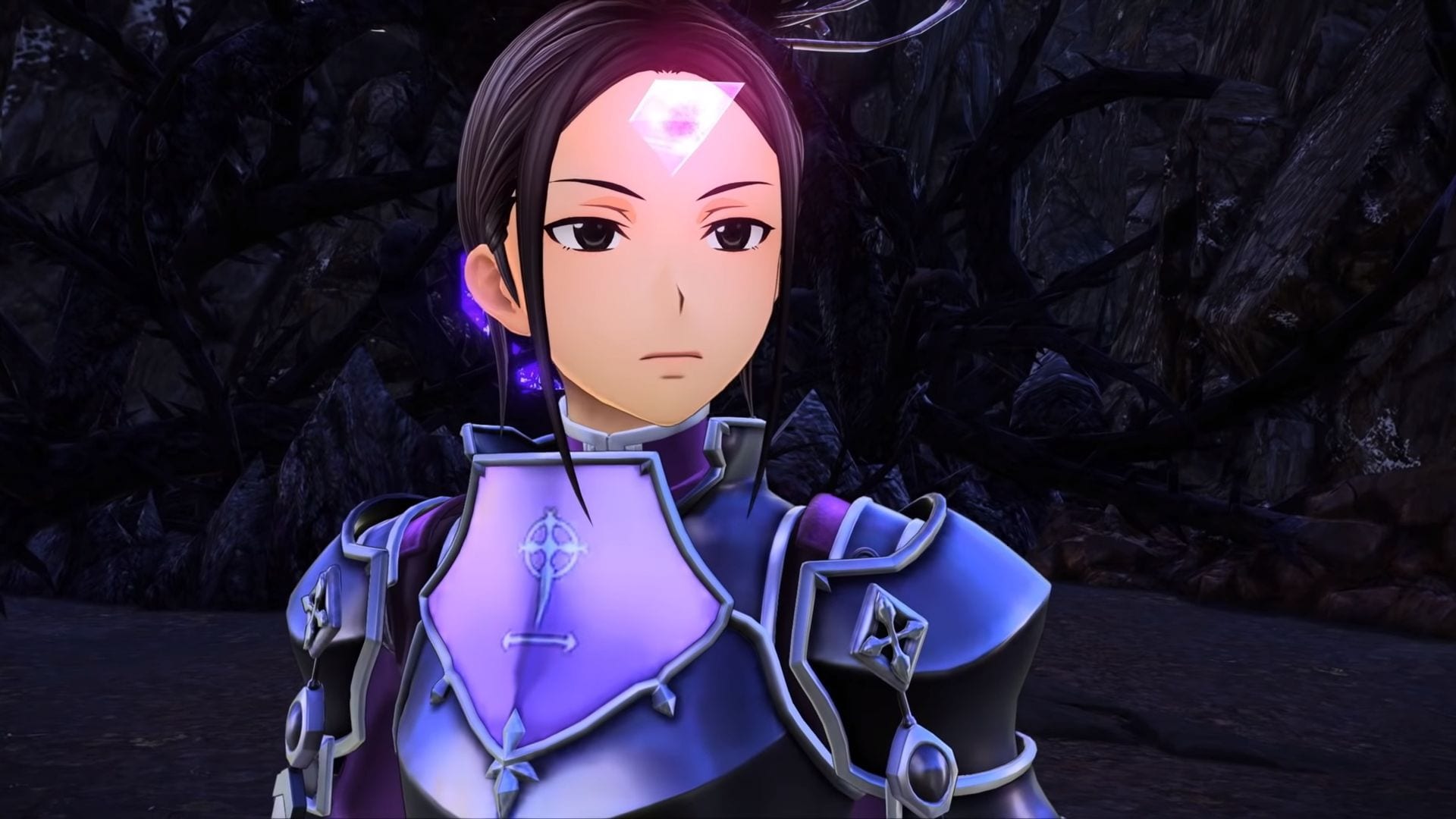 The trailer focuses on the story of the game, also providing the first look at three characters that will make an appearance.

Renly Synthesis Twenty-Seven, Sheyta Synthesis Twelve, and Sortiliena Serlut will be playable, while a brand new and original character named Hersyrian appears to be some sort of misguided villain/rival.

The accompanying press release includes new information what we see and gameplay.

Renly, Sheyta, and Sortiliena from the Sword Art Online Alicization anime are all-new playable characters that can be recruited into player parties, while Hersyrian is a brand-new original character!

The trailer also features Black Knight, Kayode, and Mysterious Giant, who are new enemies that are ready to challenge our heroes!

We learn that pre-orders will net you four Design Contest costumes, while the Deluxe Edition will also include the Premium Pass, a Premium Pass Bonus Costume, and 200 SAO Coins. The Premium Pass will come with two DLC.

Speaking of SAO coins, looks like the game will include some games-as-a-service elements.

Free updates for Sword Art Online Alicization Lycoris will include events such as Monthly Raids and Daily Quests!

If players log on daily and complete each daily quest, they can obtain all the items from the CUBEs and deck out their characters.

Sword Art Online Alicization Lycoris also supports an in-game currency also known as SAO coins, which users can purchase to trade for individual items from the CUBE, enabling players to get their favorite items easily.