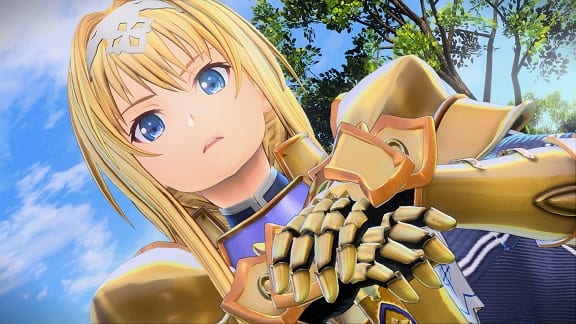 The video showcases a fight in which Kirito and Eugeo square off against Alice, who definitely appears not to be pleased by their attitude.

You can watch the video below and take a good look at the battle system.

The game certainly looks very different from previous Sword Art Online titles. Having tried it back at Tokyo Game Show, there are a few familiar elements, but long-time fans will have quite a few mew concepts to get to grips with.

Graphics also have been improved visibly, which is good because the series has always been a bit behind the times on the visuals front.

If you want to learn more about Sword Art Online Alicization Lycoris, you can check out the original announcement trailer, the previous promotional video, more gameplay from a few months ago, the latest screenshots, the latest trailer, and the most recent gameplay.

We also have a video introducing the voice actress playing the role of the new character Medina Orthinanos, Miho Okasaki.