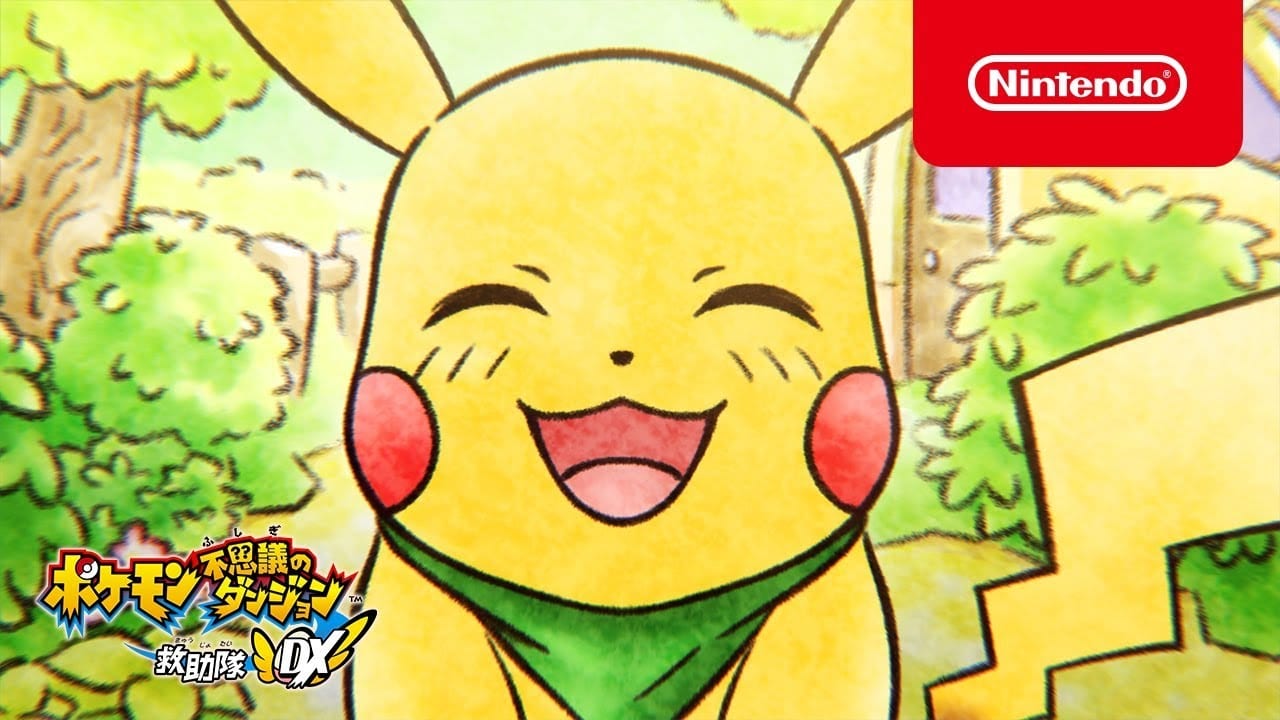 Pokemon Mystery Dungeon Rescue Team DX is now out on the Nintendo Switch and the dungeon-crawling RPG will push your skills to the test, but if you can pick the best starter Pokemon and a trusty partner to help you out, you shouldn’t have much trouble getting through the story.

Once you boot up the game, you’ll be given a lengthy personality quiz that will result in you becoming one of the 16 starter Pokemon. You’ll also be able to choose a partner Pokemon but it can not be the same type as you.

And don’t be too worried about choosing the right questions because once you finish it, the game will let you pick whomever you want regardless of your answers.

Alright, let’s get started with all of the starter Pokemon and their moves:

As you can see, each Pokemon already comes loaded with four pretty powerful moves from the get-go but some are way better and varied than others.

Once you get into the swing of things in Pokemon Mystery Dungeon DX, you’ll start to face off against powerful legendary Pokemon at the end of certain dungeons and luckily, most of them are flying types that are weak to Electric-type moves.

The first big fight is up against a Skarmory, which is a Steel-type that’s weak to Fire and Electric-type moves. Next up is a Zapdos that’s weak to Ice/Rock, then you face off against Moltres and Articuno who are both weak to Electric/Rock moves.

Needless to say, picking a Pokemon with a powerful Electric-type move is key to making these fights easier and Pikachu is your best bet.

Pikachu not only knows the move Electro Ball but it also knows Iron Tail, Grass Knot, and Fake Out. While Fake Out is fine as a basic Normal-type move, Iron Tail and Grass Knot are two very good moves that can deal with a variety of typings such as Ice, Rock, Fairy, Ground, and Water.

Now, Pikachu might have some trouble against boss Pokemon like Zapdos and Rayquaza, but that’s where your partner Pokemon comes into play.

Which Partner Pokemon to Choose?

If you have to choose one other parter Pokemon to go along with Pikachu, we would recommend Charmander. Not only will it eventually be able to evolve into a powerful Charizard but it’s loaded with Dark, Dragon, and Fire-type moves, which can help defeat a ton of different types that Pikachu won’t be able to combat such as Dragon, Psychic, Ghost, Grass, Ice, and Bug.

These two seem to make the most sense when you look at all of the powerful bosses that you’ll have to face off against in Pokemon Mystery Dungeon DX.

And that’s all you need to know about what the best starter Pokemon in Pokemon Mystery Dungeon DX is. If you’re looking for more tips and tricks for the game, make sure to just search Twinfinite.