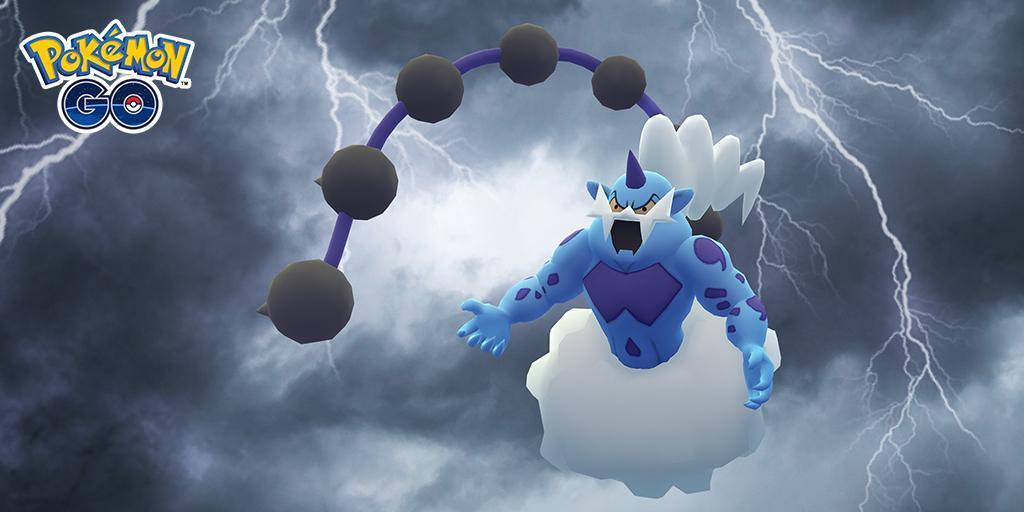 Thundurus is the second member of the Forces of Nature trio to make it into legendary raids in Pokemon GO. When it comes to typing, this creature isn’t too different from its predecessor, Tornadus.

This Electric/Flying Pokemon is no slouch, but you have nothing to worry about here if you had a solid team again Tornadus. Also, you shouldn’t encounter any major issues if you have two or three trainers to help you out.

How to Catch Thundurus in Pokemon GO

Defeat Thundurus and earn the right to catch this legendary Pokemon. Make sure the other trainers you bring along for the ride are on the same team as you to maximize the number of Premier Balls you’ll get for the catching sequence.

Again, you’ll probably be fine to use the same team against Thundurus that you used against Tornadus. The only difference is that you’ll want to drop any Electric-types since they won’t deal much damage to this legendary Pokemon.

This list is just essentially the four best Rock-type attackers in Pokemon GO, plus Mamoswine. Give them their best attacks and this raid should be a pretty easy win.

Just look out for Brick Break since it’ll swiftly deal with most of these Pokemon. Here are the best counters for the Thundurus raid:

We’re kind of scraping the bottom of the barrel here at the end of this list of counters. Hopefully, you’ll only need to go through a few Rhyperiors to beat Thundurus.

If worst comes to worst, then you at least have these decent counters:

Sadly, Thundurus isn’t exceptionally skilled in PvE or PvP modes thanks to its lackluster moveset. It learns some basic Electric-type attacks like Thunder Shock and Thunder, but that’s where it stops.

This legendary will still be able to win in battles against Water or Flying Pokemon where it has a type advantage. It’s just incredibly unlikely that you’ll see it being used in any other capacity.

It’s important to note that Thundurus has one of the highest attack stats in the game. However, its moveset is so bad that this mon just isn’t viable for use in any game mode.

Rock and Ice-type Pokemon will run right through this mon like it’s not even there. Brick Break can help to cover its weaknesses, but it’s unlikely to be enough to make a difference in any battle.

This is quite a letdown for such a promising Pokemon. Don’t expect anything great when it comes to Thundurus’ moveset. It’s mediocre at best and it won’t even be a good surprise/anti-meta pick in PvP battles.

Here are its fast attacks:

Thundurus’ fortunes don’t get any better when you start looking at its charge attacks. It has some pedestrian Electric attacks and then the random choices of Crunch and Brick Break.

Here are its charge attacks:

The tragedies of Thundurus just keep on coming when you look at its stats. The Bolt Strike Pokemon is not going to last long with its unremarkable defense and HP.

The only number worth noting is here is the attack stat since it’s one of the highest in all of Pokemon GO. However, its poor moveset makes it one of the most disappointing legendary raid bosses you can get. It looks like this legendary is destined to be dex filler.

Here are its stats:

That’s all there is to know about Thundurus’ raid, stats, counters, weaknesses, strengths and moves in Pokemon GO.

If this Thundurus raid guide left you wanting to learn anything else about the game, then just check out our Guide Wiki. You’ll also want to check out all the news about the upcoming Community Day, featuring Abra.