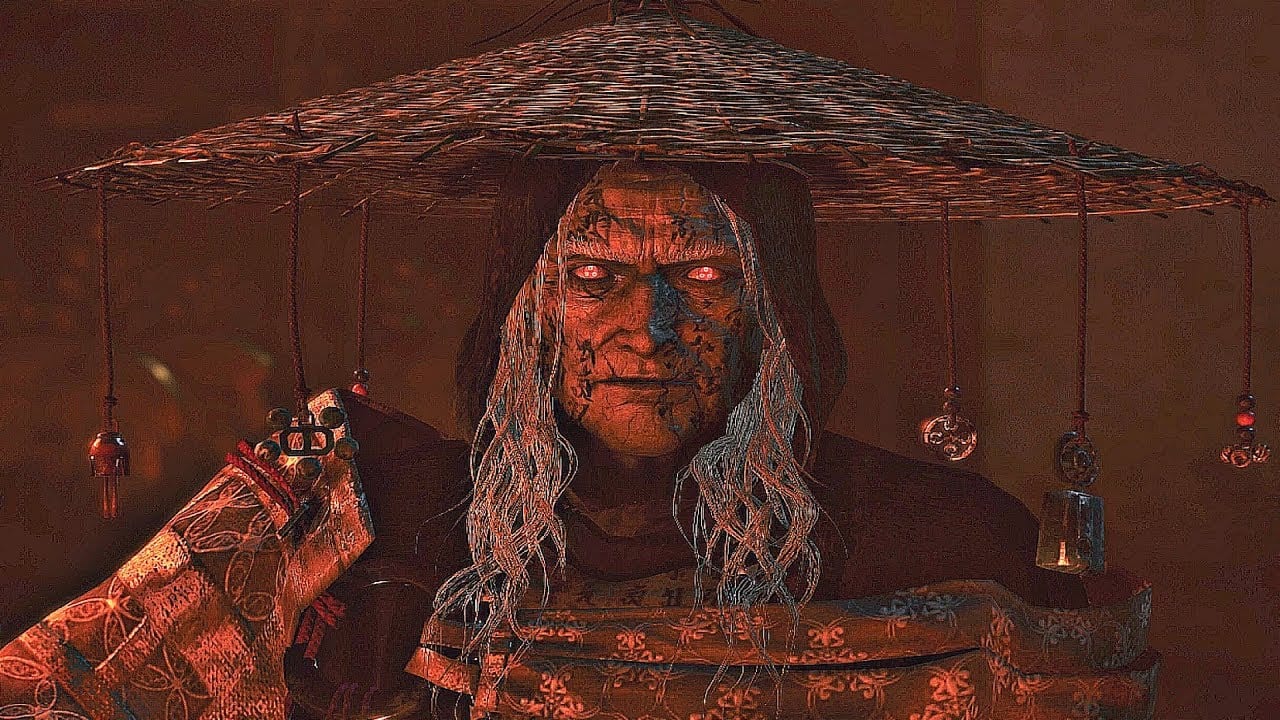 Nioh 2 is the latest Soulslike to hit the market, and in the grand tradition of the genre, its full to the brim of rage-inducing boss encounters to confound players. Let’s take a look at the 10 hardest bosses in Nioh 2, and the kind of punishment you can look forward to enduring.

Spoiler Warning: We’re going to be talking about a lot of the bosses of Nioh 2, including the final boss. If you don’t want to be spoiled please click away.

Magara Naotaka is the final challenge awaiting players in the Main Mission Corpses and Ice, and boy is it a doozy. Most boss battles in Nioh 2 are against either human foes or against monstrous Yokai that are several times the size of your character. Magara Naotaka bucks that trend, and the physically imposing ice-fiend wields a massive Nodachi in his corrupted fist and commands the supernatural powers of the underworld as well.

So while this duel can feel like one of the more mundane one-on-one encounters you are going to engage within Nioh 2, Magara Naotaka’s ability to summon a Yokai realm, in addition to his myriad elemental ice powers, makes it stand out from all the rest. Watch out for the incredible reach of his long blade, and unless you are running a heavy build, you are going to want to dodge his blows, rather than block them.

Tatarimokke is a nightmarish three-eyed owl that will push players to their limit during the encounter, which takes place at the end of the Main Mission, A Way Out. What makes Tatarimokke such a tough boss is its ability to attack from the ground and in the air. It’s able to turn the direction of its attack on a dime.

Tatarimokke’s weakest point is its three eyes, and destroying them will reduce the sinister Strigiformes capacity for mayhem. In particular, watch out for the devastating beam attack it launches from its third eye. Like an owl, Tatarimokke is able to turn its head almost all the way around and is able to easily attack even when you are standing directly behind it.

In a game full of demonic boss encounters, Kasha stands head and shoulders above the rest of the pack, at least in terms of sheer audacious design. A giant cat lady, Kasha is wreathed in unnatural flames and rides a pair of blazing wheels around like some kind of deconstructed chariot. She wields a long whip and is capable of launching charges that will send you reeling.

If you can keep your head and manage to attack from the flank, Kasha’s wheels are her week point, and if you can inflict enough damage, you can momentarily halt her momentum. Just watch out for the help she summons, as the Yokai she can call to her aid can turn the tide on you in a heartbeat.

Ryomen Sukuna is a devious and demonically infused statue that is essentially like fighting two separate bosses at once; capable of switching from flaming axe mode to an ice-infused bow in the blink of an eye.

Each side of the Ryumen Sukuna coin has the strengths and weaknesses that you would imagine from such an elemental foe, but the trouble is trying to take advantage of that fact while desperately trying to survive its onslaught.

There are conveniently placed red and blue crystals scattered around the arena that will imbue your weapon with either flame or ice respectively, and they can make this fight a lot easier if used correctly. Just keep an eye on what mode Ryomen Sukuna is currently in, as its ice archer aspect can really punish you from a distance.

Shibata Katsuie is a really tough opponent that will break a lot of players, mostly due to its insane aggression and the fact that it can be really hard to disengage and heal. Like with Magara Naotaka, the Shibata Katsuie encounter is part duel, part Yokai deathmatch, and this tusked samurai boss loves to get up close and personal, constantly putting you on the defensive.

The key to success is to lean into that defense. Don’t waste your precious Ki attacking this juggernaut in between combos, bide your time and wait for Burst Counter opportunities to turn the tide.

Daidara Bocchi is a titanic boss encounter that you can look forward to in the Main Mission The High-Spirited Demon. Emerging from a crack in the earth, Daidara Bocchi is as large as a castle wall and serves as a true David and Goliath moment in Nioh 2.

You are going to spend a lot of time dodging its attacks and chipping away at its fingers wherever possible until an opportunity to attack an exposed weak point presents itself. Stay mobile, keep moving and don’t even try to block its colossal attacks!

Lady Osakabe is actually, even more, imposing physically than Daidara Bocchi, although in a more monstrous way. This fight plays out kind of like a hydra boss fight in other games; you must defeat each sentient tendril before you are able to attack the very core of this beast.

This fight can feel a little unfair at times, as other tendrils are able to attack you while you are locked on to the one in front of you. This is where most of the difficulty stems from, and can instead feel more like an intense juggling act than a life or death struggle, although it is certainly that, too.

Shuten Doji feels like an analog to the Magara Naotaka boss encounter, but instead of ice, you must contend with fire. Shuten Doji has access to devastating area of effect attacks, and the sheer speed and power of the thing can be more than a player’s nerves can handle, let alone their Ki gauge.

Drinking from the flask at its hip, Shuten Doji fits the mold of the stereotypical drunken samurai master, and its moves are unpredictable and difficult to anticipate. Focus on survival, and strike only when you see a clear opening.

We are in the home stretch now, but before you face the true final boss of Nioh 2, you must contend with Kashin Koji, a master of Onmyo magical arts, and thanks to his demonic strength, no slouch in melee combat, either.

With telekinetic and teleportation powers at its command, the battle against Kashin Koji is a grueling test of endurance that drags on through four separate phases, each more deadly than the last. The slightest mistake will be punished dearly, but even this level of difficulty pales in comparison to what comes next…

Otakemaru represents the ultimate challenge in Nioh 2, and this climactic final boss encounter will have you gripping your controller tightly and leave you sweating profusely.

This final confrontation will see you dancing with Otakemaru as it shifts between the three Yokai forms that you yourself have had access to throughout the game (Brute, Feral, and Phantom) and serves a final test of everything you have learned thus far.

There really isn’t too much to say, because at this point you have already overcome so much. Gird your loins, and prepare to die over and over again, as this is the true test of your mettle. You can do it, bring it home!

If you need more in-depth help mastering the samurai arts, be sure to check out our extensive guide wiki, and if you are stuck right at the beginning, check out our boss guides for both Mezuki and Enenra.