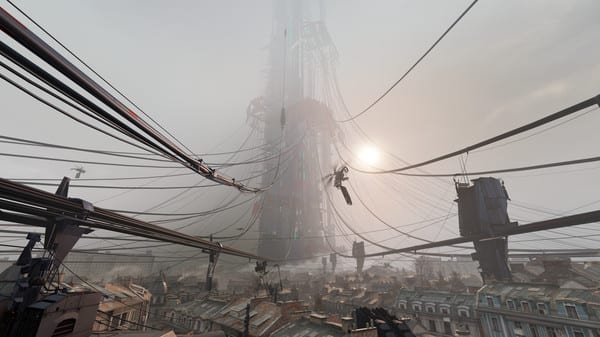 Nearly 16 years since the release of Half Life 2, a new Half Life game has finally released. Not quite the third game in a trilogy, Alyx is a VR exclusive title but shares a lot of similarities with the beloved original games. In case you’re about to jump in and are wondering what to expect, here’s everything you need to know about how long Half Life: Alyx takes to beat.

Alyx is actually a prequel, taking place before the events of the 2004 game. If you’re unaware of the story, the Steam page’s description reads:

“Playing as Alyx Vance, you are humanity’s only chance for survival. The Combine’s control of the planet since the Black Mesa incident has only strengthened as they corral the remaining population in cities. Among them are some of Earth’s greatest scientists: you and your father, Dr. Eli Vance.

As founders of a fledgling resistance, you’ve continued your clandestine scientific activity—performing critical research, and building invaluable tools for the few humans brave enough to defy the Combine.

Every day, you learn more about your enemy, and every day you work toward finding a weakness.”

How Long Half Life: Alyx Takes to Beat

As you’d expect if you’ve played a previous Half Life game, Alyx is a horror-tinged, first-person shooter that’s full of terrifying creatures and stunning set-pieces. The game’s reception has been amazing, suggesting that it’s one of the best VR games ever released.

In terms of how long it takes to beat, Half Life: Alyx is about 12 to 15 hours long. It’s a pretty linear experience, so most people will spend a similar amount of time with it.

Of course, your exact playtime can depend on how much time you spend looking around the environments, which is a must in VR, and whether you struggle with the combat or not. 12 to 15 hours will be about right for most players though.

That’s everything you need to know about how long Half Life: Alyx takes to beat. For more on the game, be sure to search for Twinfinite.

Bravely Default 2: How Long It Is & How Many Chapters There Are
Outriders: How Long the Demo Is
How Long Persona 5 Strikers Takes to Beat