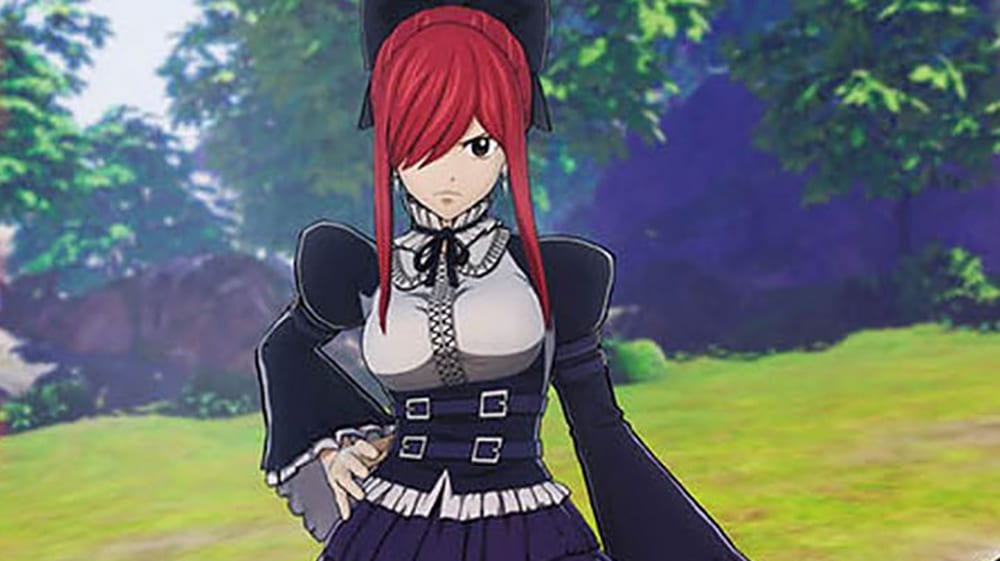 First of all, we get to see the addition of Gildarts Clive to the playable roster.

Interestingly, the images also showcase exchanges among characters that aren’t included in the anime, since you can involve in your party people who normally wouldn’t interact in that way.

Next in line is an expansion to the story. On top of what we have seen before, we take a glimpse at the Tartaros and Eclipse arcs, which will be covered by the game.

For those who appreciate cuteness, Erza’s costume from the Miss Fairy Tail contest will make an appearance as an early purchase bonus in Japan.

We then hear from producer Keisuke Kikuchi, who explains what the team achieved thanks to the recent delay.

Systems, production, and balance have been improved. New unison raids have been added (with the feedback from mangaka Hiro Mashima), alongside more flexibility in ranking up your favorite characters.

The balance of experience earned between party members and characters left out has been tweaked.

The Lacrima system has also been enhanced with more types of Lacrima that can be created, enabling more features.

Performance in battle has also been improved, alongside camera work and effects, including lighting.

Another element that has been tweaked for the better are character expressions during events and animations.

You can also see more gameplay from a Japanese livestream, the latest promotion video, the previous trailer, another recent railer, screenshots showing plenty of playable characters, and a TV commercial.

Fairy Tail will release on June 25 in Europe and June 26 in North America for PS4, Nintendo Switch, and PC.