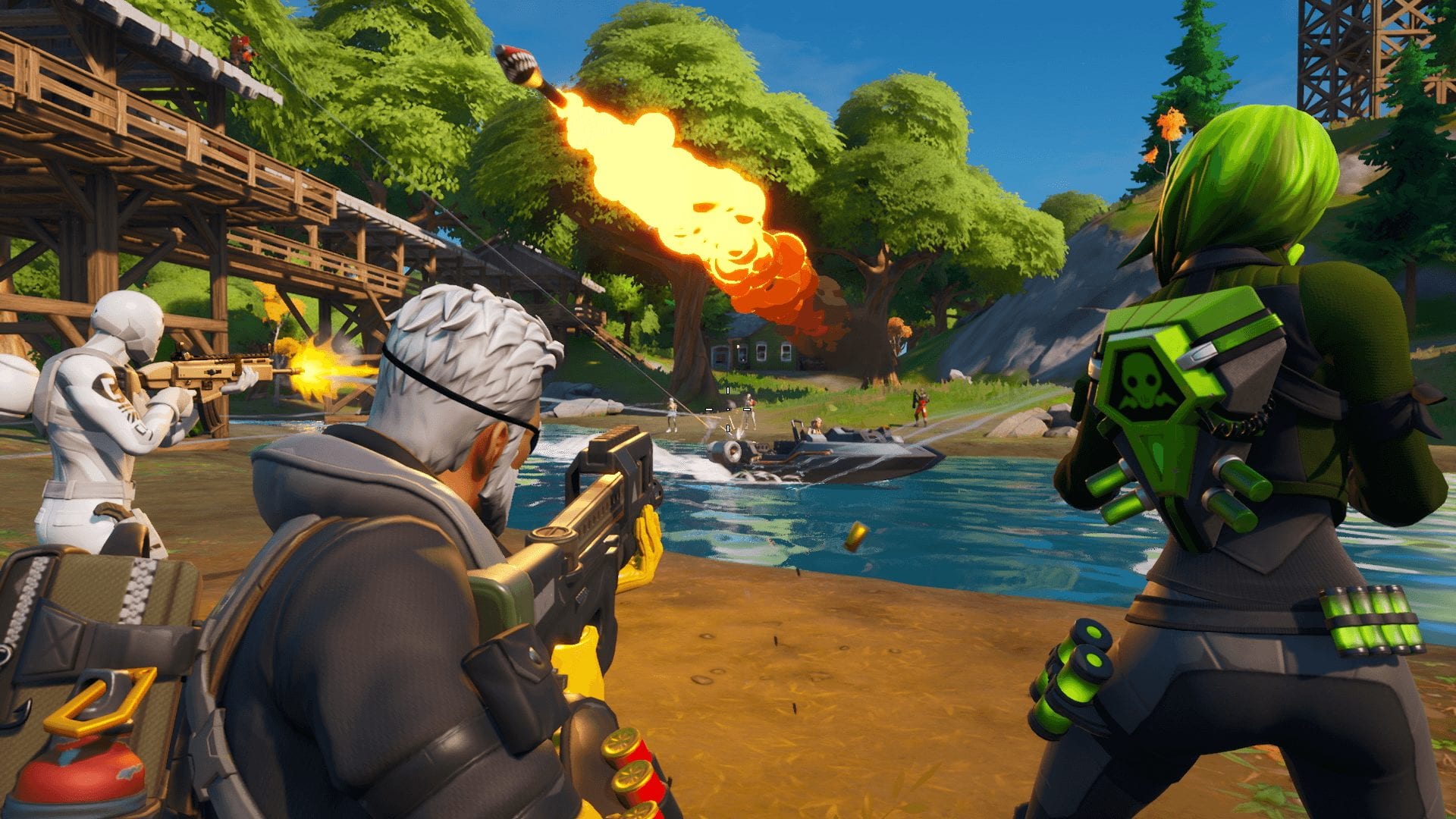 Back in October, Epic Games did some crazy stuff with its juggernaut Battle Royale title, Fortnite.

After its black hole event that shut the game off for 40 hours, it returned with a new map, gameplay features like swimming, fishing and upgrading weapons, a reworking of the leveling system, and much, more more. It was an enormous overhaul of the BR experience we’d got so used to over the past 10 seasons.

Things were looking good for Fortnite Chapter 2. As someone who had admittedly began to lose interest in Fortnite towards the tail-end of Chapter 1, I welcomed all of the changes and improvements made in Chapter 2 with open arms.

Even better, I thought, Epic Games would continue to pump out quality content and improvements to the game through its weekly patches and content updates.

For whatever, unknown reason that Epic won’t divulge, fans have been left in the dark regarding what each of the updates have brought. While patches have still been releasing for the game, the usual fanfare or announcement of patch notes from the game’s official social accounts has been far less frequent.

A stark contrast from the relentless barrage we got in Chapter 1. That’s not a complaint about Chapter 1, in fact quite the contrary. I liked being in the know!

These patch notes seldom offered up anything new and exciting in terms of map changes, or new weapons or gameplay features. 11.30 announced split-screen (which then swiftly got disabled as it wasn’t working properly), and 11.40 announced sidegrading at upgrade machines. Finally, the 11.50 patch notes unvaulted the Launch Pad in non-competitive playlists this week.

Between patches 11.30 and 11.50, there’s nearly a two-month gap, with only sidegrading in that time (and, admittedly Winterfest) to tide fans over. And let’s be honest, split-screen is neat, but it doesn’t change the core gameplay, while the unvaulting of an item we’ve seen before, while welcomed, isn’t all that exciting.

What’s made things worse is the lack of communication between Epic Games and fans regarding why there’s been a change in the release schedule of patch notes and content updates for Fortnite.

I have a hunch I can’t have been the only one who was getting a little fatigued by Fortnite by the end of Chapter 1, and so what seems to be a divergence in Chapter 2 from the exceptional ongoing support we saw prior to its release does seem a bit odd.

After all, new features, tweaks, and keeping players up-to-date with all of this is how you keep interest in your game as a service.

Whether Epic’s purposefully holding back on new gameplay features and map tweaks for the new season remains to be seen, but it hadn’t stopped them giving fans something new to get excited about almost every week throughout Chapter 1.

The severity of the issue is only compounded by the fact that Chapter 2 Season 1 is seemingly going to go on forever.

Where most seasons in the past stuck to the usual 10-week schedule, Chapter 2 Season 1 has been going on for upwards of 16 weeks by this point.

With a dearth of new content or game modes to keep players logging in, what should have been one of Fortnite’s most exciting seasons has become one of its most stale.

To its credit, Epic has been busy with some rather major behind-the-scenes changes that might explain its less fervent weekly support of Fortnite. Bots were added in, making for a more balanced and enjoyable experience for players of all skill levels, and with update 11.50, the game official made its transition to Unreal’s Chaos Physics Engine.

Hopefully, Chapter 2 Season 1 will turn out to be the anomaly season when it comes to exciting additions throughout its duration, and Season 2 will return to a more familiar, regular, and consistent schedule for patch notes and updates.

With Apex Legends Season 4 really upping the ante, Epic needs to roll up its sleeves if it wants Fortnite to remain the king of battle royale.