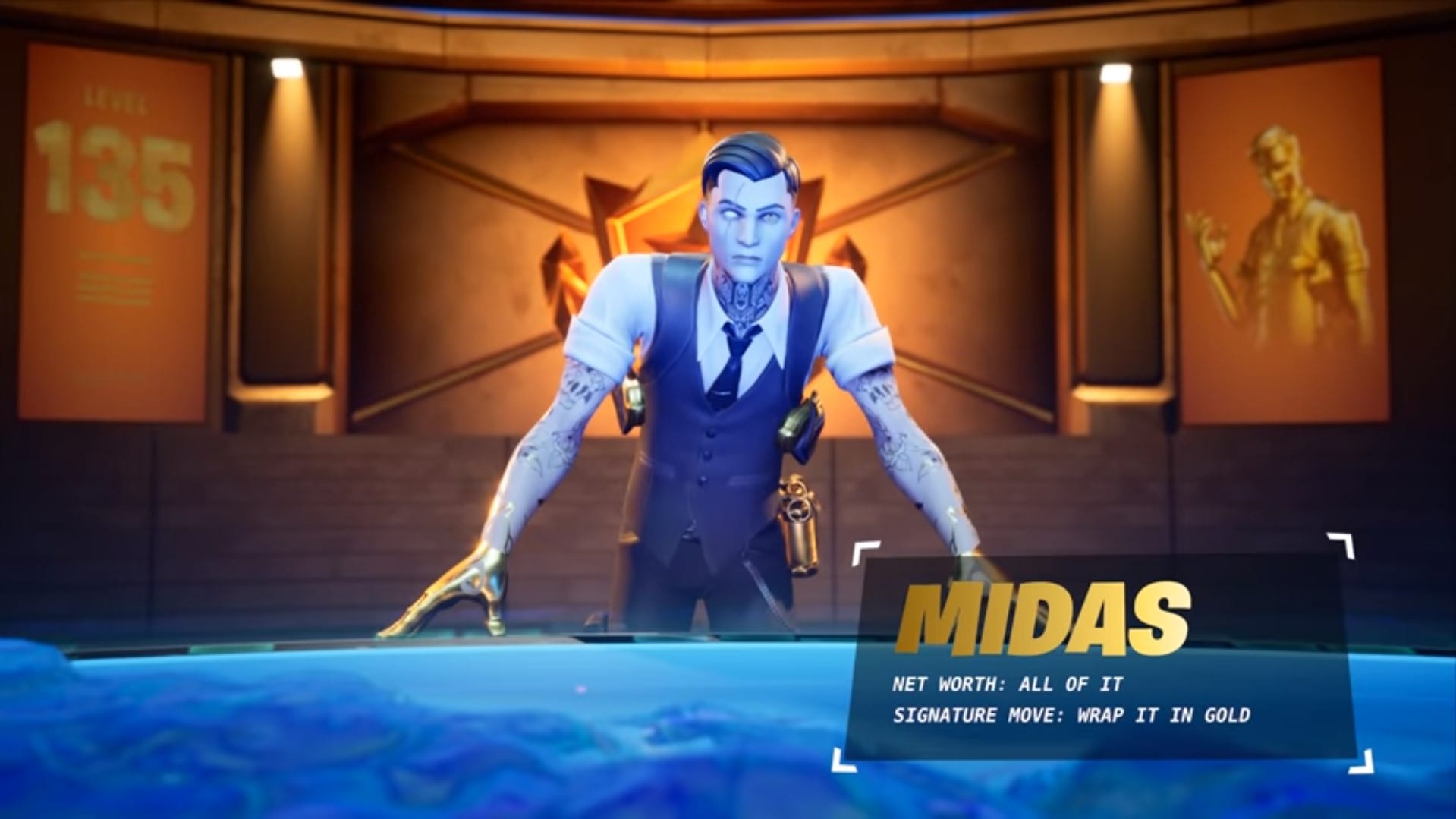 Fortnite Chapter 2 Season 2 has arrived, bringing with it big changes to the game. Map changes have occurred, new weapons have been added to the arsenal, and most importantly for players looking for something to work towards, a new Battle Pass has arrived. At the very top of the Battle Pass tiers, you’ll find the legendary Tier 100 skin. Here’s everything you need to know about Fortnite Chapter 2 Season 2’s Tier 100 skin.

So let’s cut right to the chase. The legendary skin sitting at the very top of the Battle Pass for this new season is the Midas skin. This is a skin that looks kinda villain-ish with golden hands.

It has unlockable styles, which once unlocked will allow you to turn Midas more and more into gold, until he’s literally a solid gold man.

You can check out what it looks like, as well as its description down below. The Midas skin is part of the Golden Ghost set.

Rumor has it that this could actually be a reference to King Midas, who had a touch that could turn anything into gold, known as the ‘Midas Touch.’ Considering the gold handprint, and the general theme of gold running through the various teasers for the new season via the official Fortnite Twitter account, this seems plausible.

You can check out what Fortnite’s Midas looks like in his final unlockable styles Shadow and Ghost below. The Shadow style puts him in a black suit with his all-gold body, while the Ghost style puts him in an all white suit. Dapper!