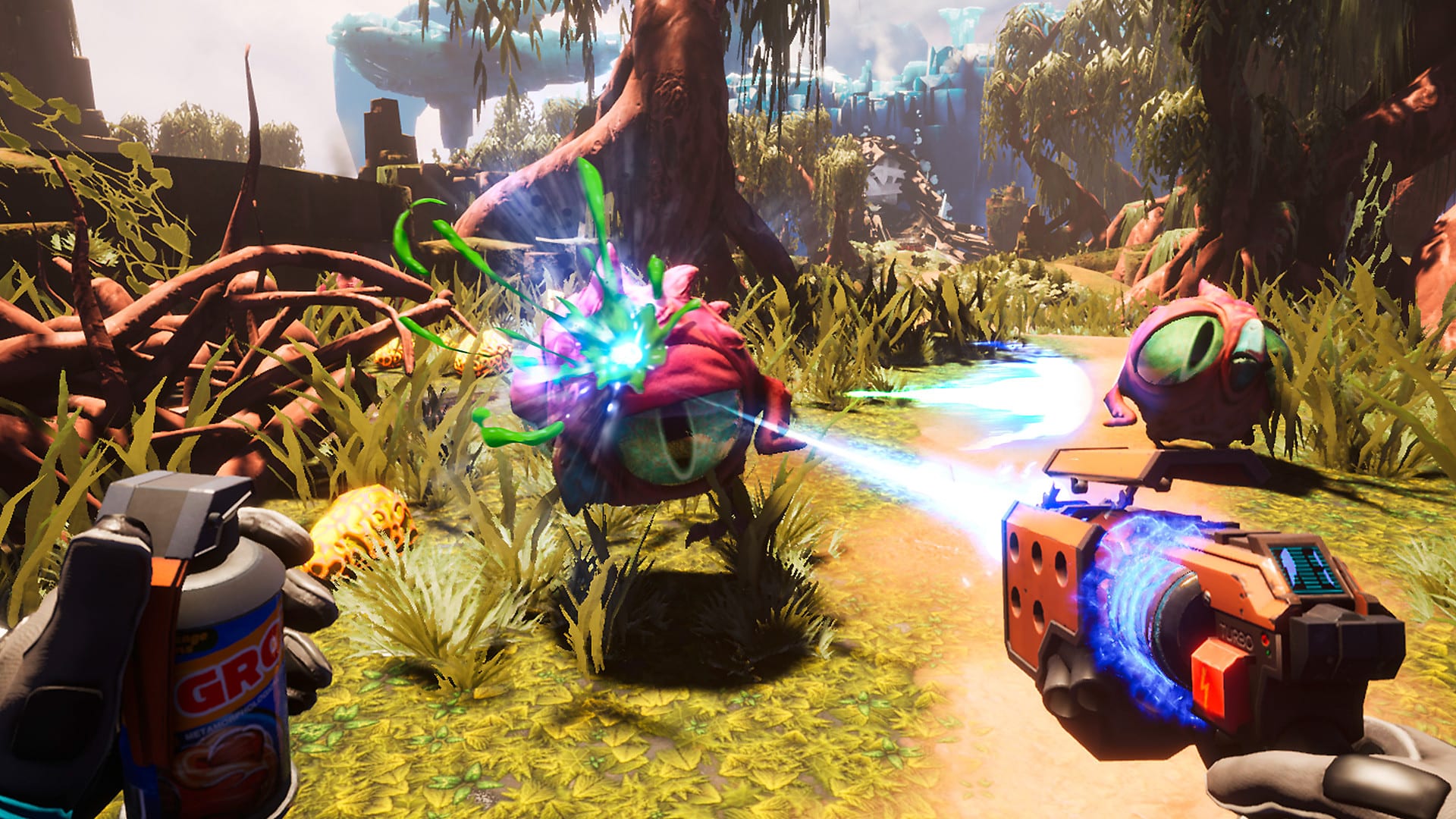 Getting Jump Thrusters in Journey to the Savage Planet

Right towards the beginning of your adventure, you’ll come across a gap you simply cannot jump with your basic X/A/ Space Bar jump. It’s too big of a gap.

This will trigger the game into initiating a quest called ‘Fixer Upper.’ In this quest, you’ll be tasked with finding a material you need to repair your Jump Thrusters.

Follow the objective marker on your map into the cave system, and use the fauna in here as a torch to light the way. You can also use your scanner by pressing up on the d-pad to find your way through, though it’s not quite as practical.

Eventually, you’ll come to a shrine. Make your way up there using the outside of the room to slowly ascend, and then press Square to extract and analyze the liquid in the shrine.

With the material acquired for the ‘Fixer Upper’ mission in Journey to the Savage Planet, all you need to do now is return to the Javelin (using the nearby alien teleporter), to craft the Jump Thrusters from the 3D Printer.

Now that you’ve got your jump thrusters all repaired, you can double jump by pressing X on PS4, A on Xbox One or Space Bar on PC while you’re already jumping and in mid-air.

Your jump thruster ‘stamina’ so to speak is indicated by a yellow gauge around your reticle in the center of the screen.

To triple jump with your Jump Thrusters in Journey to the Savage Planet, you’ll need to progress a little further. Eventually, you’ll find areas you need an additional jump to reach.

The triple jump upgrade is one you’ll automatically unlock as you progress through the game’s story, just as the original Jump Thrusters ‘upgrade’ was.

Finally, you can unlock the Quadruple Thrusters by reaching Rank 3 and crafting them from the 3D Printer. You just press the jump button again while in mid-air to give yourself another burst into the air.

That’s everything you need to know on how to get jump thrusters and double jump in Journey to the Savage Planet. For more tips, tricks, and guides, be sure to check out our ever-expanding guide wiki, or search for Twinfinite.