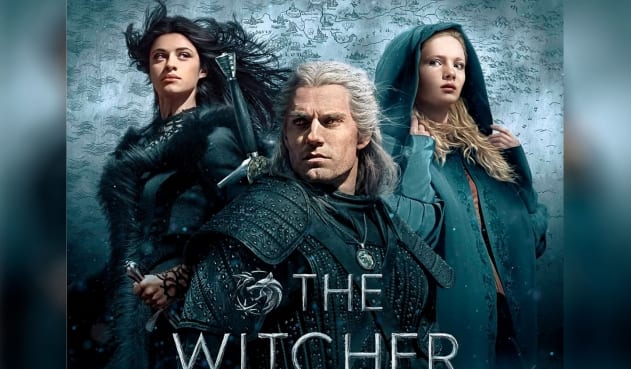 The Witcher 3: Wild Hunt is once again booming following the release of Netflix’s adaptation with record concurrent player counts recorded in the past few weeks. Its modding community, too, which has long been thriving, also seems to be posting new mods with ever more frequency.

As you can imagine, a number of modders are having fun changing features of the game to appear as they do in Netflix adaptation. So, if you’re a PC player fresh off your Netflix binge and fancy making some changes to The Witcher 3’s characters, weapons and equipment, and its overall design, then read on.

Most of these mods are very simple to install, requiring you only to create a “Mods” folder in your Witcher 3 directory and extracting each downloaded file to this new location. However, you will find specific instructions for each mod within the link provided if you need help.

We plan on adding to this list moving forward if we spot more.

Let’s start basic. This very simple mod changes the game’s desktop item from Geralt’s normal medallion to the one seen in Netflix’s show.

Even if you aren’t in love with the idea of toying with CD Projekt Red’s masterpiece too much you should be able to appreciate this one given that this medallion design is actually more lore-friendly. Download it here.

The Witcher 3 has one of the best soundtracks of all time, but if you’re a fan of the show’s music and want to add one or two of its tracks to spice things up then you have a few options.

First, if it’s just that annoyingly catchy Toss a Coin song you’re after, look no further than this specific mod. But for those that want even more, including tracks like Her Sweet Kiss, The End’s Beginning, and The Song Of The White Wolf then download this one.

A must-have mod if you’re particularly keen on changing the look of the game’s main characters to those in the Witcher Netflix show. As of right now, only Henry Cavill and Anya Chalottra (Geralt, Yennefer) are available, but modders Adnan4444, the author of this mod, has said Ciri is on the way. Download it here.

If you really can’t get enough of Cavill and you want to take things a step further, yes, there’s a naked mod available here, ya filthy animal. It may not be compatible with the above version, though, so you’re likely limited to one or the other. Decisions, decisions.

If you just can’t wait for the Ciri to be included in the previously mentioned mod pack from Adnan4444 then here’s one to tide you over. This mod changes Ciri’s eyes to a light-blue appearance as they are in Netflix’s show.

Update 05/18/20: Here’s a new mod that changes Ciri’s appearance to that of Actress Freya Allen.

If you like the look of Cavill’s toxic black eyes after drinking a potion in Witcher Netflix, then there’s one here you’ll appreciate. This mod is compatible with Adnan4444’s mod, too.

This mod compliment’s Adnan4444’s Henry Cavill mod really well. It retextures the Standard Kaer Morhen Outfit, Hunting Trousers, and Griffin Gloves. You’ll obviously have the Kaer Morhen jacket from the very start, while the other two items are available from merchants and a specific quest.

For this particular mod, we recommend you read the installation instructions carefully. It isn’t all that tricky, but you should install another particular mod as well for the best results.