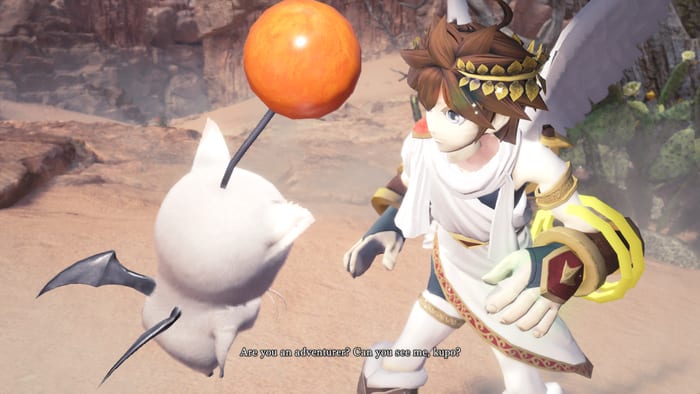 I’m sorry to all of the Kid Icarus: Uprising fans out there; thanks to all of the hard work and dedication that he puts towards Super Smash Bros., it’ll probably be a very long time until Sakurai can give us a proper sequel to the 3DS cult hit starring our winged hero, Pit.

Sakurai even said in an interview around the time of the game’s release that he doesn’t want to make a sequel and that maybe someone else can bring the franchise back in 25 years time, but who knows.

Anyways, if you can’t get enough of Pit and his charming sense of humor and style, then you might be interested in checking out this neat Monster Hunter: World mod that brings Pit (and Dark Pit) into Capcom’s action-RPG, well only the PC version. Sadly, mods aren’t a thing for the console versions.

The mod comes from JtheDuelist over at Nexusmods and it basically replaces the male Gala Suit armor with Pit’s design from Kid Icarus: Uprising. There are even extra voice mods that give you voice lines and sound effects from Super Smash Bros. Ultimate.

So, if you want to hunt a Rathalos or a Zorah Magdaros with this beloved angel, then make sure to install this mod to your game. And enjoy it while you can because this might be the closest we’ll ever get to having Pit in a 3D action game, unfortunately.

You can check out some images below of the mod in action if you want to see how Pit looks in-game:

(Images obtained via permission from modder)

For more on Monster Hunter: World, you can check out our review for the new frosty expansion, Iceborne, and the best Monster Hunter mods from November.

What do you guys think of the Pit mod? Do you plan on installing it into your game? Do you miss Kid Icarus games? Let us know in the comments below!