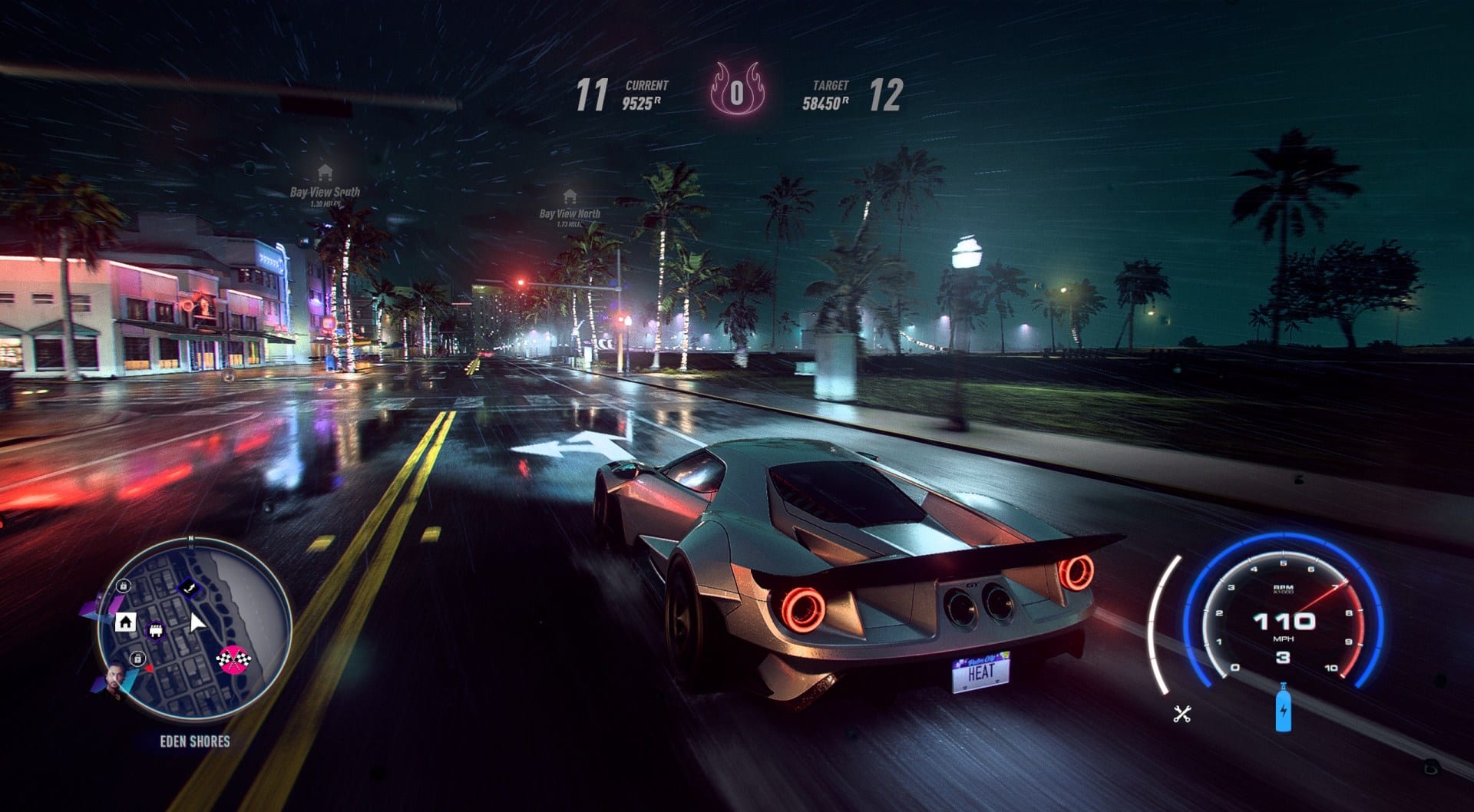 Just as most Need for Speed games are, Heat is all about winning races to upgrade your cars. Some of the parts you need to increase your cars’ stats significantly aren’t easy to get though. So that you can add them to your favorite ride, here’s everything you need to know about how to unlock Ultimate Parts in Need for Speed Heat and what they do.

Most parts are unlocked in the game as you increase your REP level. As you complete races and escape cops at night, you’ll earn points when you bank them at a safe house, allowing you to level up and unlock more cars and parts.

Ultimate Parts are among the best parts in the game, allowing you to max out your cars’ rating.

They are not earned by levelling up your REP. Instead, they are given out randomly as rewards for completing High Heat Events.

These are only unlocked further into the story and require you to be pretty experienced. They can only be played at Night and look like normal events on the map, until you highlight them and it says that you need to be at at least Heat Level 3 before you start them.

Therefore, once you’ve started a night stint, win some races and try to move around the map after each one to avoid the cops. Then, once you’ve reached Heat 3, head to the location of the High Heat Event and start it, as long as you’re not being chased by the cops a that time.

Then, in the race, your opponents will scale to your car rating, making the race difficult, and the cop presence will be higher than usual, starting at Heat level 3. Then, try and win it.

If you manage to do so, you’ll then need to lose the cops and get back to a safe house in one piece to bank the REP. However, it seems like you’ll still get the part next time you head to a safe house, even if you’re busted following the completion of the event.

When you enter the garage, you’ll be shown what part you’ve unlocked when you REP level and money increases are confirmed.

However, you’re not guaranteed to get Ultimate Parts as rewards for completing High Heat Events. They could be lower class parts, such as Elite, but you’ll just need to keep completing them until you get the Ultimate Part you’re after.

You’re best to attempt these High Heat Events at a higher REP level if you’re after Ultimate Parts, with you being more likely to get them once you’re at level 50.

Then, head to the Garage part of the Safe House and customize your car by adding the new part to it. The upgrades to your cars’ stats will be shown in the top right of the screen.

In short, here’s how to get Ultimate Parts in Need for Speed Heat

That’s everything you need to know about how to unlock Ultimate Parts in Need for Speed Heat and what they do. For more tips and tricks on the game, be sure to search for Twinfinite.