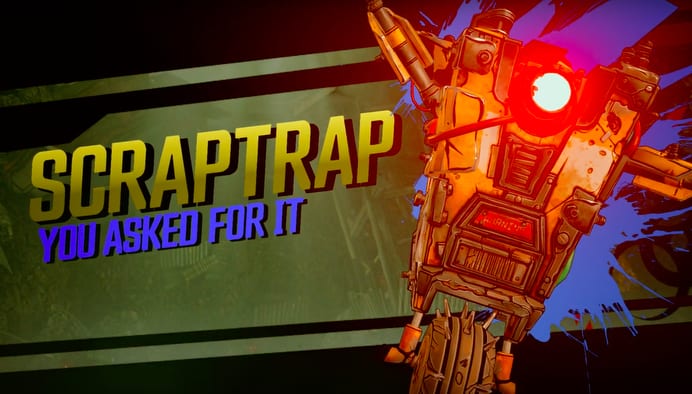 Borderlands 3‘s Moxxi’s Heist of the Handsome Jackpot has its fair share of challenging bosses to fight, and the double whammy of the Scraptrap Nest and Scraptrap Prime is no exception. That’s why we’re here to walk you through the best way to smoke the mouthy monstrosities.

Encountered about two thirds of the way through Borderlands 3’s Moxxi’s Heist DLC, the boss fight against the Scraptrap Nest and Scraptrap Prime occurs as you make your way through Trashlantis.

While it’s far from the hardest boss battle in the DLC – that right goes to some of the later battles you’ll come across – it can trip you up if you don’t stay on your toes and approach it with the proper tools and strategies.

This is doubly true when you consider that it’s two fights rolled into one, tossed at you back to back with little to no rest time.

To that end, you’ll want to go into it with a strategy prepared and ready, and we’ve got one that’s perfect for any build.

How to Beat the Scraptrap Nest

When the Scraptrap boss fight starts in Borderlands 3’s Moxxi’s Heist DLC, you’ll be pitted against the Scraptrap Nest; basically a wave of smaller Scraptrap units that continuously flood into the arena.

Each has a yellow Armor health bar that is resistant to Fire damage and weak to Corrosive damage, and while not too strong on their own they can quickly tear through your health should you get ganged up on by multiple units at once.

Fortunately, each one can be killed with only a few hits and can only deal real damage to you from up close.

Keep your distance from the Scraptraps that spawn and pick them off from afar with mid to long-ranged weapons like pistols, assault rifles and sniper rifles. If they start to surround you or get close to you, move backward while clearing them away with shotguns and grenades and create some distance.

Before long, you should deplete their health bar and move onto the next phase of the fight.

After clearing the Scraptrap Nest, a larger enemy known as Scraptrap Prime will emerge. Though similar to normal Scraptraps in terms of its move set, it boasts higher attack power and a ranged buzz saw attack that can deal heavy damage from a distance.

Fortunately, it’s imprecise and is easy to dodge so long as you keep your distance and keep moving around the boss arena.

As soon as the fight shifts into its Scraptrap Prime phase, head to the outer portion of the boss arena and continue moving around it without stopping. This will put you out of range of most of Scraptrap Prime’s attacks, and you can pick away at its health bar slowly but surely.

When it launches its ranged attack, look for the gaps between the buzz saws and move into them to keep from taking any damage.

Keep this up, and eventually you’ll have taken down the first of Borderlands 3’s Moxxi’s Heist DLC bosses.

Hopefully this cleared up how to beat the Scraptrap boss fights in Borderlands 3’s Moxxi’s Heist of the Handsome Jackpot DLC. For more on the game, check out our guide wiki. It’s got plenty of helpful guides on topics like how to get the AutoAime Sniper Rifle and who Timothy Lawrence is.