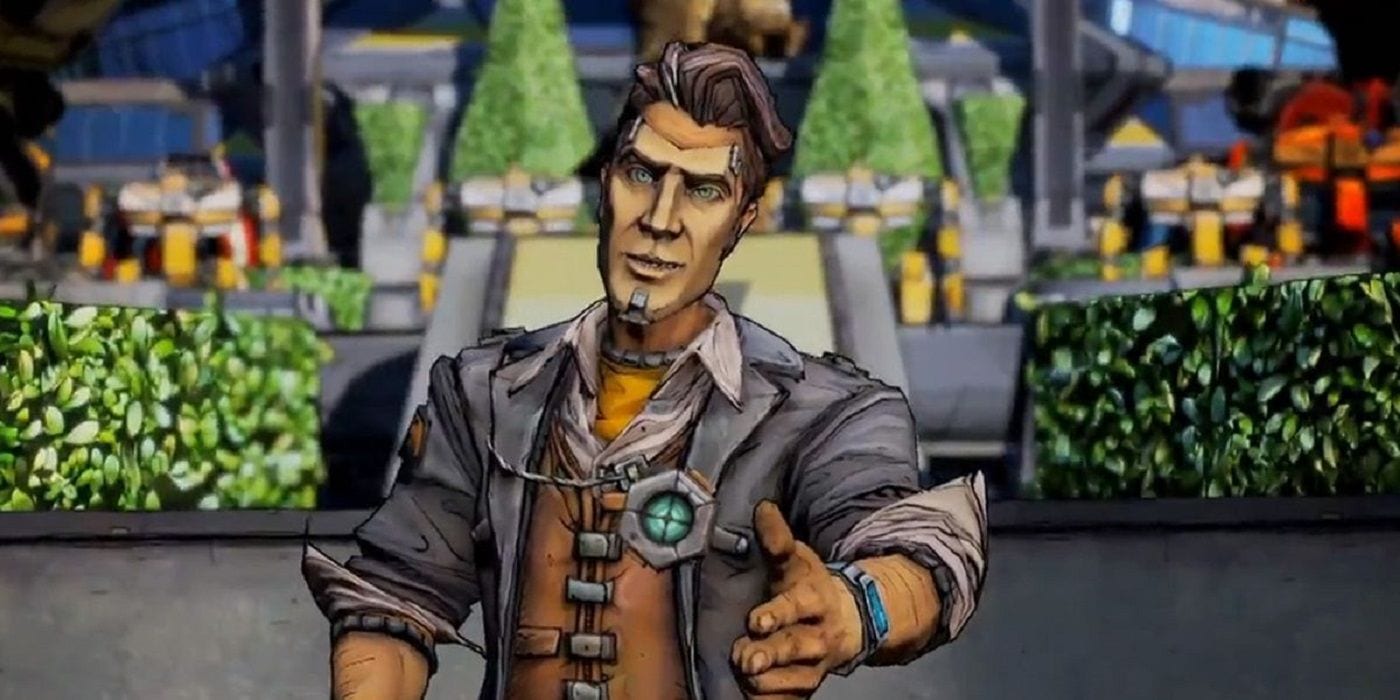 Spoiler warning: If you’re here, you probably have an idea what’s going on already and who Timothy Lawrence is, but in the second half of the article we’re going to talk a bit about his role in the story so skip that section if you’d like to avoid any spoilers.

While Timothy Lawrence is a key part of the Moxxi’s Heist of the Handsome Jackpot storyline, he doesn’t appear anywhere in Borderlands 3 proper. Instead, he was one of the DLC Vault Hunters available to those who played the Borderlands: The Presequel.

In the Presequel, he is revealed to be a young man who agreed to undergo major reconstructive surgery in order to resemble Handsome Jack, acting as his double in exchange for funds needed to pay off his student loans. He likewise has access to some of Handsome Jack’s technology, boasting control of Hyperion tech which he can utilize in combat.

This, in turn, allows him to fill the Doppelganger role alongside the other Vault Hunters hired by Jack to uncover the Vaults hidden on Pandora.

However, no mention was made of him in any logs in Borderlands 3, leaving his fate following the end of The Presequel unknown.

What Timothy Lawrence’s Role is in Moxxi’s Heist

Or at least, it was unknown until Borderlands 3’s Moxxi’s Heist DLC was released.

In it, Timothy Lawrence reveals that he was sent to the casino to stand in for Jack at its opening. Unfortunately, Jack was killed shortly after by the Vault Hunters in Borderlands 2, resulting in Timothy and the rest of the casino’s inhabitants being trapped in the resort for seven years.

With the arrival of Borderlands 3’s Vault Hunters though, he finally has a chance to escape, and is willing to provide some of the tech Handsome Jack left in his care toward your heist of its most valuable treasures.

And that’s all there is to know about who Timothy Lawrence is in Borderlands 3’s Moxxi’s Hesit of the Handsome Jackpot DLC. Hopefully it helps make his return a little sweeter and increase your investment in his struggle to regain his freedom.

For more on Borderlands 3, check out our guide wiki. It’s got plenty of tips, tricks and info on hot topics like how to get a 21 at Black Jack chests and whether the DLC increases the max level cap.