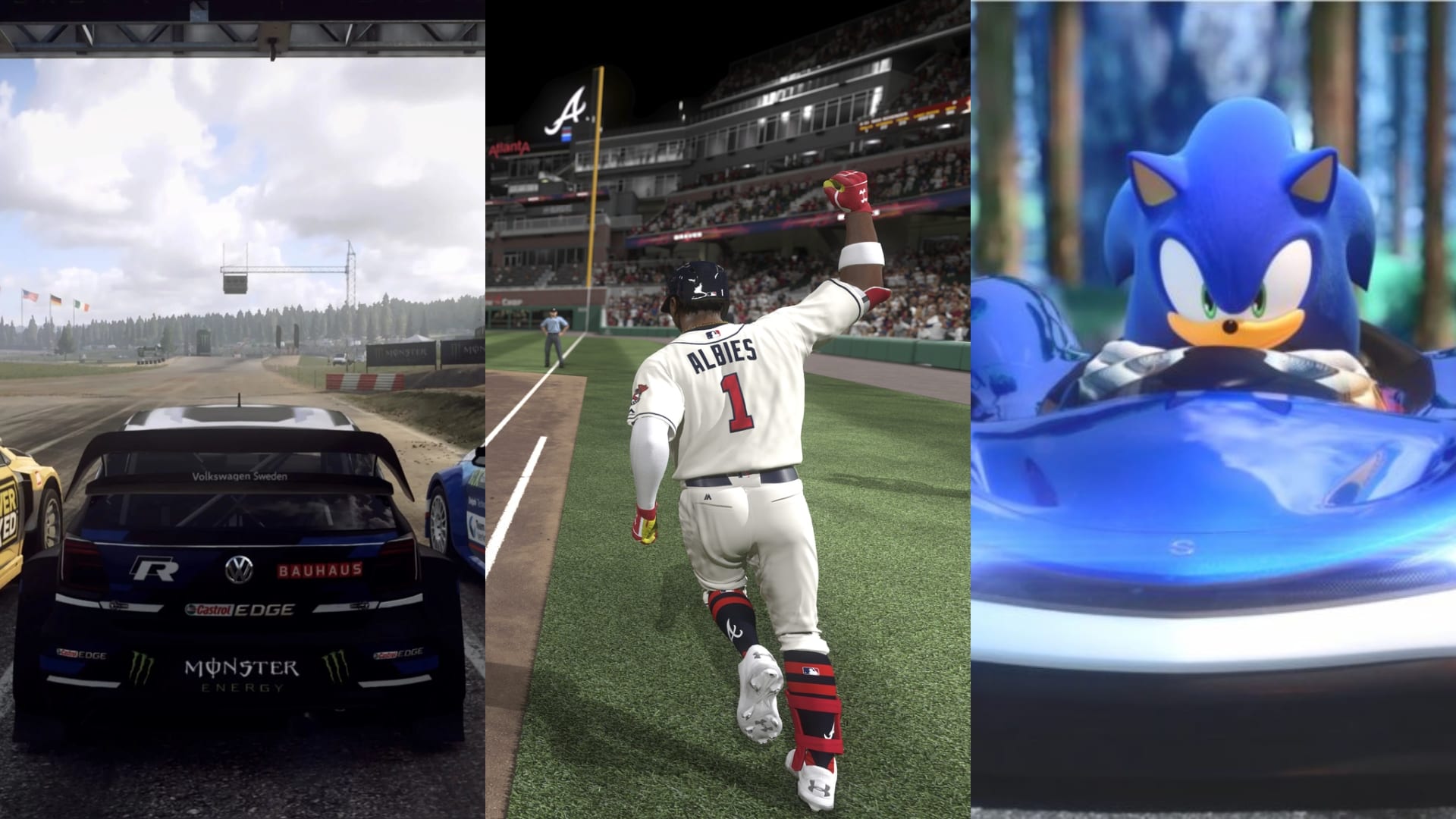 It’s award season here at Twinfinite! Today, we’re looking back at the best sports and racing games of 2019. Voted on by our editors, these were the games that our team felt featured the most exciting on-track action or were the most compelling recreations of popular sports.

Let’s start with some honorable mentions, followed by our two runners-up, and of course, our winner.

Deputy Guides Editor Tom Hopkins: Even though F1 2019 released just 10 months after 2018’s game, it is a nice step forward for the series. Much like the real world sport, a lot of it understandably remains the same, but Codemasters has made improvements in some key areas.

The addition of Formula 2 and an actual story added a great extra layer to the career mode, giving you a real reason to want to win races or beat other racers if you’re lower down the pack.

The beefed up multiplayer created some much needed competition, even if it was still chaos in busy servers at release.

Also, F1 2019’s graphics received an upgrade across the board. Every track, in any weather, looks great, but it’s the tight street circuits that standout. The surroundings of Monaco look so realistic, while the claustrophobic streets of Azerbaijan make every turn incredibly stressful.

All of that was on top of the excellent base that Codemasters had already set the year before. Its simulation driving mechanics continue to be the best around, so it’ll be interesting how the series takes a step forward again next year.

Senior Editor Hayes Madsen: These days, it’s hard for any kart racer to really stand out, what with the shadow of Mario Kart constantly looming over them. Yet, Team Sonic Racing manages to do just that with its unique team mechanics and distinctly Sonic style.

As the name implies, Team Sonic Racing groups its racers into teams of three. While you’re still technically competing for first, you’re also competing between teams, trying to ensure your team’s placement makes you the overall winner.

The basics are exactly what you’d expect out of a solid kart racer, with tight controls that let you drift and move with ease, a wealth of power-ups, and a whole host of customizable car parts. The more unique options, however, let you interact with your team.

The teammate in first will leave behind a gold trail, and by driving in that trail the other teammates can get a boost.

At the same time if a teammate is spun out, you can drive right up next to them in order to give a quick boost, and get them back on track. During the race a gauge charges, and when full, lets you use an ultra powerful team move that makes you invincible momentarily.

These team mechanics really give Team Sonic Racing its unique flair, on top of just being a solid kart racer. Combine all this with some great track design and fantastic music, and you have a racer that’s more than worth your time.

Deputy Guides Editor Tom Hopkins: Ever since Rivals, which launched alongside the new generation of console in 2013, the Need for Speed series has been in bad shape.

The attempted reboot in 2015 was dull and awkward in equal measure, while Payback was ruined by a cheesy story and inescapable progression issues that stemmed from microtransactions.

Heat goes back to basics in a few ways. Street racing is back, and so are the cops. Hitting the streets at any time of the day feels great, with every event being improved by the best track design the series has seen in a while.

Also, the Day/Night progression system, which sees you weigh up the risk vs. reward of trying to raise your heat level at night in order to get better cars and access to more events makes hitting the streets in the dark far more tense than usual.

There are some issues with over zealous cops and an underwhelming map but Need for Speed Heat is a welcome sign that EA’s long running series is on the up going into the next generation.

Deputy Guides Editor Tom Hopkins: As the more hardcore of Codemasters’ two rally series, Dirt Rally 2.0 is not for the faint of heart or racing novice.

The more than welcome 100 point difficulty scale and plethora of realism settings allow you to tweak the racing to how you like it, but the game isn’t afraid to throw you in at the deep end.

The phenomenal racing mechanics that the master racing developers have built up over years returns, albeit with tweaks that push the series forward.

Barrelling along the beautiful stages, focusing on every bump and every word your co-driven says, is exhilarating on a level that no other racing series matches.

The Rally Cross events allow you to be a bit more free and aggressive, but the opponents put up so much of a fight that concentration is just as vital.

Following the racing genre great under the Colin McRae name, and Codemasters’ own modern rally series, is tough, but Dirt Rally 2.0 is the best the sport has ever been in a video game.

Editor-in-Chief Ed McGlone: The obvious and biggest complaint levied against annual sport games are how little they fundamentally change from year to year. Especially towards the end of a console generation, it’s easy for franchises to just play it safe and look down the road a bit.

For a few years, MLB The Show looked like a franchise that was packing it in for next generation, Surprisingly then, San Diego Studios released MLB The Show 19 alongside a lot of truly remarkable features, new modes, and requested changes.

Diamond Dynasty received a massive overhaul making it more of a skill-based mode than it has ever been before in the past.

The biggest addition was the new Moments which challenges players to relive historical and memorable baseball moments with powerful cards as the reward. Rather than replacing anything that players liked, Moments launched alongside everything else and added an additional avenue for players to earn powerful cards.

Moments and other timed challenges showered players with rewards and as of MLB The Show 19 Diamond Dynasty became just as much about playing the game as it was grinding and collecting cards.

Lots of sport games though pay close mind to their monetized online modes, but MLB The Show 19 also took care of single-players too.

March to October was added this season and allows players to participate in a dynamic, single-season mode that challenges you to take every team in the MLB, no matter how dire their situation in 2019, to the World Series.

It’s fun and creative single-player game mode on its own merit, but it was also a way to improve your Diamond Dynasty team as well if you cared.

That’s not even all of it, but there’s no sense in rehashing our entire review. The bottomline is that MLB The Show 19 is an excellent end of generation effort from San Diego Studios and is worthy of being called the best sports game of 2019.