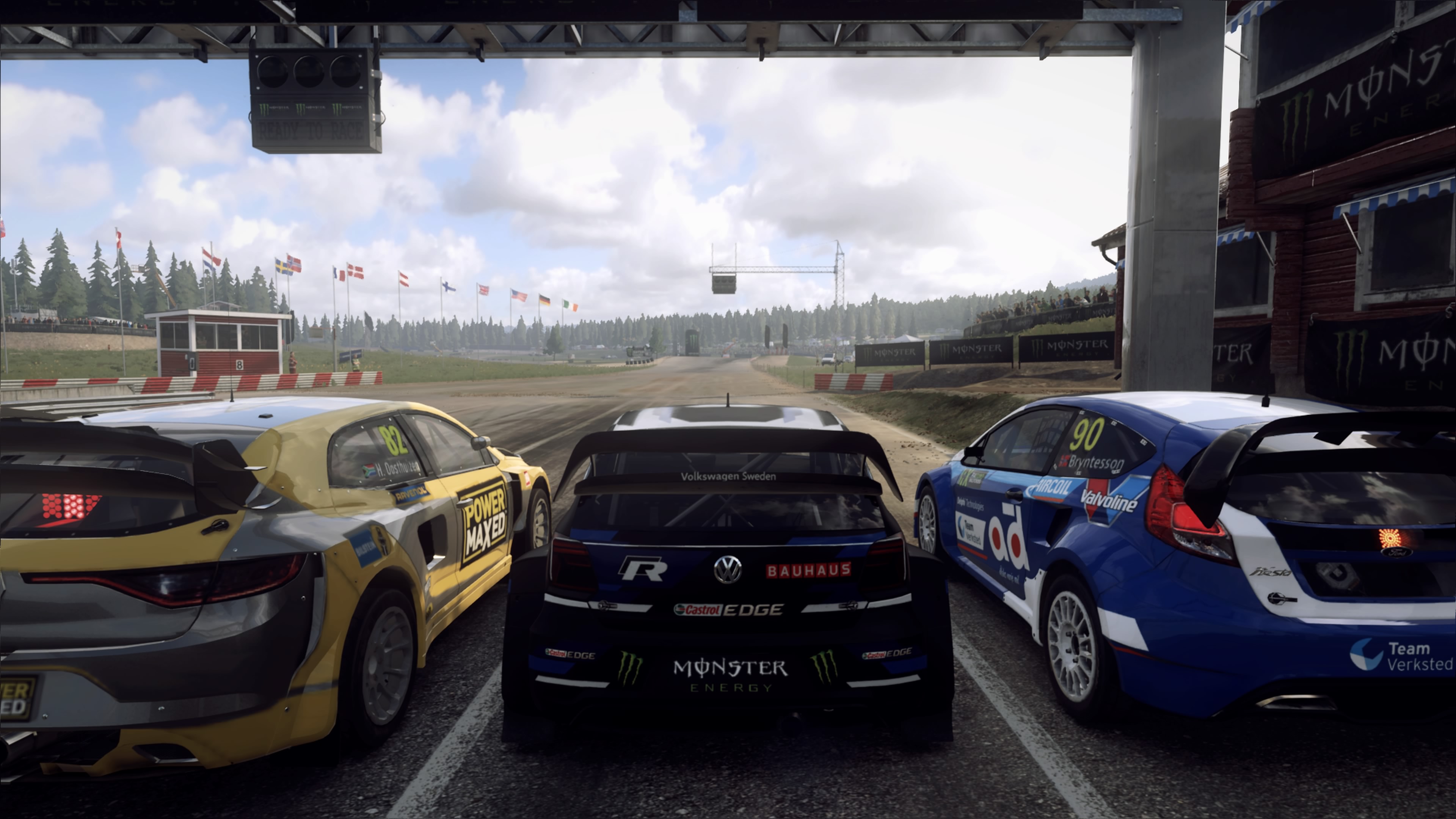 Codemasters are the masters of simulation racing. Their F1 games are excellent, but they up their game with every rally themed title they launch.

The core Dirt series is great and more accessible for the casual racing fan, but Dirt Rally is aimed squarely at the hardcore audience. That’s not in terms of indecipherable menus that allow you to alter every aspect of a car, instead putting all the challenge and depth into the handling and how power, terrain, weather, track degradation, and time of day all affect it.

Where it matters most, how driving feels, Dirt Rally 2.0 is the best Codemasters have ever produced. Whether you’re hurtling through the tree lined rally stages in New Zealand, or attacking the tight first corner in the ‘Hell’ Rallycross circuit, it’s exhilarating.

The cars are incredibly responsive, reacting realistically to every little input, allowing you to correct course and be precise with every turn.

Every car feels are sounds unique too. You have to learn how each one handles, how suited they are to each track type, and how adventurous you can be with the throttle. The older FWD Historic cars feel heavier and stick to the track, and the RX Supercars are twitchier machines that’ll end your event if you let the back end drift out too wildly.

Each of the stages, and how they’re affected by weather, also need to be learned. You can’t drive in the same way on the slippery asphalt streets of Ribadelles as you would the tight mountain passes of Argentina. For the former, you need to be more considerate of the racing line to maximise grip, while the latter is all about well calculated breaking points that keep you from colliding with the rocks faces that surround each stage.

There’s a steep learning curve to every location, too. You’ll undoubtedly struggle at first, but you’ll come to understand how each surface works. After a few attempts, you’ll be flicking your car around the tight hairpins of Poland’s gravel roads and bouncing along the sandy stages in Australia. Getting to grips with a stage and nailing a few corners is incredibly satisfying. It’s disappointing that there are no snow stages as of yet, though.

On top of the cars and each location’s surface, you’ve also got time of the day and weather to contend with. Rain only makes handling even harder, especially on the sweeping Spanish roads that end the main career mode, and night time events demand intense focus.

You’ve also got a lot to think about as you drive or even prepare for a stage. Listening to every word your co-driver says is vital, because tuning out and misjudging a turn is a recipe for disaster. One mistake could spell the end of your event. Also, with you only getting five restarts per event (not even per stage), it’s often not worth worrying about smaller penalties or mistakes.

That’ll see you get intensely invested in each race, though, and it’s exhilarating. You’ll zone out from the world around you, focused on the next corner, fighting with the car to keep it along the right line. I felt myself tensing and turning in the direction of particularly tough corners and the fast-paced, frantic Rally Cross events had me straining the left thumbstick as if the harder I moved it, the better my car would turn. It’s breathless and an incredible amount of fun.

Some certain vehicle types do overstep the line between difficulty and fun factor, and the learning curve of Rally Cross can be frustrating for a while due to the precision required and unfair aggression of rival racers, but Dirt Rally 2.0 is perfectly balanced for the most part.

The variety of difficulty settings on offer also make it easy to give yourself a challenge that you feel comfortable with. The excellent 100 point difficulty scale returns, and there are different levels for Traction Control, Stability, and more that change how cars handle.

It may take you a while to find a level and setting that you’re comfortable with, and you may have to change as you move between event and vehicle type, but it’s comforting to know that there are plenty of ways to quickly ensuring that the challenge doesn’t feel unfair.

However, while the racing itself feels phenomenal, Dirt Rally 2.0 is a little light on content. The six rally locations and eight real-world Rally Cross tracks are just about enough. The modes in which you can experience them, though, are too basic.

My Team, which is billed as the main career mode, is little more than a selection events with the ability to buy cars and employ staff that can improve repair times. Aside from the credits you earn and a brief podium cutscene, there’s nothing that makes it a career mode. Really, it’s just the Freeplay events with a little more organisation added.

Also, the FIA World Rally Cross Championship, which you can play through via the Freeplay section of the game, is significantly more robust than the Rally Cross portion of My Team. There’s fun to be had with Custom Championships and Weekly/Daily Community Challenges, but they’re all little more that the same events in different orders.

As you would expect from a Codemasters racing title, Dirt Rally 2.0 is also beautiful. I encountered a couple of issues with shadows popping in, and textures on loose surface tracks often look a little blurry at around 10 feet ahead of you car, but the locations are otherwise stunning.

During sunny, daytime events, the sunlight bounces off the impeccably detailed cars, and the flashing of spectators’ cameras add another distraction at night. The coastal stages of New Zealand stand out most, though.

Where Dirt Rally 2.0’s visuals truly shine, however, is when you’re racing either at sunset or when it’s raining. The game’s lighting is excellent throughout, but the reflections in the puddles that cover stages and the orange light that bathes the whole location at sunset make you want to sacrifice a quick time to pull over and take a look.

Dirt Rally 2.0 isn’t afraid to throw you in at the deep end with its sophisticated rally action, giving you a lot to think about and a steep learning curve to conquer. Hurtling along the beautiful rally stages or fighting your rivals in a Rally Cross final is exhilarating. Even with some poorly structured content, Dirt Rally 2.0 is still the best simulation of the sport you’ll find.