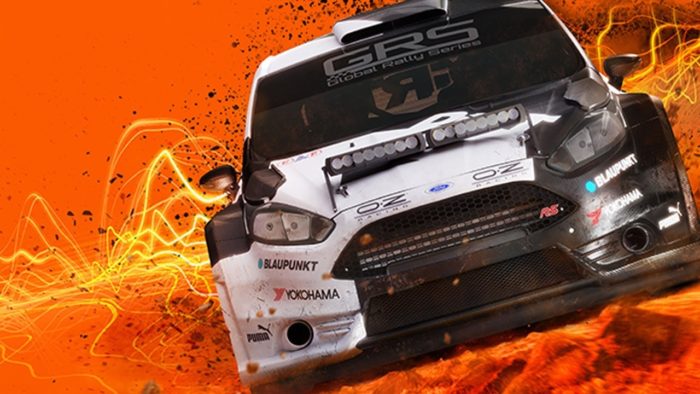 Track based driving games often collide with the issue of limited amounts of content. Taking on other drivers on familiar courses, with little more than the time of day to differentiate it from the time you raced easier opponents a few races ago, can become tedious – especially if those drivers do not pose much of a challenge. Yes, this gives you a chance to feel like you’ve mastered a track, but there is nothing like throwing your car into a turn that you have never seen before, hoping to come out on the other side in one piece. Through the sheer amount of content, and the track creation tool in particular, Dirt 4 constantly offers something new, challenging, and accessible.

Dirt 4’s robust career mode is where most of the action takes place. Standard rally is the game’s staple, so there are many competitions spread over a world’s worth of locations, with Rally Cross and Land Rush events adding some variety. As you compete in stages or races, you earn money to spend on hiring engineers, making deals with sponsors, and upgrading your cars so that you can more comfortably compete in the more difficult events. Everything from part upgrades to the catering staff have classes and as you become more experienced, and find yourself earning more cash, you’ll find better options that are at a higher class. You are constantly improving, not only as a driver, but as a team, and the rewards make the difference between coming first and third all the more important. 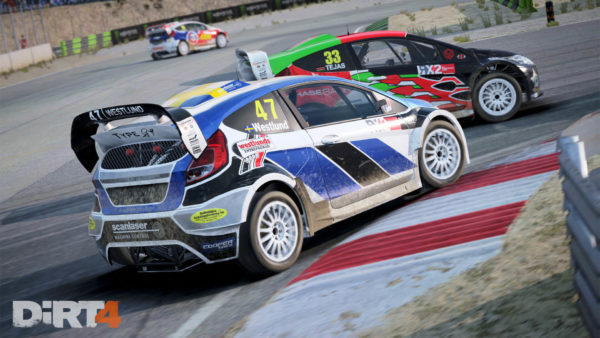 However, it is the track creation tool, called Your Stage, where the real depth of Dirt 4 is and it is this feature that will keep people coming back during these quiet summer months. In the Freeplay section of the Events menu, you’re able to create entirely new rally stages using just two sliders. All you do is determine the length and complexity of the stage, and Dirt 4 automatically generates a brand new track for you to test your skills on. Whether you want a long but simple stage in Finland to test you’re snow legs on, or a winding yet short one in the Welsh hills, you can have your own unique one in a matter of minutes. That stage can then be partnered with your career, awarding you all the sponsorship benefits that come with it. This means that there is an endless number of stages for you to compete on after the pre-set ones of the main career. Finishing the career doesn’t mean you have finished the game, it simply means you’ve finished the introduction and that there is much, much more for you to experience. The online offering also offers another level of depth to Dirt 4. You can join lobbies of racers and take on standard rally stages at the same time, with the leaderboard constantly changing as you progress. You can also battle on rally cross courses and you can even share the best stages you have created using Your Stage.

However, it wouldn’t matter if Dirt 4 had all that content and more if the driving itself wasn’t fun. Thankfully, attacking every rally stage or battling for the racing line in rally cross is consistently challenging and enjoyable. The first thing you do in Dirt 4 is choose between two handling styles – Gamer and Simulation. Gamer is more forgiving, makes cars more responsive, and allows vehicles to brake by simply lifting off the accelerator. Simulation is certainly more challenging since it removes many of the little aids but both ensure there is some competition. Make sure that you increase the opponent difficulty level, however, because even on Pro (the equivalent of normal) I was beating second place by upwards of 30 seconds on some stages and I’m far from the accomplished rally driver. It’s the combination of vehicle type and track location that create most of the challenge.

There aren’t many vehicles in Dirt 4, but while they each have their own feel and handling style, it is the track type that changes how playing Dirt 4 feels. The tight winding dirt tracks of Wales, the wide and high speed stages of Michigan, the asphalt mountain streets of Spain, and the snow wall surrounded roads of Finland all feel unique to drive on. In Michigan, you can push your car to its limits due to the open corners with no hazards to harm your time, but in Finland you need to be cautious because the walls of ice that line the edges of the stages can be vicious and colliding with them leads to large chunks or lost time and a damaged vehicle. It is a shame that the variety of locations isn’t shown off in the early career events because it would be nice to test your skills on the tough snow stages before the final quarter of the career. 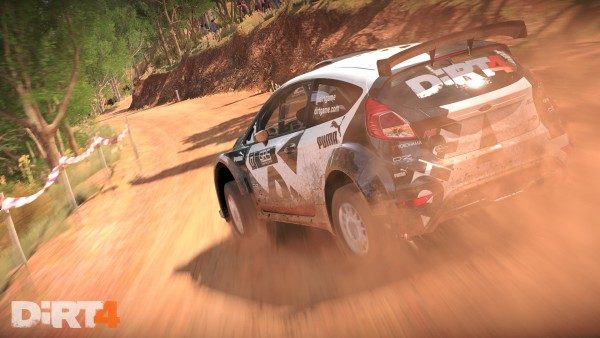 On any stage though, in any location, listening to your co-driver is vital. As he rifles through hazard warnings, upcoming corner tightness ratings, and speeds at you as you fly over a crest at 100 mph, you’re concentration needs to be spot on. He is always spot-on, if sometimes a little late, when it comes to telling you about the tightness of an upcoming corner. Whether it be a long hairpin, or a sweeping right hander, you need to prepare properly. Attacking a corner will lead to plenty of counter steering and preparing well will allow for carefully considered use of the handbrake. Learning to control the unruly rally cross cars and buggies can also be challenging. You’ll need to enter the first corner perfectly to get out in front of the chasing pack, or you risk being caught in physical battles or being blinded by the dust trails. It offers a different style of driving to the standard rally stages but that doesn’t mean you do not have to have your wits about you. Driving in Dirt 4 may always be challenging and requires constant focus, but it gives you enough information about everything from the cars to the next corner to make it perfectly accessible.

Dirt 4 is also the best looking game Codemasters has released to date. Each location looks spectacular, with fallen leaves at the edge of the track fluttering as you let the back end drift a little too far, or the slow build up of snow or dust on the back of the car over the course of a four stage event, adding to each setting. However, it is the lighting that truly makes Dirt 4 stand out. Stages can look very different depending on the time of day you set your time. A late evening or early morning run can see you climb a hill toward the setting or rising sun that bathes the stage in an orange glow. Fog could roll in over the Welsh hills, making stretches of stages difficult to navigate, leading to a more careful approach and slower time. The wet weather effects don’t match what is seen in the likes of Driveclub or Forza but Dirt 4 is certainly a sight to behold.

Dirt 4 manages what very few racing games do. It’s driving is challenging yet accessible, and it pairs this with an almost endless amount of content. The career mode is robust, and the stages are varied and beautifully designed, but the ability to create your own unique tracks using Your Stage is what sets Codemasters’ game apart from every other rally game that has come before.