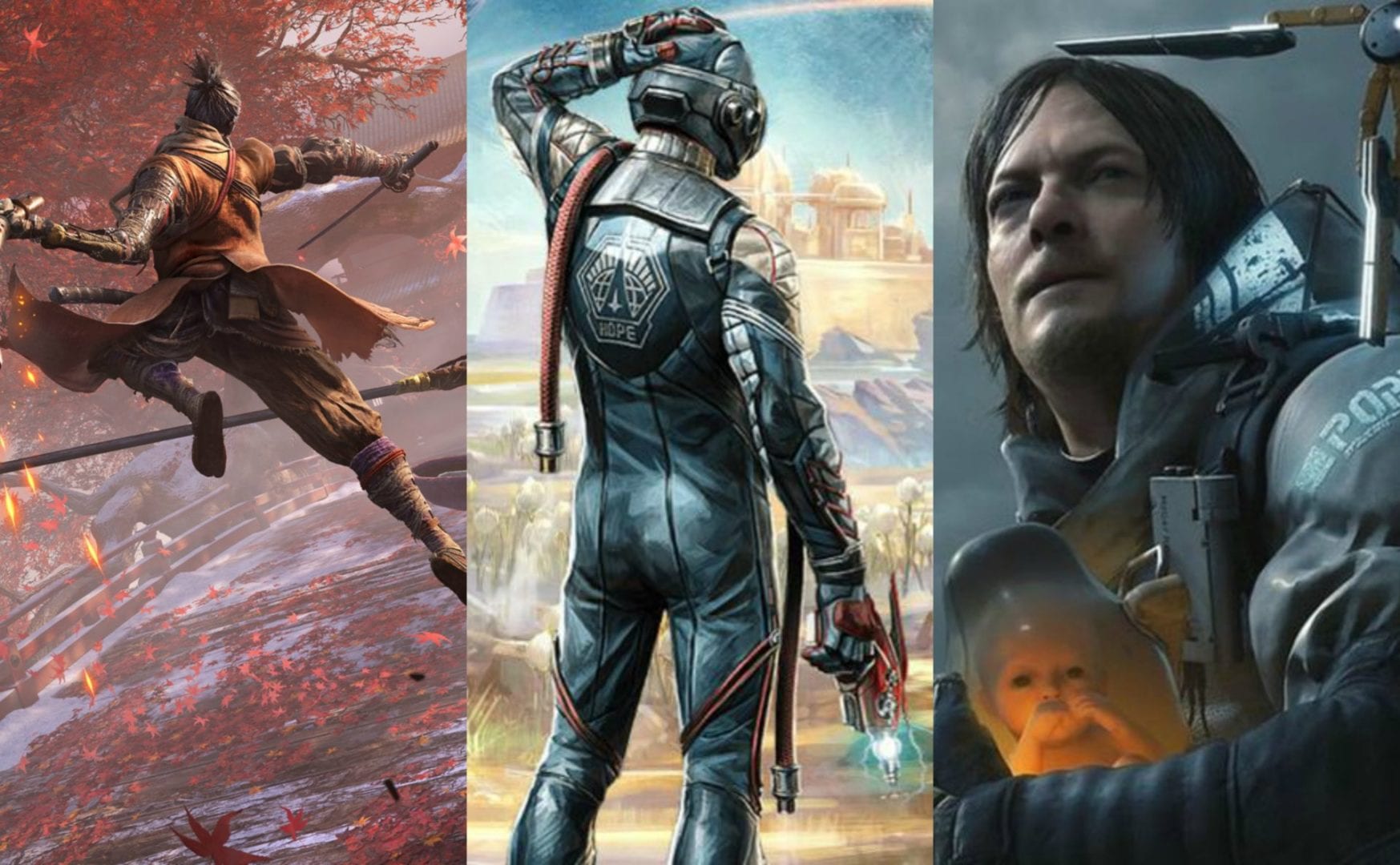 Before we wrap up the year and look forward to unwrapping our Holiday presents, we first have to look back at the most standout video games of 2019. Today, it’s time to crown the best new IPs of 2019.

Voted on by our editors, these were the best games that shook up the video game industry and had the most compelling worlds, engaging stories, and entertaining gameplay features.

Reviews Editor Zhiqing Wang: The CRPG genre seems to be making a bit of a resurgence, as evident by the success of Divinity and Pillars of Eternity. And you can add Disco Elysium to that growing list of games as well.

Everything about Disco Elysium has been carefully crafted; the grand city of Revachol, its characters, the narrative choices, and even the most minute details serve as some form of environmental storytelling.

This game feels delicately built around the multiple possible play styles that you can adopt, unraveling slowly as you coax information and clues out of the dozens of interesting NPCs.

It’s been a while since we’ve played a game that feels as intricate and original as Disco Elysium. While the game does falter a little in its final act, it more than makes up for that shortcoming with charm and character.

Senior Editor Hayes Madsen: Remedy has a long history of creating incredibly memorable games with unique mechanics, like the light and dark system in Alan Wake, or the TV-hybrid that was Quantum Break.

Control is much the same way, giving you access to supernatural telekinetic powers. In terms of a new IP, Control is about as ambitious as you can get. IT’s a game with an utterly unique aesthetic, an off-the-wall story, and a simply superb combat system.

The Old House is a fascinating location to explore, as it’s crammed with lore, creepy artifacts, and little secrets. The game draws inspiration from Metroidvania titles, layering on new abilities throughout the game that enhances your combat abilities and let you access new areas.

While it isn’t a straight-up horror game, there’s an air of unease and terror that permeates the entire experience, highlighted by angular architecture and moody lighting.

Control is Remedy doing what they do best, and there are plenty of twists and turns along the way. Hopefully, we’ll get to see Control stick around for a while.

News Editor Guiseppe Nelva: When Nintendo and PlatinumGames announced Astral Chain, it was a massive surprise. The game mixes the mastery of action from PlatinumGames with the sublime character design of Masakazu Katsura, a mangaka I’d have never expected to see featured in a game published by Nintendo.

It’s basically the closest thing we ever got to the Ghost in the Shell game we always wanted without actually being directly associated with Masamune Shirow’s iconic franchise. It’s also the first game as a director by Takahisa Taura, who had already shown his mettle as a lead gameplay designer in NieR: Automata.

When you have all those elements and talent coalescing into the same game, very little can go wrong, and with Astral Chain, nothing did.

Senior Editor Alex Gibson: FromSoftware has proved itself more than capable of creating a successful new IP several times in the past.

Bloodborne is perhaps its most celebrated title, an IP that, when it launched back in 2015 for PS4, offered a fresh take on the Souls formula the studio is best known for, with faster combat and a compelling Victorian-inspired aesthetic. And yet, for all its differences from the Souls series, Bloodborne was still intrinsically related to those games.

Sekiro: Shadows Die Twice, however, promised to truly branch away from that beloved but familiar formula for the first time. Far more than just its feudal Japanese setting, Sekiro’s gameplay put more emphasis on stealth, traversal, and storytelling.

This was all hugely exciting when it was revealed back in 2018, but we’ve how many times have we seen developers falter when straying from familiar territory?

We needn’t have worried. Sekiro is every bit as satisfying to play as we’d hoped, paving the way not only for a sequel that might possibly turn this into a hallmark franchise for FromSoftware, but also help them transition to more ambitious future projects like the anticipated Elvenring.

For years we’ve watched other developers copy the Souls formula and wondered what a FromSoftware game with a grander scope and storytelling would look like. Now we have our first taste and we’re eager for more. The future looks very bright indeed.

Editor-in-Chief Ed McGlone: I’m so happy Obsidian has the opportunity to now to develop their own ideas and IPs. They have taken on some of the most high-profile gigs over the years, and with The Outer Worlds they finally get to put everything they’ve mastered over the years together into something that is wholly theirs.

On a personal level, from someone who is just swamped with long games all the time, I’m glad that The Outer Worlds is a tight experience at least compared to other similar western-RPGs. It’s not as time consuming but it doesn’t sacrifice the quality of its writing, characters, choice-making, and gunplay.

The perk tree is fantastic and makes leveling up very exciting. There’s a wide variety of fun weapons that are geared towards certain builds. The companion system is one of the best we’ve seen and the amount of options you have to tackle quests is a treat for people like me that love choice-driven stories.

Combine that with its rich and humorous game world, and Obsidian has a foundational IP to go back to whenever they want and I bet very few will complain if they do.

Reviews Editor Zhiqing Wang: After wrapping up work on the Metal Gear series, we were all excited to see what Hideo Kojima would do next and if it could ever live up to the uniqueness and distinct identity of his stealth-action series. The answer is yes.

Death Stranding is, hands down, the best and more intriguing new IP we’ve played in 2019. Perhaps the most impressive feat that Death Stranding’s managed to pull off is that it’s an entire game built around fetch quests, which are only the most mundane and rudimentary kinds of quests you can do in video games.

It’s in the details where Death Stranding truly shines. Fetch quests aren’t just a matter of delivering items from point A to B; you have to plot your route carefully, navigate the treacherous terrain, all while making sure your character’s gear and equipment are in good shape. The game gets more challenging in interesting ways, with new environmental hazards and obstacles to contend with.

At the end of the day, there’s truly nothing more satisfying in Death Stranding than the feeling of successfully delivering a package in mint condition.

We’ve never seen anything else quite like this game, and it most certainly questions our own preconceived notions and definition of what a video game should be.