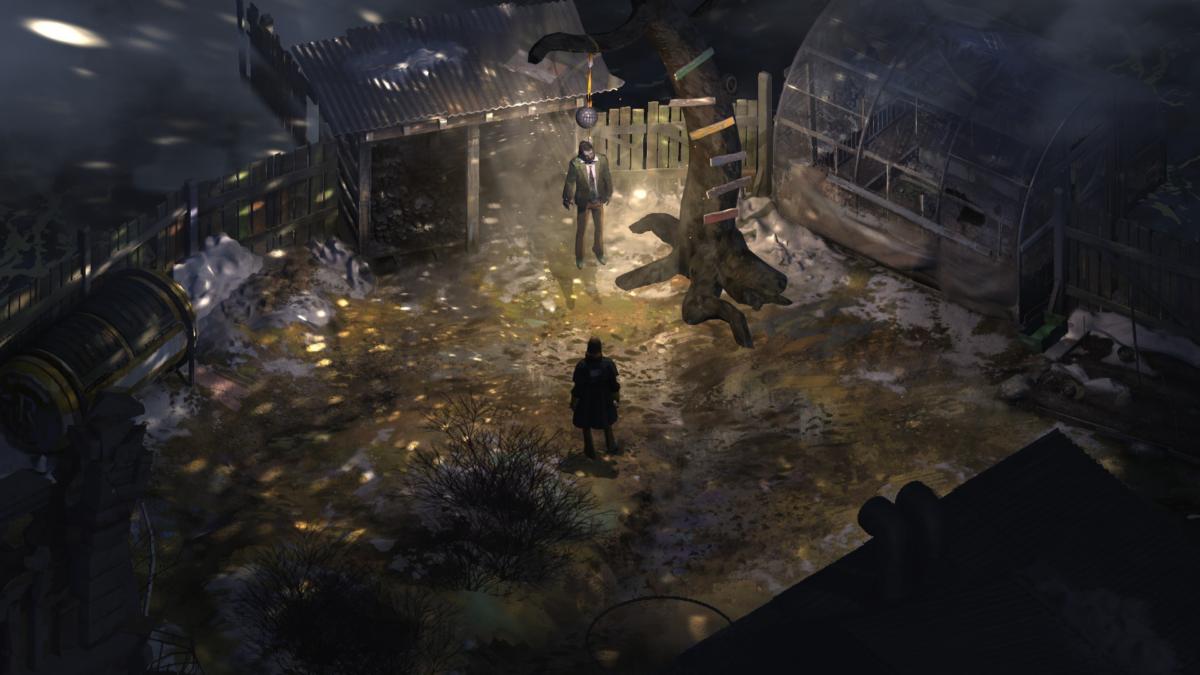 In one very specific way, Disco Elysium is one of the most relatable video games I’ve ever played. Its main character — a detective focused on solving a murder mystery — and I couldn’t be any more different, but there’s a distinctly human element to the way he’s been written, which is the crux or what makes Disco Elysium feel so grounded and bleakly real.

The game opens in the grand city of Revachol, in a district called Martinaise. You’re an unnamed detective who’s just woken up from a wicked hangover, and you’ve no idea what your name is, what your past was like, or what you’re even supposed to do. A quick chat with the first few NPCs you come across will reveal that you’re actually a detective, and your job is to investigate the corpse in the backyard of the hotel you’re staying at and find the perpetrator.

Disco Elysium has all the makings and elements you’d expect of a CRPG, but without the bloat of a combat system. Everything in this game, from investigations to action sequences, are done via text, dialogue, and skill checks. You can equip pieces of clothing and other items to increase your proficiency in certain skills, but your chances of success are ultimately left up to the roll of the virtual dice.

The detective is accompanied by a partner who goes by the name of Kim Kitsuragi –almost the complete opposite of your hot mess of a character. He’s a straight-faced, no-nonsense detective who just wants to focus on the case, but as the game progresses, you get the feeling that he has a soft spot for you, flaws and all. He’s the perfect foil to your character, especially if you play like a completely reckless moron.

Unlike most RPGs where you’re encouraged to explore every single dialogue option in a conversation, doing that in Disco Elysium can cause you to commit a social faux pas, or piss off an NPC so badly they’re not going to want to cooperate with you. It’s tempting to do exactly that when you’re trying to get as much information as you can, but you’ll quickly learn that’s not the way to go.

It’s better to be methodical with your line of questioning, carefully choosing the dialogue options that would convince your interviewee to spill the beans, but also allow yourself to remain in their good graces at the same time.

That’s not to say that you can’t turn your character into a complete hot mess either. Much of the fun of Disco Elysium comes from the shock and awe of completely alienating an NPC and having them call you out on your ineptitude as a detective and completely stone-walling you, forcing you to find another means of getting the info or key item you need. There are multiple ways of approaching this game, and the story and characters have been carefully written to accommodate a variety of play styles.

Your detective could be highly logical, able to perceive when someone’s withholding information or immediately identify key facts and draw reasonably smart conclusions. You could also invest in the Inland Empire skill, which increases your empathy levels with the people around you… and also lets you carry out imagined conversations with dead bodies and inanimate objects in your head.

And, of course, investing in physical traits lets you brute force your way through a variety of situations, if you feel like you’ve had enough talking for a while.

For my playthrough, I opted to invest heavily in Inland Empire, which meant that my detective spent most of the game in his own head. This, in my view, is probably one of the best ways to experience Disco Elysium, as it gives you a fascinating look into your character’s psyche and the opportunity to shape it however you want. You’re constantly getting invading thoughts and ideas from the demons inside your head, casting doubt on every little thing you do.

This is best implemented whenever you fail a check. For instance, I had the opportunity to ask a woman to give me money. The dice rolled, I failed the check, I couldn’t ask her for money. Instead of just telling me that I failed the check, the voices came in, telling me to look at how well-kept and put together this lady was. And now take a look at yourself: a gross, filthy mess who probably isn’t even worthy enough to have a proper conversation with her.

“A misery-clad simian,” I believe, is how the voice described my character.

The writing and dialogue in Disco Elysium can be incredibly harsh and brutal, which is precisely what makes the game so compelling to play.

There are so many little decisions to make in the conversations you have with yourself and other people. You can choose to pursue the truth of your past or completely ignore it; you can try to break through the clouds of darkness being perpetrated by your own thoughts, or fall hopelessly into the despairing, dark abyss of your brain.

As you keep playing, you’ll gain access to thoughts and new lines of thinking that you can equip in a menu. These are unlocked through conversations with NPCs and discoveries you make in the world. One of the first thoughts you’ll unlock has to do with your own mysterious past, and in order to complete that thought and make a breakthrough in your thinking, you’ll have to keep talking with people and gain more information about yourself and your surroundings. Do that, and you’ll gain stat boosts from that equipped thought.

Thoughts get increasingly complex later on, and will require you to do fewer straightforward things in order to have a breakthrough. It’s engaging stuff, and you can even unlock more thought slots with skill points as you level up, or continue to dump those points into strengthening your other stats.

The setting itself is compelling, too. Martinaise is comprised of a few different areas to explore, and thanks to the art style, it doesn’t take long before you’re convinced that this is a pretty dreadful place to live in. Every street, every corner just looks so beautifully decrepit and caked in dirt. It’s wonderfully detailed as well, filled with so many tiny items and details that just make you want to click on them. It all adds to the dreary vibe of the game, giving it a real sense of historic atmosphere unlike any other.

If there’s one complaint to be had about Disco Elysium, it’s that as it lurches into its final act, the story begins to drag and feel overwrought with exposition and too many other details that needed to be crammed in before the credits roll.

It’s not enough for me to dissuade anyone with a passing interest in the game to at least check it out, though. Disco Elysium is gritty and unapologetic, witty and bleak, and forces you to deal with your darkest demons and self-doubt. And I wouldn’t have it any other way.

Should you buy Disco Elysium?

If you’re okay with reading tons of text, yes.