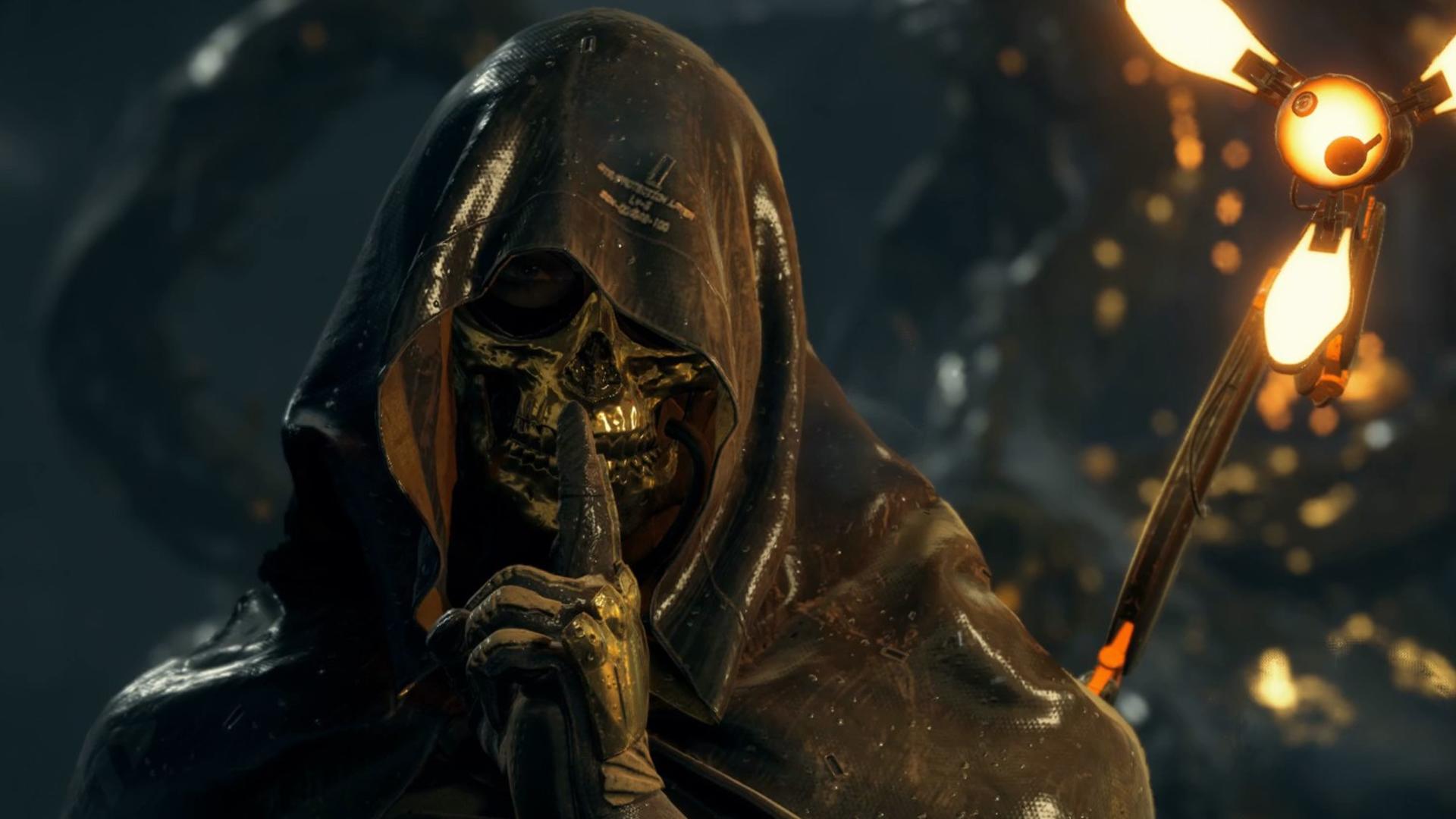 Spoiler Warning: There will be spoilers aplenty for each of the games listed but for some in particular, we’ll be taking a look at the game’s final boss. So, if you haven’t played or finished Devil May Cry 5, Star Wars Jedi: Fallen Order, Astral Chain, Final Fantasy XIV: Shadowsbringers, or Sekiro: Shadows Die Twice either skip those sections or continue at your own risk. Feel free to just leave if you’re worried about being spoiled, we won’t be offended.

Love it or hate it, Kingdom Hearts 3 has some pretty good boss fights. In particular, the fight against Aqua or Anti-Aqua stands out as one of its most memorable.

The lore behind this fight tugs right at your heartstrings especially since we were meant to save Aqua from the darkness only to find out that we arrived too late to save her. Like 10 years too late but whatever

It’s a bittersweet fight that you don’t really want to fight because that’s our girl Aqua.

Add that in with brutal attacks, fast hits, and the fact that you can control my husbando Riku and then our golden boy Sora, it turns into an exciting and unforgettable fight.

Fighting Vergil is not a new thing in the Devil May Cry series but the final boss fight against the real Vergil in Devil May Cry 5 is just a wonderful masterpiece.

The game itself already had a stunning and fluid combat system so the design and movement of the entire Vergil fight is practically a moving piece of art.

It also doesn’t skimp on the difficulty. Vergil doesn’t play around as he waves around Yamato and quite literally bends reality. You’ll need to work with everything you’ve got to beat him. Twice.

This is a fight Devil May Cry fans know is going to happen at some point in the game but that doesn’t stop it from surprising you with Vergil’s crazy attacks, its gorgeous setting, and the funny banter between our favorite brothers.

Death Stranding isn’t particularly known for its boss fights but this one in particular is weirdly unique and distantly terrifying. And I’m not talking about the fist fight.

The first part to our three-part Higgs boss fight starts with a giant handless and headless BT that has both Higgs and Amelie sticking out of it. Only Death Stranding could come up with this.

You’re constantly bombarded by black jellyfish things that explode and dark tendrils that grab at you relentlessly. You’re also stuck running through thick tar in addition to needing to aim at specific spots on the BT’s body.

Granted, this fight isn’t particularly difficult but it makes up for that aspect with its uniqueness. There aren’t a lot of boss fights you can particularly compare this one to.

Continuing with more weirdly unique games, Control blindsides us with a boss fight during an odd side quest concerning a fridge that continually needs to be stared at. That fridge leads us to a fight against massively huge Former, a boss that I will see in my sleep for the rest of my days.

Not only do you need to dodge its glowing eye orbs and its arms, you need to watch out for the floor it destroys as well. You could very easily slide right into a hole you didn’t even know existed.

This fight really exemplifies the weirdly horrific and distantly Lovecraftian elements of Control. It also showcases the best of its combat system with its telekinesis, levitation, and dodging.

Add in the fact that there’s no music during this sequence and it really makes it feel like you’re truly alone with this terrifying creature.

Jedi: Fallen Order has a wildly flashy and gracefully fluid combat system akin to Devil May Cry’s that turns boss fights into an incredible sight to behold. The game’s final fight against Trilla Suduri takes you on a wild ride full of quick dodges, calculated parries, and swift attacks.

Combine the relentless assault from Trilla with the sad lore we learn about her and you get a difficult boss fight that hits you with a side of feels.

Some may say this final fight is disappointing especially with the “boss fight” that happens right after but it makes the story that much more intense and impactful.

Like all good boss fights, it makes you use everything you’ve learned throughout the game to win this one last fight.

Berserkers in the Gears of War franchise are notorious for being big, bad, scary, and aggressive. Throw the mother of all berserkers into a boss fight and you get something terrifyingly amazing.

Like the berserkers we’ve come to know and love, the Matriarch is practically indestructible. However, she’s got a sweet spot on her back that takes damage. So, a level of difficulty is added to an already difficult fight with a crazy lady that is a one woman wrecking ball.

It’s an understatement to say that the Matriarch is aggressive and relentless. Not only does she throw hands like her life depends on it, she also hops around the boss arena with intent to kill.

This is a fight that really makes your heart beat.

Astral Chain is full of stylish boss fights that truly show the charm and unique character of Japanese video games. The final fight against Noah Prime takes the cake by being visually psychedelic, vibrant, and downright cool.

In addition to its setting, the boss itself has a design that makes it look like a techno god ready to throw down on a weird disco dance floor. It also packs a heavy punch.

It’s a crazy difficult fight that’s full of hard hits, giant balls of electricity, and fast punches and kicks. It really takes you on a journey to beat the boss.

Everything in your arsenal must be utilized to take this guy down and in the process you’ll be treated to trippy, light flashing scenery.

Up until Shadowbringers, the Ascians in Final Fantasy XIV have mostly been mysterious, other-wordly entities that for the most part only seem interested in ruining the lives of the people of Eorzea. This changes when Emet-Selch finally enters the scene.

Emet-Selch, loves to talk much to disdain to the more stoic Scions that don’t want to have to hear from the race of people that have caused so much pain.

However, they and all players of Final Fantasy XIV should have been listening very carefully during the story of Shadowbringers otherwise they’d miss out on the full impact of the expansion’s final boss fight versus Emet-Selch AKA his true form, Hades.

Emet-Selch explains that very long ago the Ascians “lived” and were peaceful people similar to people today, albeit much stronger as they were “whole.” A great sundering not only ruined their civilization but split them.

The final act of the game allows players to see what the Ascian society was like, and it was… quite nice.

You can understand a little more the Ascians motivations for trying to restore their civilization by any means possible, even if it comes at the expense of the people current inhabiting the planet.

Like typical Final Fantasy boss fights, the battle versus Hades is emotional, flashy, and contains multiple phases where the boss gets more and more angry.

In true Borderlands fashion, Borderlands 3 gives us a flashy, colorful boss fight in the form of Troy. With fiery wings, destructive attacks, and literal power leeching from his sister, Troy puts up a good fight against the vault hunters.

Troy doesn’t pull any punches with his AOE attacks, quick combos, or his explosive jumps. All of this happening under the backdrop of a vault and the moon is just poetic cinema ™.

Though, perhaps the most memorable aspect of this battle is the fact that progressively throughout this fight, Troy becomes more and more desperate and, as a result, leeches so much power off of his sister that it weakens them both.

Or, you could also argue that his near constant screams of pain when you attack him are even more notable.

Regardless, Borderlands 3 really brings us an exciting gem that simply adds to the fun the game throws at us.

Not only is the lore surrounding this intimidating foe incredibly heavy and meaningful, the fight itself raises your blood pressure in a way that tops every other moment in Sekiro.

You must use everything you’ve learned throughout the game to even remotely succeed in this fight. From perfect parries to decisive guards, you need to carefully choose each move you make.

This boss fight practically combines the gorgeous setting from Bloodborne’s Gehrman fight and the brutality of Dark Soul’s Artorias fight into something truly memorable.