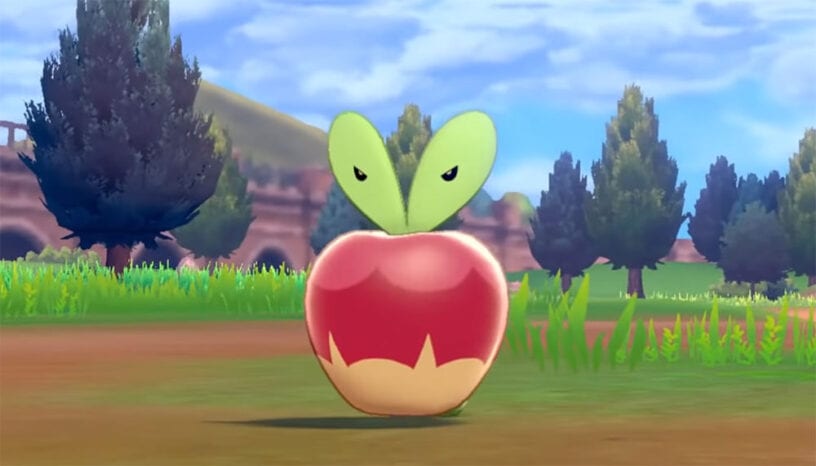 Galarian Weezing was the talk of the internet when it was first announced for Pokemon Sword and Shield because of its funny and bizarre appearance. This Galarian form retained its Poison typing from the original Weezing, but its secondary typing is a bit more surprising.

Its design is inspired by a factory, so shouldn’t it be Poison and Steel type? Nope. Poison and Fairy. Obviously.

Maybe Galarian Weezing purifies the toxins in the air, which would explain its Fairy typing. Either way, it’s a bit jarring to see this gray blob of smog on the list of Fairy type Pokemon alongside pink and cheery ones like Clefable and Sylveon.

Although it’s weird, it makes for an interesting dual-typing since Fairy is normally weak to Poison, so Galarian Weezing doesn’t have to worry about getting hit too hard by Poison type moves and doesn’t have any 4x weaknesses.

Toxel and its evolved form Toxtricity are the only Pokemon with a Poison and Electric typing, so this unusual combination is what earns them a spot on this list.

Toxel is a baby dinosaur-like Pokemon that—according to its Pokedex entry—”stores poison in an internal poison sac and secretes that poison through its skin.” So the Poison type part makes enough sense.

The reason for its Electric typing is a bit more unclear, at least until it evolves into Toxtricity. Toxel evolves into one of two forms (“Amped” and “Low Key”) and takes on the appearance of a rock star.

When you see Toxtricity strumming its air guitar, it makes more sense why it has an Electric typing, but it’s still pretty strange. Why does this purple lizard enjoy rocking out so much? Why does it have two different forms, both of which are Poison and Electric type?

It sure is unique, though I wouldn’t want to go to one of its rock concerts if there’s a chance the audience could be hit by one of its Sludge Bomb moves.

Aptly called the “Steam Pokemon,” Volcanion is the only Fire and Water Pokemon that exists. It’s quite the contradiction—after all, Fire and Water are often the first types that most people think of when they consider type match-ups.

Speaking of contradictory type match-ups, Volcanion’s is representative of two of the three starter typings, and the only other Pokemon that does this is the Ludicolo line (Grass and Water type). This makes me wonder if someday we’ll get a Fire and Grass type Pokemon to complete the trio.

It’s too bad that Volcanion was distributed in X and Y with very little excitement. Since it’s a Mythical Pokemon, it was given out for a short period of time via Mystery Gift. Fire and Water are two of the most popular Pokemon types, so it’s disappointing that Game Freak didn’t give Volcanion more of a spotlight.

Flygon is Ground and Dragon type, which isn’t an unusual type combination in and of itself, but the problem is that I can never remember it. It looks like it should be a Bug type—I mean, it’s literally a dragonfly.

There are two other Dragon and Ground type Pokemon in the series, the Garchomp line and Zygarde, but at least both of those make sense. Flygon has absolutely no business being Ground type. Sure, it lives in the desert, but so does Cacnea, and that isn’t a Ground type Pokemon.

Flygon’s pre-evolution Vibrava even learns the move Bug Buzz, so clearly it would make more sense if it were Bug type. Bug and Dragon would also be a brand new type combination, so it would make Flygon even cooler.

Despite Flygon fans wishing for it to receive a Mega Evolution, it never happened, so Bug and Dragon type Flygon was never meant to be. Its typing will continue to confuse me, probably for the rest of time.

Galarian Darmanitan is Ice type, but something interesting happens when it has its hidden ability Zen Mode: at 50% HP or lower, it changes form to become Ice and Fire type.

This dual-typing is funny to think about, because wouldn’t any ice melt if it were exposed to fire? Just like the Fire and Water typing mentioned earlier, this one seems pretty illogical.

Maybe Darmanitan gets upset when it loses HP and bursts into flames out of anger. Sounds like the opposite of “Zen” to me, but that’s my best explanation for it.

In any case, Ice and Fire dual-typing totally has Game of Thrones vibes, and I’m here for it.

All of the fossil Pokemon in the Galar region are odd combinations of different body parts, and Arctozolt’s typing makes it possibly the weirdest one. Its head, a Velociraptor, represents the Electric typing. Its body, a seal-like creature, represents the Ice typing.

According to Arctozolt’s Pokedex entry, “the shaking of its freezing upper half is what generates its electricity.” This poor, ugly amalgamation of a monster can’t stand the freezing cold its own body creates, and has to suffer from a runny nose as a result.

With the exception of Frost Rotom, Arctozolt is the only Electric and Ice dual-type Pokemon in the series. Its entire existence is clearly a mistake, as it was put together by Cara Liss, the “scientist” who carelessly put the body parts together.

When I first saw Applin, I fell in love. It’s an apple with eyes. How could you not adore it?

My friend told me, “Wait until you see it’s typing…you won’t believe it.” He was right. Who could ever guess that this little apple was Grass and Dragon type, of all things?

When Applin evolves into either Flapple or Appletun, the Dragon typing makes a lot more sense. But Applin? The tiny dragon-worm-thing inside isn’t even visible until it breaks out of the apple in its evolutions. It’s kind of crazy that an apple counts as a Dragon type, but a literal dragon doesn’t.

And logically, Grass type is a bit of a stretch too. An apple tree would be a Grass type, but the apple itself is only a fruit. Grass and Dragon together? Just plain weird.

The Impidimp line is one of the most fascinating Pokemon ever created. It is the first and only Dark and Fairy dual-typing, but that’s only one reason why it’s so unusual.

Fairy type, which debuted in Generation 6, and represents pure goodness; dark type, on the other hand, represents evil. Impidimp and its evolutions are a blend both, creating another contradicting dual-typing.

Grimmsnarl gets its name from “Grimm’s fairy tales” and its previous forms are found deep in the Glimwood Tangle forest. Its French name, Angoliath, is likely a reference to Goliath, the evil giant from ancient legends.

Even though the typing feels like a direct contradiction, it seems as though these Pokemon are meant to be the monsters from a fairy tale. If this is what Game Freak was going for, then Grimmsnarl’s name, design, and typing are among the most brilliant and creative in the entire game.