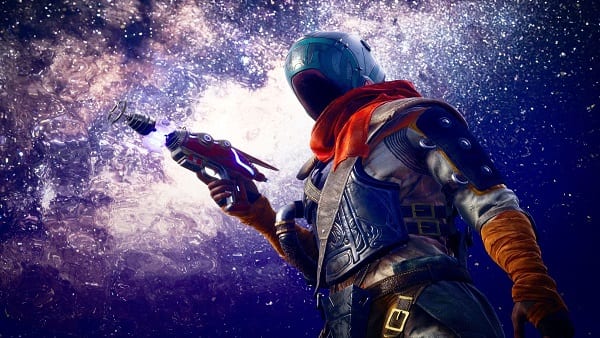 The Outer Worlds‘ Science Weapons are some of the strongest – and most entertaining – weapons you can get in the game. Given this fact, it’s little surprise if you’re determined to find them all, so we’re here to walk you through how to get all of the Science Weapons.

There are five science weapons you can track down in the Outer Worlds via the Weapons from the Void side quest. Each has their own special effects and perks they can apply to combat, and are further strengthened based on how high your Science skill is.

It’s also worth noting that they’re scattered around the different planets of Outer Worlds’ universe, so if you’re looking to nab them in one fell swoop, you may want to hold off on going after them until you’ve unlocked every planet.

Otherwise, each weapon is listed below in order of when you can grab them, so feel free to nab them as you make your way through the game as well.

How to Get the Shrink Ray

The Shrink Ray is the first Science Weapon you can get in The Outer Worlds, both because the quest tied to it will lead you to its location and because you can grab it without any puzzle solving or platforming.

After fixing the Unreliable and leaving Edgewater, you’ll be able to travel to Phineas Welles’ ship. Go there and look for Phineas, who will be locked behind some protective glass.

To his right, you’ll see the Shrink Ray on a table. You can grab it without worrying about being accused of theft, so nab it and cross it off of your list.

How to Get the Prismatic Hammer in The Outer Worlds

The next science weapon you can get in The Outer Worlds is the Prismatic Hammer, and it’s a little more difficult to obtain.

After arriving at the Groundbreaker for the main mission, head through customs and speak to Gladys, Phineas’ contact with a Navkey. Ask to see what she has to sell, and then by the old security log she has available for a few hundred credits.

After you buy it, you’ll be updated on the location of the Hammer. It’s currently locked away in a section of the Repair bay, though all of the doors leading to it are locked.

However, you can reach it through a side path.

From the security office past Customs, head left into a large room full of red crates. On the right side of the room is the entrance to some crew’s quarters that you can enter.

Inside the crew quarters, you’ll find a stack of boxes you can use to hop on top of some bed casings. At the end of the row of casings is an open ventilation shaft that will lead you into the blocked off section of the repair bay.

Head through the shaft, and then drop down into the Repair Bay. There will be a few smugglers you’ll need to fight off, but they shouldn’t give you much trouble so long as you have some companions and are around level seven.

Once you’ve killed all of the smugglers, search their bodies for a key card. It will unlock a room on the right side of the bay, and inside you’ll find a metal box containing the Prismatic Hammer.

How to Get the Mandibular Rearranger

The Outer Worlds’ next science weapon is the Mandibular Rearranger, and it’s fairly easy to get.

As with the last weapon, you’ll first need to purchase a clue from Gladys on the Groundbreaker as to its location; specifically, a log from an old Hephaestus mining colony on the Scylla Asteroid.

After purchasing the log, head back to your ship and read the log using Hawthorne’s terminal. Once you do, a marker for the next weapon will lead you to the Scylla asteroid, which you can navigate to using your ship.

Head to Scylla, and after you disembark from your ship, head East toward an abandoned mining settlement. There are some tough Outlaws and Auto-Mechanicals there, so be ready for a fight.

Make your way to the building where the player marker is on the map above, and inside you’ll find a green container that holds the Mandibular Rearranger.

How to Get the Mind Control Ray in The Outer Worlds

Outer Worlds’ next Science Weapon is the Mind control Ray, and it can be found during the Space Crime Continuum side quest.

After getting the Navkey from Gladys for the main mission, head over to the Sublight Salvage and Shipping shop at the back of the Groundbreaker’s market section. Head to the upper area of the shop via an elevator, and then speak to Lilya Hagen to start the Space Crime Continuum side quest.

This will lead you to the planet Monarch, and after speaking to Lilya’s agent Catherine to advance the quest, you’ll be directed to an abandoned lab in the Cascadia section of the planet to the far West.

From there, continue through the quest as normal and follow the mission markers through the facility. This will take you through the entire lab, and by the end lead you to an elevator which will bring you back to the surface. Before taking the elevator though, you can look to your right to see an open elevator shaft with a platform you can jump over to.

How to Get the Goop Gun

The last Science weapon you can find in The Outer Worlds is the Goop Gun, and it can be pretty difficult to obtain.

After grabbing the Mind Control Ray, exit the hidden lab in Cascadia and then fast travel to the Amber Heights Crossroads. Then, head west toward where the player marker is on the map below to discover the UDL Lab. There are a slew of difficult enemies on the way to and at this location, so be ready for a fight.

After reaching the lab, fight your way toward the main building nestled in the back of the area. Inside the room on the left, you’ll find the Goop Gun, though it’ll be protected by a computer you won’t be able to access without a 100 level Hack ability.

Fortunately, there is a keycard you can use to access the computer. Head into a room to your right, and then head up the staircase within to reach the second floor. There will be two Marauders you’ll need to kill, but they’re both fairly low level.

Kill the Marauders, and then look for a desk facing a green canister with an inactive terminal on it. To the left of the terminal will be the Goop Gun terminal’s keycard.

Grab the keycard, and then head back down to the Goop Gun terminal. Access it, and then select the “Unlock Goop Gun Containment Unit” option.

This will bring up two methods you can use to get the Goop Gun. You can either Hack the terminal to open it immediately if your Hack level is 60 or higher, or you can answer three security questions to open the unit the standard way.

For the latter option, the correct choices in order are: “Protect the Chairman,” “Berate him endlessly to protect the Chairman’s honor,” and “Arrest your spouse and admit your children to a re-education program.”

After successfully passing either path, the containment unit will be unlocked and you’ll have the last Science Weapon.

Hopefully this made it easier to figure out how to get every Science Weapon in The Outer Worlds. For more on the game, check out our guide wiki as well as some guides on hot topics like what all the console commands are and how to get unique armor.