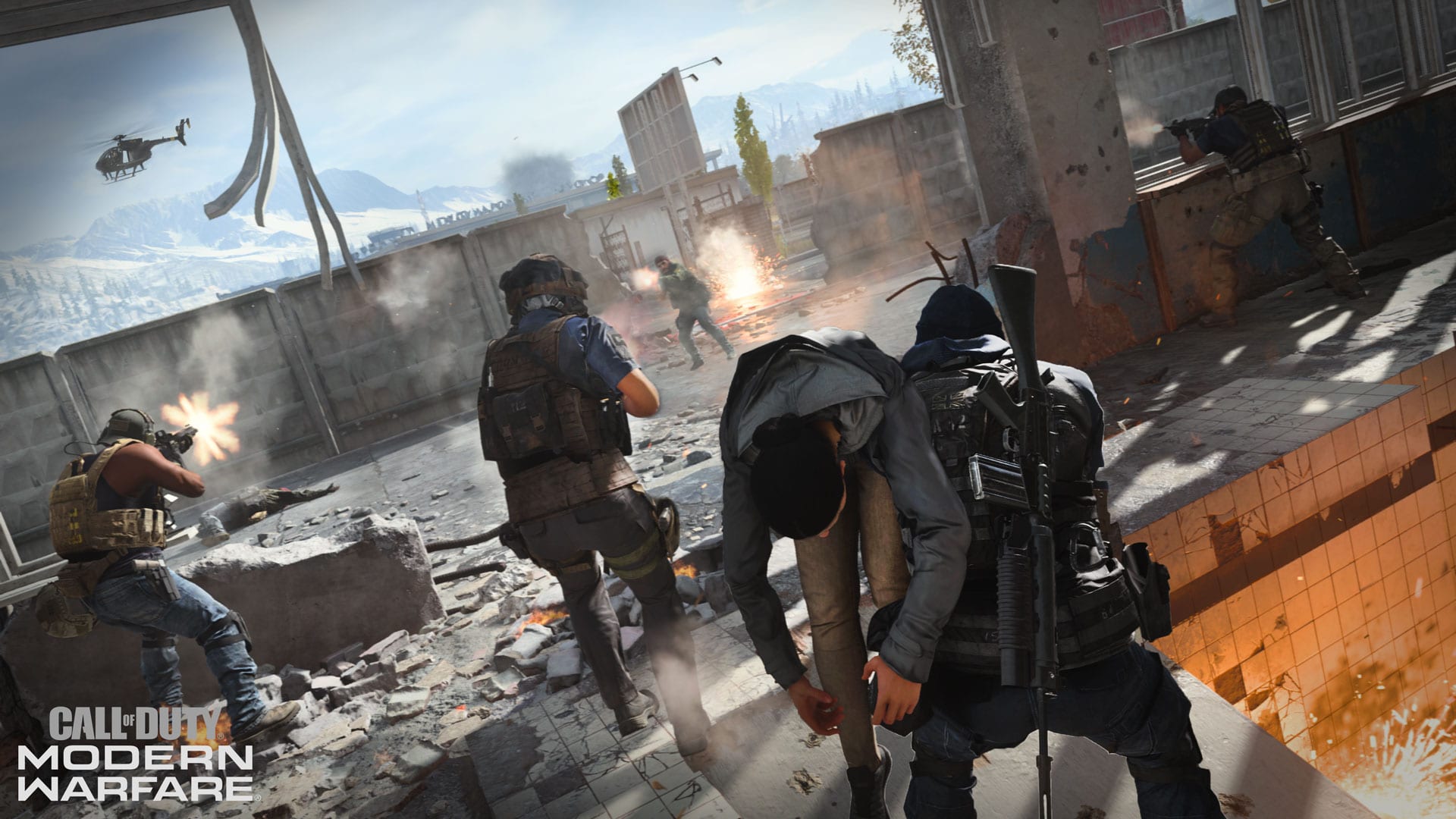 If you haven’t jumped in yet, Special Ops are cooperative missions. You will need to complete a series of objectives, and survive the constant onslaught of enemies while doing so.

How to Beat Operation Headhunter in Modern Warfare

Above all, the most important part of surviving these tough encounters is sticking with your squad, and ensuring that you quickly revive anyone that goes down as quickly as possible.

For Headhunter, we would recommend taking a long-range weapon, as the map the mission takes place on is very large, indeed. Taking the Hardline perk, and either an assault rifle or an LMG would also be highly advisable.

First things first, descend the rope from the ready room and commandeer one of the vehicles at the base of the building.

Your first objective is to take out a series of AQ Lieutenant’s and recover the hard drive that each is keeping on their person. It’s a fairly straight forward process, simply eliminate each as you come to them.

Keep in mind that you should be conserving any Killstreaks you accrue, as you are going to need them before too long when Juggernauts start showing up.

The next objective is to hack and disable a series of scramblers, there are five of them in total. Note that having multiple teammates nearby while the hack is in the process will speed things up, so make sure to stick together.

Of course, this is much easier said than done. As the hack progresses, you will face swarms of soldiers, and a Juggernaut will be deployed to stop you. Focus them down, or use any Killstreak you may have to take them out quickly.

It will be the same process for the second scrambler. For the third, there will be a battle tank nearby which you will need to utilize, as the enemy will begin to use heavy vehicles of their own.

The constant onslaught of infantry, Juggernauts, and vehicles can be hard to survive. Keep in mind that as long as one of you is still standing, the rest can respawn.

The fourth scrambler seems like a bit of a reprieve as it is easier to defend than the first three, due to the plentiful cover, but don’t get complacent.

The fifth and final scrambler is incredibly exposed and will really put you to the test. Persevere, and pull out all the stops. Deploy any Killstreaks you may have, and most of all watch your squadmate’s backs.

The final task you will have left to you is to take out the helicopter the enemy will deploy against you. It isn’t tough, especially considering what you have been through, but focus fire and you will bring that bird down before too long.

And that’s it, all you need to do is make it to the helipad, and its mission accomplished.

That’s everything you need to know to beat Operation Headhunter in Modern Warfare. For more helpful guides, be sure to check out our growing wiki guide complete with more tips and tricks.