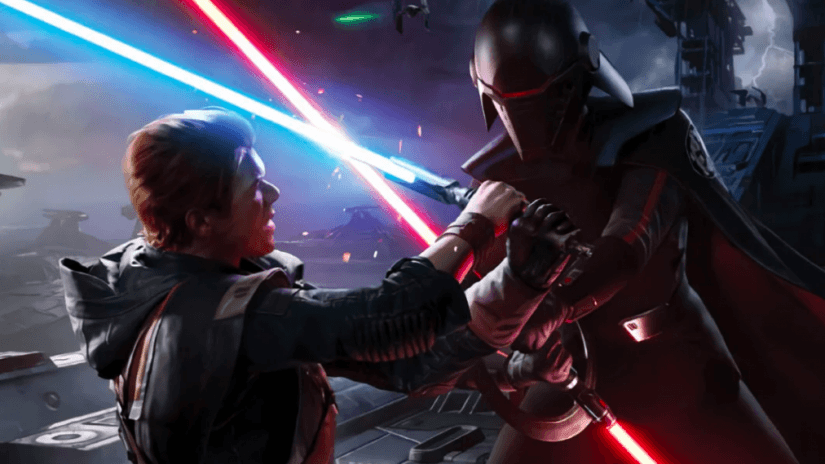 Jedi Fallen Order is all about visceral lightsaber combat, and you’ll definitely need some practice in order to make your way through each hostile world. An absolutely vital part of combat involves the block button, so we’re here to tell you all about how to parry and block in Jedi Fallen Order.

How to Parry & Block in Jedi Fallen Order

While you’ll often want to stay on the offensive in Jedi Fallen Order, you absolutely need to know how to defend yourself. The bread-and-butter of that is blocking. At any time you can simply press and hold LB (L1) in order to have Cal block.

This will block most incoming attacks from enemies, although any attacks where the enemy glows red first is unblockable.

Do note, however, that you do have a guard gauge at the bottom, and if it depletes enemies can break through Cal’s guard and open you up to damage. As a small side note, you can also hold the guard button down in dark areas to make Cal hold up his lightsaber and illuminate the area.

Parrying also uses the guard button, but you’ll need to hit the button at the exact time that an enemy’s attack lands on you. This will allow you to block the blow and counter with an attack of your own.

You can also parry blaster shots back at enemies by tapping the button a split-second before the shot lands.

Just to sum up how to block and parry in Jedi Fallen Order.

And that’s all you need to know about how to parry and block in Jedi Fallen Order.

If you need any other tips or info, make sure to check out our Jedi Fallen Order guide wiki.