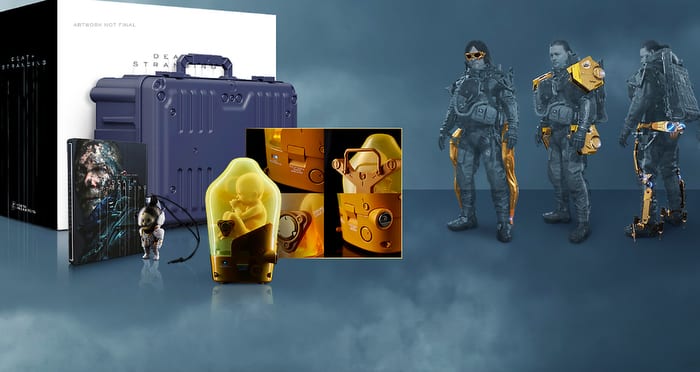 Death Stranding is finally available for purchase, but there are more than a few options available to you for where to buy it, what edition to buy and, most importantly, how much it costs to buy. That’s why we’re here with a guide to break down how much each version of Death Stranding costs and where you can get it from.

How Much it Costs to Buy Death Stranding

As with most modern games, Death Stranding has a slew of different editions you can choose from. Each comes with a varying number of bonuses based on how much you pay for it, from digitally downloadable content to special collectibles not available anywhere else.

As such, we’ve compiled some info on each edition down below to give you a good idea of what you get with each one.

If you choose to get the Standard Edition of Death Stranding, you’ll get about what you’d expect.

For $59.99, you’ll get the full game either in retail or digital form. You can also get some bonuses like PSN avatars and some in-game cosmetic items if you pre-ordered this edition from any outlet, but this is only the case if you pre-order the game before launch day on Nov. 8.

If you’re looking for a few bonuses however, then you can pick up the Special Edition of Death Stranding.

Currently priced at $69.99 by most retailers that still have it in stock, the Special Edition includes the game itself and any pre-order bonuses you qualify for just like the standard edition.

However, it also includes a steelbook case, some in-game gold Ludens Mask cosmetic sunglasses, a digital version of the game’s soundtrack and a “Making of” behind the scenes video from the game’s development.

Next up is Death Stranding’s Digital Deluxe edition, and it’s the cream of the crop in terms of digital content bang for your buck.

Along with everything included in the standard edition and all of the digital bonuses provided through the special edition, the Digital Deluxe Edition comes with special downloadable equipment for the game’s protagonist.

When equipped, this gear reduces damage, makes traversing the world easier and otherwise sets you apart from the rest of the game’s character’s with a golden sheen.

It’s all available for the price of $79.99, and is available exclusively through the PlayStation Store.

Next up is Death Stranding’s Collector’s Edition.

Currently running at a price of $199.99 or higher from the retailers that still have it in stock, it includes the game itself and every digital bonus included in every other edition as well as a steelbook case, a BB statue, a Lumens nendroid and a Bridges cargo case to put it all in.

However, it should be noted that this edition has already sold out once before, and quickly at that. If you’re looking to grab this version, be ready to act fast.

Last but not least is the Death Stranding PS4 Pro bundle, though this version isn’t for the casual buyer.

In addition to the game and its preorder bonuses, this edition includes a custom PS4 Pro and Dualshock controller based on the game, both of which are only available for purchase through the bundle.

Or at least, they were. Most every retailer is now sold out of this version of the game, and only has it available through pre-owned or resale services starting at $399.99.

That should cover everything you’d need to know about how much Death Stranding costs to buy. For more on the game, check out our guide wiki as well as our guides on hot topics like whether there are cheats and how to change the difficulty.