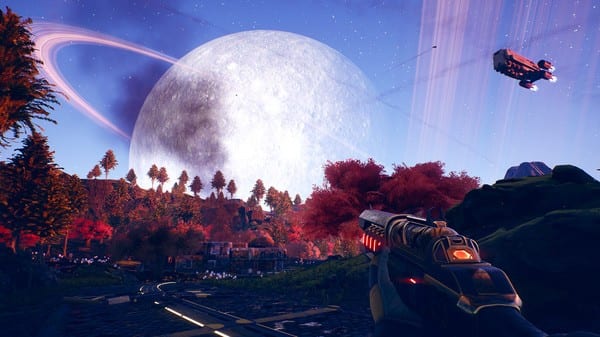 Having an overwhelming arsenal of plasma weapons in space is nice and all, but you’re gonna have a rough time if you leave yourself open to melee attacks. Here’s how you can block attacks in The Outer Worlds.

How to Block Attacks in Outer Worlds

If the robots and other mischevious creatures of Outer Worlds are getting the best of you, then it’s time to block. Luckily, there’s no obtrusive trick to learn how to block.

All you need to do is hold the L2 (PS4) or LT (Xbox) button and you’ll raise your guard to block incoming attacks. This can be a lifesaver if you’re running low on health and have no healing items.

The one catch here is that you can only block while holding a melee weapon in Outer Worlds. And no, you can’t just unequip your gun to defend with your fists. If you only want to use ranged weapons, then you won’t be able to block.

While not ideal for every gameplay style, you may just want to carry a melee weapon if you’re having issues with enemies that like to get up close and personal. It’s extra weight, but it’s also better than dying repeatedly.

Also, it’s important to note that you can’t block projectiles fired from an enemy’s weapon in Outer Worlds. That would make melee characters exceptionally powerful.

You can only block an enemy’s melee attacks using a melee weapon of your own. Think of it like both people picking the same option in rock, paper, scissors. They essentially will cancel each other out.

To sum up, here’s how to block attacks in The Outer Worlds:

That’s all there is to know about how to block in Outer Worlds. If you’re feeling stumped by anything else in this game, then check out our Outer Worlds guide wiki or just search Twinfinite.