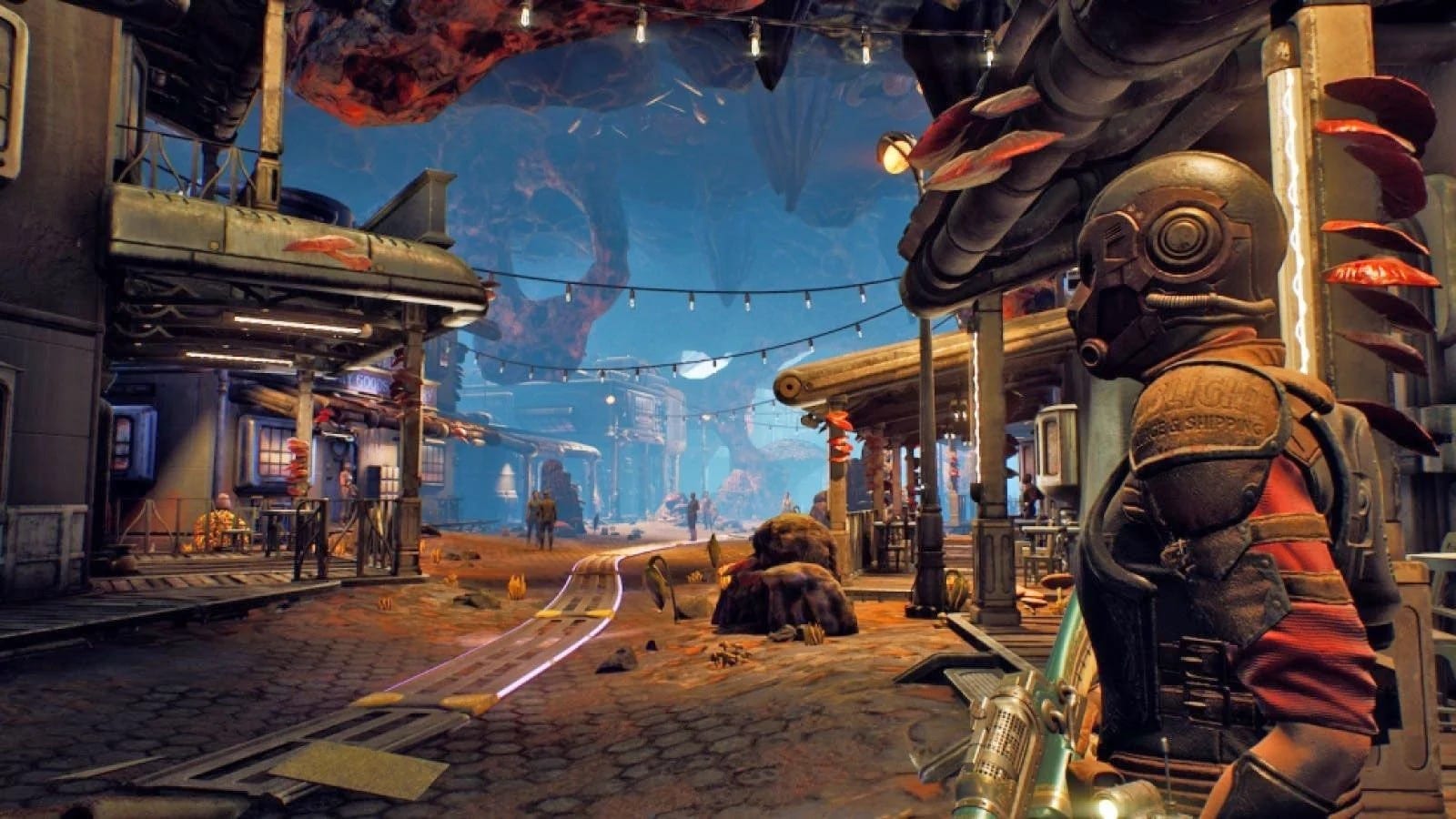 The Outer Worlds, the new RPG from Obsidian, is finally here. As you’d expect, there are quests of all kinds to tackle and first-person combat to engage in. Some parts of the game can be pretty tricky. In case you’re trying to get all the Gamerscore or trophies, here’s everything you need to know about whether there is a difficulty achievement or trophy in The Outer Worlds.

You’ll come across robot enemies, marauders, and other bad guys in your time playing The Outer Worlds, and some of them put up a decent fight. However, there are four difficulty options to choose from if you want to make the game easier or harder.

The difficulty options are Story, Normal, Hard, and Supernova. Supernova changes a lot, including even where and when you can save your progress, but all the options changes things like enemy damage and how much of a beating they can take.

Is There a Difficulty Achievement & Trophy in The Outer Worlds?

Before you start, which is the only point at which you can choose Supernova difficulty, you should know that there are a couple of difficulty trophies and achievements.

You’ll get one gold trophy for completing the game on any difficulty, but there are additional trophies for finishing The Outer Worlds on the two higher difficulties.

You’ll get ‘Hard’ for completing it on… you guessed it, Hard, and Supernova for doing so on the top difficulty. They’re not the most inventive trophy and achievement names, but they’re important to know about early.

Does The Outer Worlds have a difficulty achievement or trophy?

That’s everything you need to know about whether there is a difficulty achievement or trophy in The Outer Worlds. For more tips and tricks on the game, be sure to check out our wiki guide or search for Twinfinite. We have also listed some other helpful guides on the game down below.