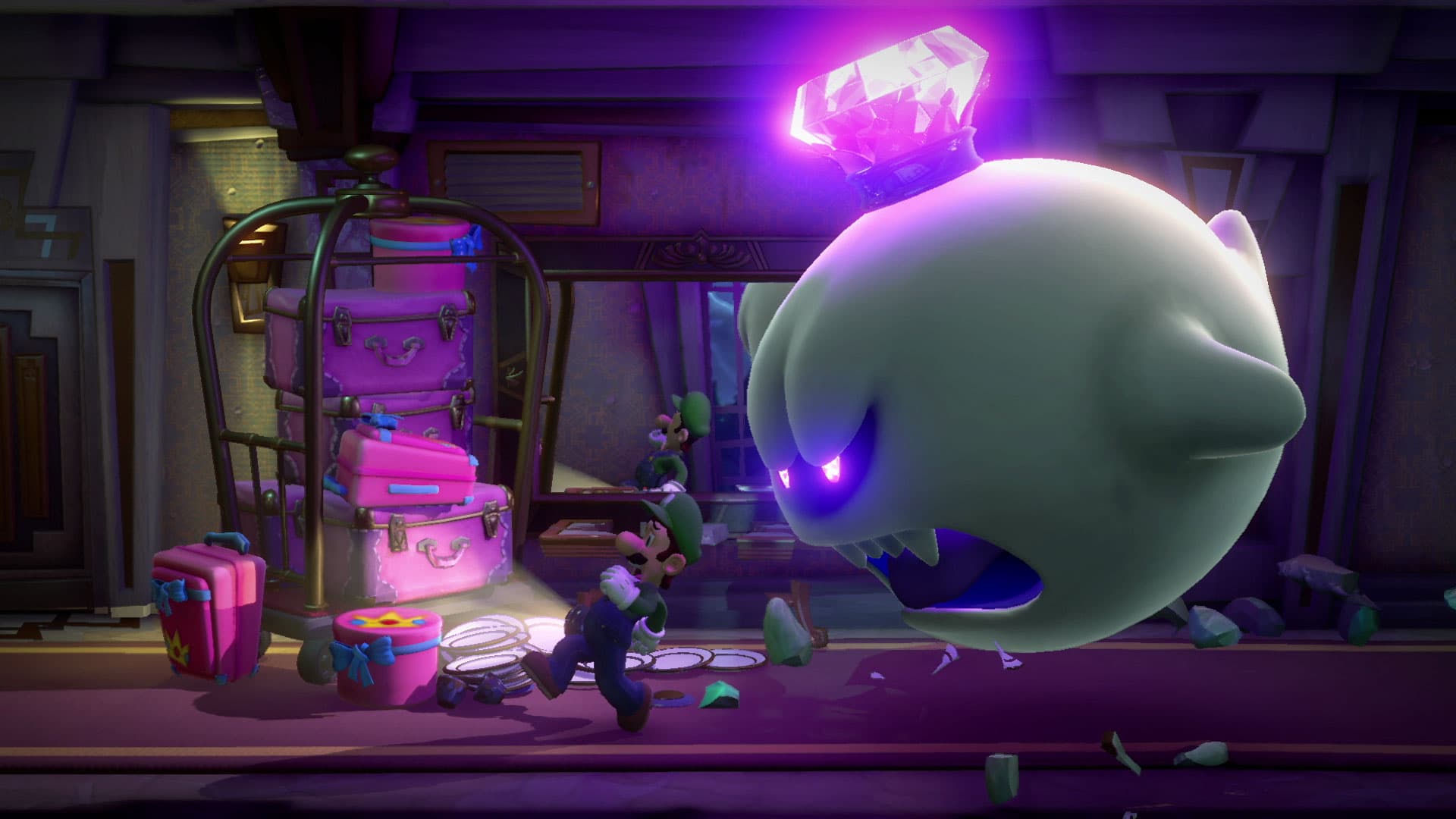 Luigi’s Mansion 3 is the latest Switch exclusive from Next Level Games and it stars the timid hero, Luigi, as he must face dozens of tough bosses in order to save his brother and friends from the ghosts that haunt the hotel. If you’re having trouble defeating the boss on the 11th floor, we’re here to help. Here’s how to beat the magician bosses in Luigi’s Mansion 3.

How to Beat Magician Bosses in Luigi’s Mansion 3

At the beginning of this boss fight, the three magician ghosts will hide underneath three big purple hats. Dodge the playing cards that they throw at you and once they start circling around you, make sure to stand right in the middle of the stage.

When they come really close to you, now is the time to jump in the air with the ZL+ZR buttons and you will stun all three of them. Now, go up to any of the hats and then use your vacuum to suck the ghost out of the hat.

Now you’ll be able to deal damage and get rid of one of the three ghosts.

Now, the ghosts will continue to do the same attack as before but when they’re spinning around you, the lights will shut on and off, making it more difficult to track the ghosts that are in the hat.

You just need to memorize which ghost is in which hat and once you know for sure, make sure to suck that one up once you stun them by jumping in the middle of the ring when they close again.

Just rinse and repeat and this fight should be over before you know it. Compared to some of the other bosses in the game, this one’s one of the easier fights.

To sum up how to beat magician bosses in Luigi’s Mansion 3:

That’s all you need to know about how to beat the magician bosses in Luigi’s Mansion 3. For more on this title, make sure to look into our extensive wiki guide and check out our scored review.