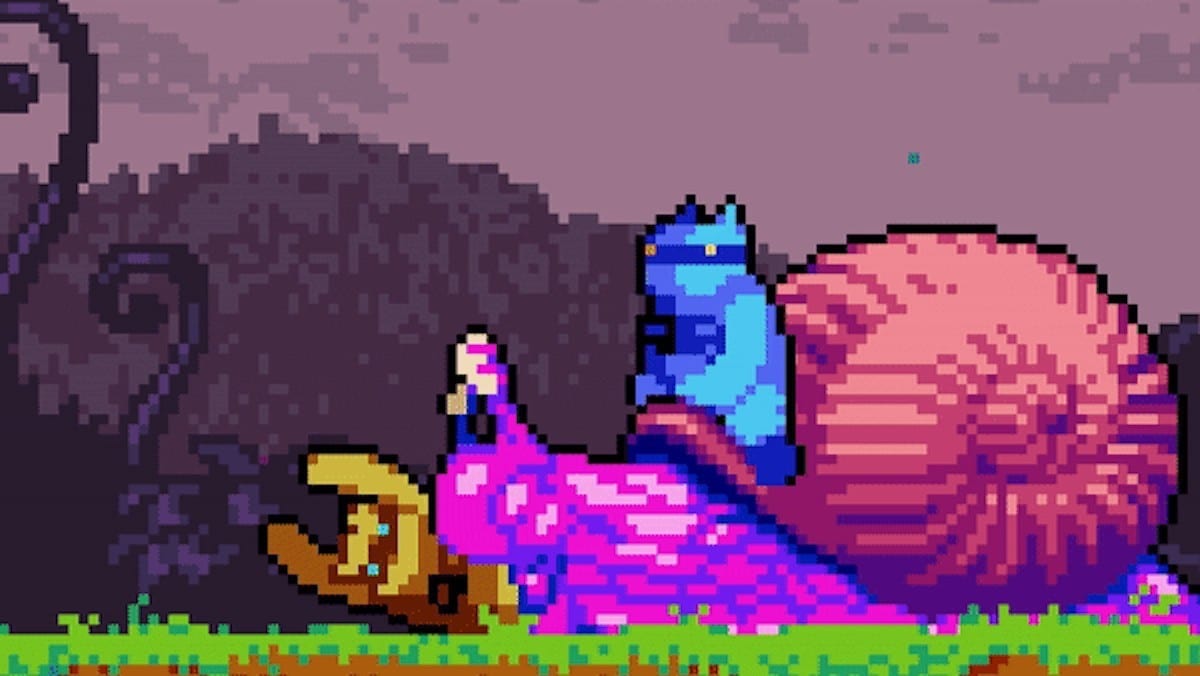 Everyone knows the only true way to victory in a competitive video game is via snail. That’s right, Killer Queen Black allows you to win the game via the use of a slimy, gastropod mollusk. Here is everything you need to know about how to win with the Snail.

How to Win with Snail in Killer Queen Black

Depending on your opponent, winning a game of Killer Queen Black by riding a Snail is either one of the easiest or most difficult things to do in the game.

All you have to do to win this way is hop on its back, press ride to your team’s goal.

The main hiccup in all of this is that the rider is going to out in the open, vulnerable to the Queen and any Soldiers aware of their presence. As such, you’ll need to defend them while they ride.

The Snail is pretty slow though, and will go even slower if other enemies get it its path – as it will snack on them instead of pushing forward.

To make the snail go faster, you can have one of the workers get the speed perk from the portal by taking a bead over and selecting the lighting bolt.

Do all of this and make it to the end of the platform, signified by a goal flag, and you’ll have achieved a Snail victory.

To summarize, in order to achieve a Snail victory, do the following:

That is everything you need to know about how to win with the slow might of a Snail in Killer Queen Black. For more helpful tips and tricks, be sure to search Twinfinite.