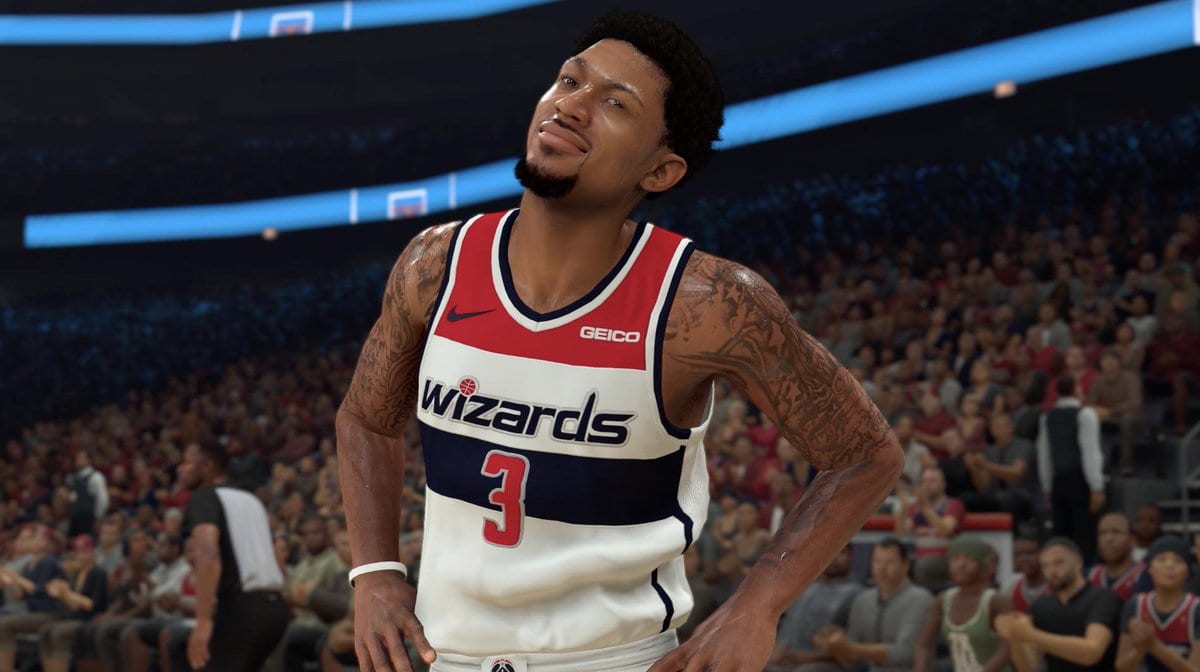 How does a game go from being a Twitter Moment thanks to an extremely buggy launch, to becoming the current best-selling title in the United States this year in the span of a month?

Surely, changes must have been made to elevate the game in ways that made consumers forget about those past issues, right? Surprisingly, in the case of NBA 2K20… not really. Rather, it’s a lack of meaningful competition that has kept NBA 2K afloat.

Despite complaints and negative press, NBA 2K20 isn’t a bad game. Our review goes into more detail, but the MyCareer story mode is well-executed, the presentation is top-notch, and the gameplay feels realistic more often than not.

With that being said, though, its flaws are glaring. When looking at its grind-focused, pay-to-win nature and its predatory microtransactions, it can be confusing trying to understand why so many players continue to buy in year after year.

After coming face-to-face with literal slot machines in the first MyTeam mode trailer, why do fans still stick around?

I can answer that question because I’m one of those fans. Honestly, it’s because there are no other serious options for big basketball fans like myself.

Gone are the days of challenging a friend in the NBA All-Star Weekend events of NBA LIVE 2005, or pulling off ridiculous moves in the sepia filtered Gamebreakers of NBA Street Vol. 2.

Fans have had to say goodbye to the glory of going from rags to riches in NBA Ballers, and even the joy of becoming a childhood sensation in Backyard Basketball.

Of course, one could still own those games and enjoy them locally, but solo play and couch co-op don’t always give that same feeling you get when your squad beats another group of players online.

Those times were fun while they lasted, and now that that they’re over, NBA 2K has slowly built a monopoly of sorts over the basketball subsection of the sports genre.

Just over a month before various news outlets reported on NBA 2K20’s success based off of NPD’s data, #Fix2K20 was trending on Twitter alongside other hashtags that called for the firing of some of the more prominent public figures on the NBA 2K team.

Shortly after the game was released, the community had already had enough of bugs that ranged from missing names on the backs of jerseys, to player progression not being recorded at all.

Once these glitches were finally addressed, the NBA 2K community took to Twitter once again, stating that the placebo patches did little to solve the issues that plagued the game.

Very few games, AAA or otherwise, could easily stomach these kinds of controversies at launch, let alone drastically increase their sales in spite of them.

NBA 2K20 has recently received its seventh patch since it launched last month, and yet, it still feels as though players are unsatisfied due to a lack of meaningful changes or communication.

To elaborate, the official patch notes posted on Reddit contain six bullet points: three that address specific issues that were taken care of, two that introduce new features, and one that claims “many, many more fixes” were made, but remain unlisted.

Several users have already voiced their displeasure with that last point, among other things, but this has been par for the course with NBA 2K as a whole for the past few years.

It doesn’t help that the only game that seems remotely interested in challenging NBA 2K, NBA LIVE, takes years off, then comes back with games that don’t have enough enticing features and feel a bit off gameplay-wise because of a lack of realism.

NBA LIVE 19 had some missteps that couldn’t be ignored. When multiple players, including Shaquille O’Neal and Kevin Durant, have the same body type and behave similarly, it’s hard to look the other way.

Players weren’t even able to create a character to use offline in Franchise mode like they could in years prior. The game certainly took some steps forward, but a few too many backwards at the same time.

The healthy competition between EA Sports and 2K Sports has devolved into a one-sided beatdown in 2K’s favor.

Unless EA resurrects gems from their EA BIG days, or gives NBA LIVE a little extra something to tip the scales, this will probably continue on for the foreseeable future.

EA may not even need or care to continue pushing against 2K’s vice grip on basketball when they’re already doing well with their NHL, NFL, and FIFA games.

At the moment, 2K Sports has no real reason to change their annual basketball formula because of users like myself and others that continue to play their games, because we love video games and basketball, regardless of the complaints that we have.

Younger or more casual players may not even see things like rampant microtransactions as an issue, or even notice them at all. Even if they do, what’s an extra $20 or so if you can see your character’s numbers go up immediately?

The Virtual Currency in NBA 2K20 doesn’t affect Quick Play or MyLeague modes, so for some, it’s little more than an afterthought.

Those, like myself, who play multiple VC-infested modes will continue to complain into the void.

Maybe one day someone or something will inspire 2K to get the series out of this frustrating rut it’s been in, but as long as fans in the same boat as me keep signing up for the drama year after year, that’s likely what we’ll keep getting.