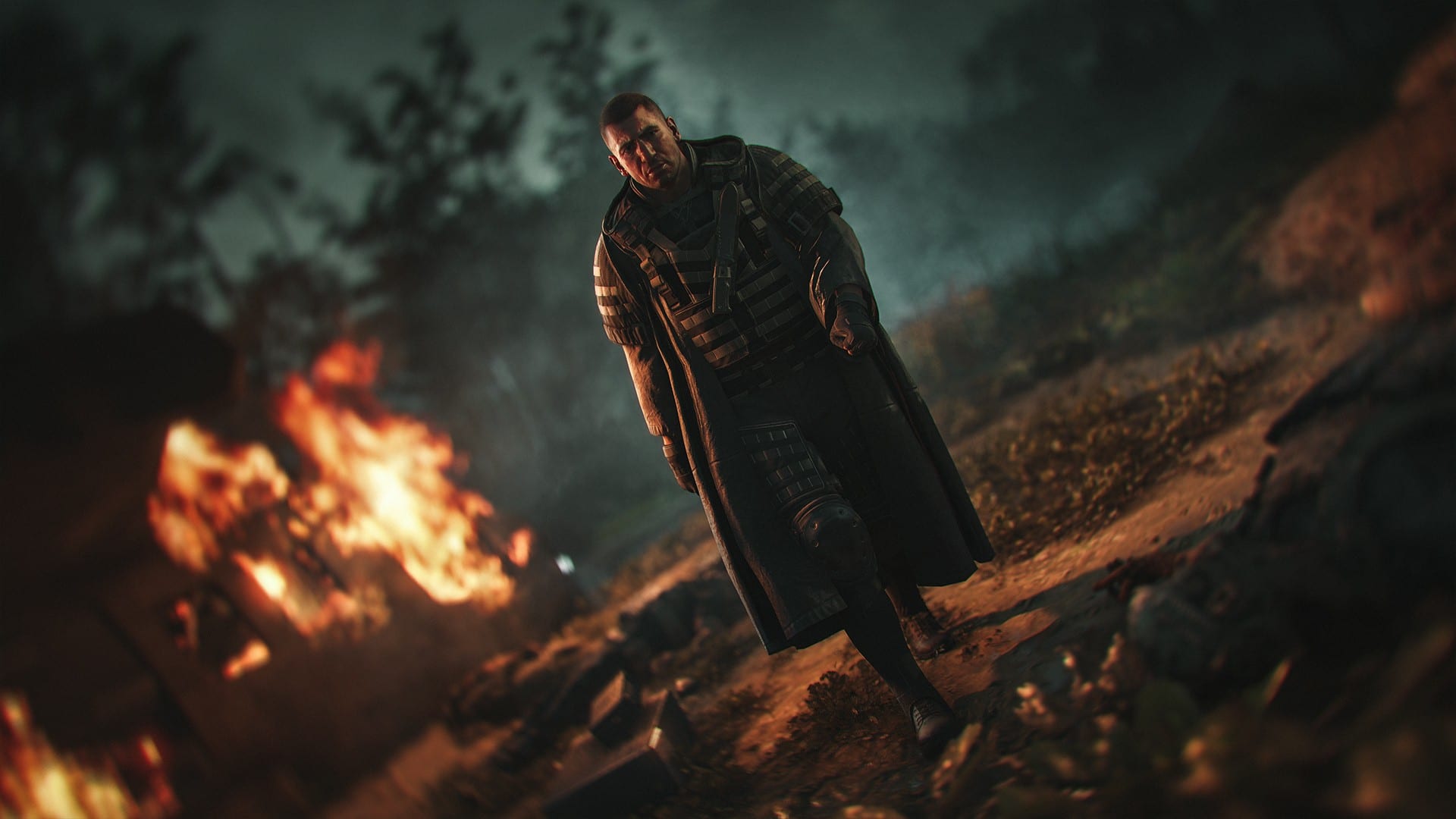 Cole Walker is Ghost Recon Breakpoint’s main antagonist. Unlike most games that make you wait until the very end, players can take on this ‘final mission’ so to speak whenever they want. It requires a bit of faff, but it’s certainly possible. In this guide, we’ll talk you through how to kill Walker in Ghost Recon Breakpoint. We’ll also give you some tips on how to kill him early in case you don’t want to wait so long.

For starters, we’re going to run you through the best way to take down Walker once you’ve naturally progressed through the game. Scroll a little further down the page for our tips on how to kill Walker early in the game.

Clearing the Airfield of Enemies

Before you go sprinting in to take down Walker himself, you’ll have to take down a bunch of his buddies first. Don’t cross the bridge leading into the base. Instead, use your drone to mark all of the enemies in the surrounding area that you can see.

This allows you to keep track of enemy movements and pick them off from distance without getting within range of that pesky Behemoth (more on that later). Once you’ve marked them all, we’d suggest taking down the enemy on the opposite end of the bridge, by the small building.

The enemy will sound an alarm if you don’t kill them fast enough, or other enemies are alerted to your position. As such, you’re always best getting them out of the way first.

Use a sniper rifle to take the enemies out from distance and keep yourself undetected. Once you’ve cleared all marked enemies, send the drone out again to take another look around. Mark more enemies, and rinse repeat this process.

After a while, enemies should stop appearing, and you’ll just be left with that mighty Behemoth tank sat smack-bang in the middle of the airfield. Three guesses what we’re going to do next.

Taking Out the Behemoth Tank in Ghost Recon Breakpoint

Here’s the fun part. The Behemoth is just a massive tank with a missile attack to ruin your health from range, and machine guns that’ll rip you apart from range.

As we’ve noted in our linked guide above, the first thing you’ll want to make sure you’ve got is a rocket launcher, which is a skill you can unlock in Ghost Recon Breakpoint’s skill tree.

This, alongside a strong assault rifle (an under-barrel grenade launcher is a bonus), will make up your offensive options against the Behemoth.

In terms of giving you a bit of a break from the relentless attacks of the Behemoth, you’ll want to make sure you’ve got EMP Grenades. These will immobilize the Behemoth briefly, allowing you to heal up or get out of the way of its attacks before you launch your own offense on it.

Then it’s simply a case of unleashing all of the rockets, EMP Grenades, and assault rifle ammo that you can as quickly as possible.

Aim for the red spots on the Behemoth to exploit its weak points. Also, make sure you run out of any red circles that appear around you on the floor. These indicate you’re about to be decimated by that aforementioned missile attack.

Soon enough, the Behemoth will be defeated and you’ll be ready to get one step closer to killing Walker in Ghost Recon Breakpoint.

Now you’re ready to take down Walker himself. Be warned, the large building with the ‘Upload the Virus’ objective marker in it will house more Wolves, so you’ll need to be prepared to take these out.

A lot of players have found luck with booby-trapping the stairs in this room directly to your left as you enter. This is done by simply planting as many mines as you’ve got on the stairs, and then using whatever your preferred weapon is to wipe out any other enemies before they hit the mines.

Alternatively, you can just goad these Wolves into following you down the stairs. Run up, let them see you, and then bail fast back down the stairs. As they come down, keep on firing at them.

Eventually, Walker will come and see what all of the fuss is about. At this point, you’ll either want to throw grenades at him, plant those mines, use a rocket launcher if you’ve got one, or just focus your primary weapon at him. A combination of all of the above also worked pretty well for us.

Congratulations, with a bit of luck, you’ll then have successfully killed Walker in Ghost Recon Breakpoint the proper way. Of course, if you want to cut the playtime of Breakpoint down, you can always use our method below to kill Walker at the beginning of the game.

How to Kill Walker at the Start of Ghost Recon Breakpoint

In the opening mission of Ghost Recon Breakpoint, you’ll need to find and inspect three helicopters. After finding the first one, ignore the second and head straight for the third one off to the side on your map.

This will allow you to make your way to Erewhon, while also leaving Cole Walker at the second helicopter.

Next, you’ll need to rack up some Skell Credits. These can be earned by opening chests, killing enemies, and generally completing missions.

You’ll need about 10,000 credits to get the Grenade Launcher from the shop in Erewhon. Go ahead and buy this when you can, and then return to the second helicopter site.

Don’t run straight over to the helicopter, though. Instead, sit up on the hill overlooking the helicopter and equip your grenade launcher. Start shooting at the helicopter and it’ll begin to try to fly off. Continue to fire grenades at it and it should eventually drop. Walker won’t be dead just yet, though.

He’ll still be on the ground, so continue to fire your grenade launcher at the enemies on the ground. You’ll know that you’ve killed Walker at the start of Ghost Recon Breakpoint when the Brother vs Brother mission is completed. A notification for this will pop-up in the top left-hand corner of the screen.

What Do You Get for Killing Walker in Ghost Recon Breakpoint?

Regardless of whether you opt for the natural method of killing Walker at the airfield, or the method to kill him at the start of the game, you’ll be given the Silver Stake Assault Rifle, and the Sharp Thunder hand cannon signature weapon.

That’s everything you need to know on how to kill Walker in Ghost Recon Breakpoint. For more tips, tricks, and guides, be sure to check out our ever-expanding guide wiki. You can also search for Twinfinite, or check out more of our guides for the game below.