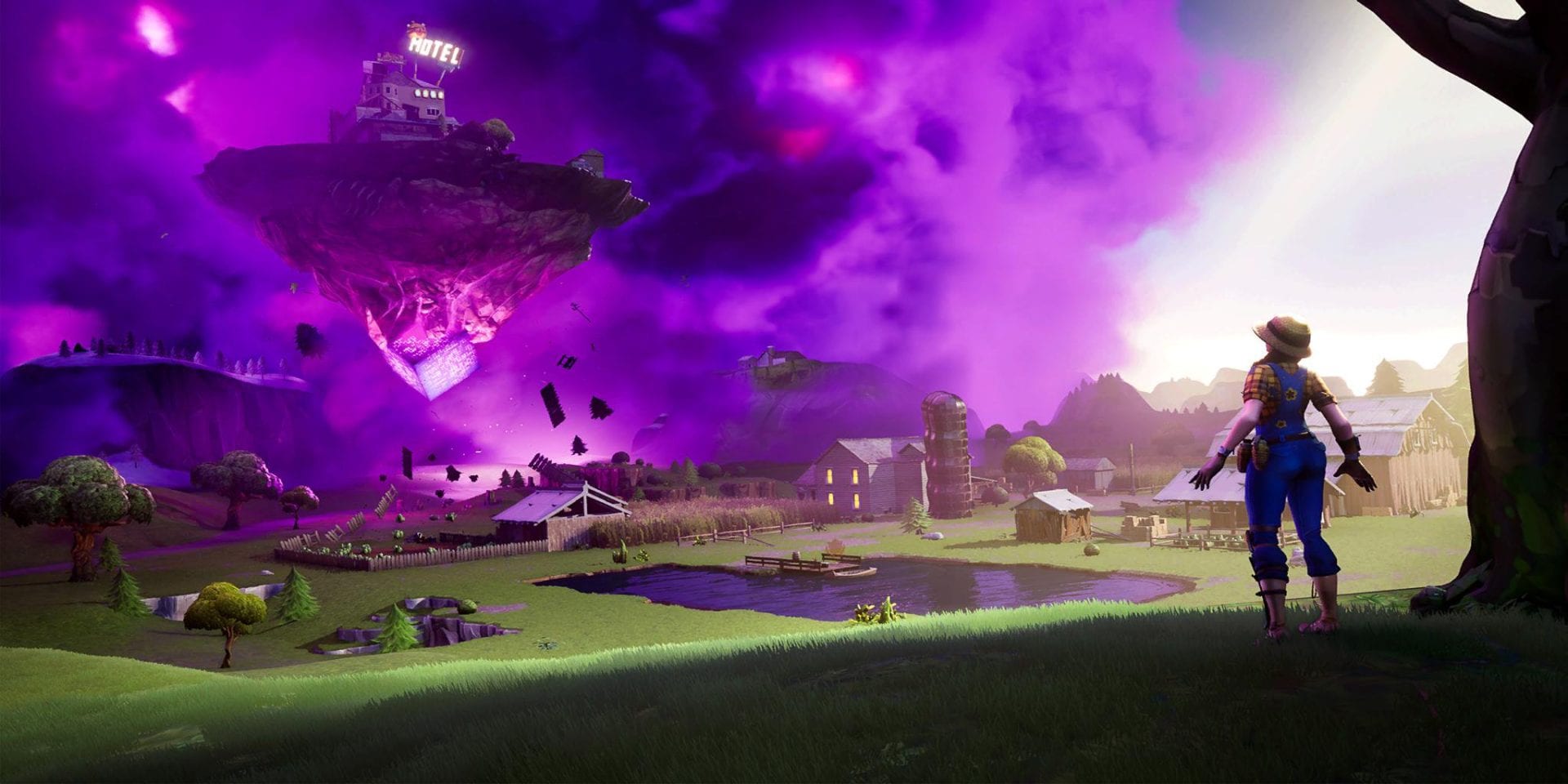 Another week has rolled around and that means Epic Games has dropped another limited-time mission into Fortnite Season X. The Return mission tasks players with doing all kinds of simple tasks as they duke it out on the island, but completing three challenges will unlock a loading screen which hints at the week 6 secret star location. If you’re struggling to find the clue, look no further.

Upon completing any three challenges from the ‘The Return’ limited-time mission in Fortnite, players will unlock the loading screen that goes by the same name. It shows Kevin the Cube holding up a floating island with the Motel on the top. It’s a combo of two old locations returning at once!

We’re not all that interested about Kevin the Cube for now, though (kidding, when are Fortnite fans never interested in Kev!), instead, we’re looking for the clue to week 6’s secret battle star’s hiding spot.

Well, if you look just beneath the house in Fatal Fields, you’ll spot a little dock by the lake. And hovering at the end of that lake, well, it’s none other than the week 6 secret star in Fortnite Season X.

For this, you’re going to need to head to Fatal Fields and land in grid coordinates G9. The small lake and the dock are incredibly easy to spot, and can be found in the south of the named location.

Once you land here, simply head to the end of the dock and the week 6 secret star should appear before you. Collect it by pressing X on Xbox One, Square on PS4, Y on Switch and E on PC, and you’ll get yourself a free Tier for your Season X Battle Pass.

For more tips, tricks, and guides, be sure to check out our ever-expanding Fortnite Season X guide wiki.