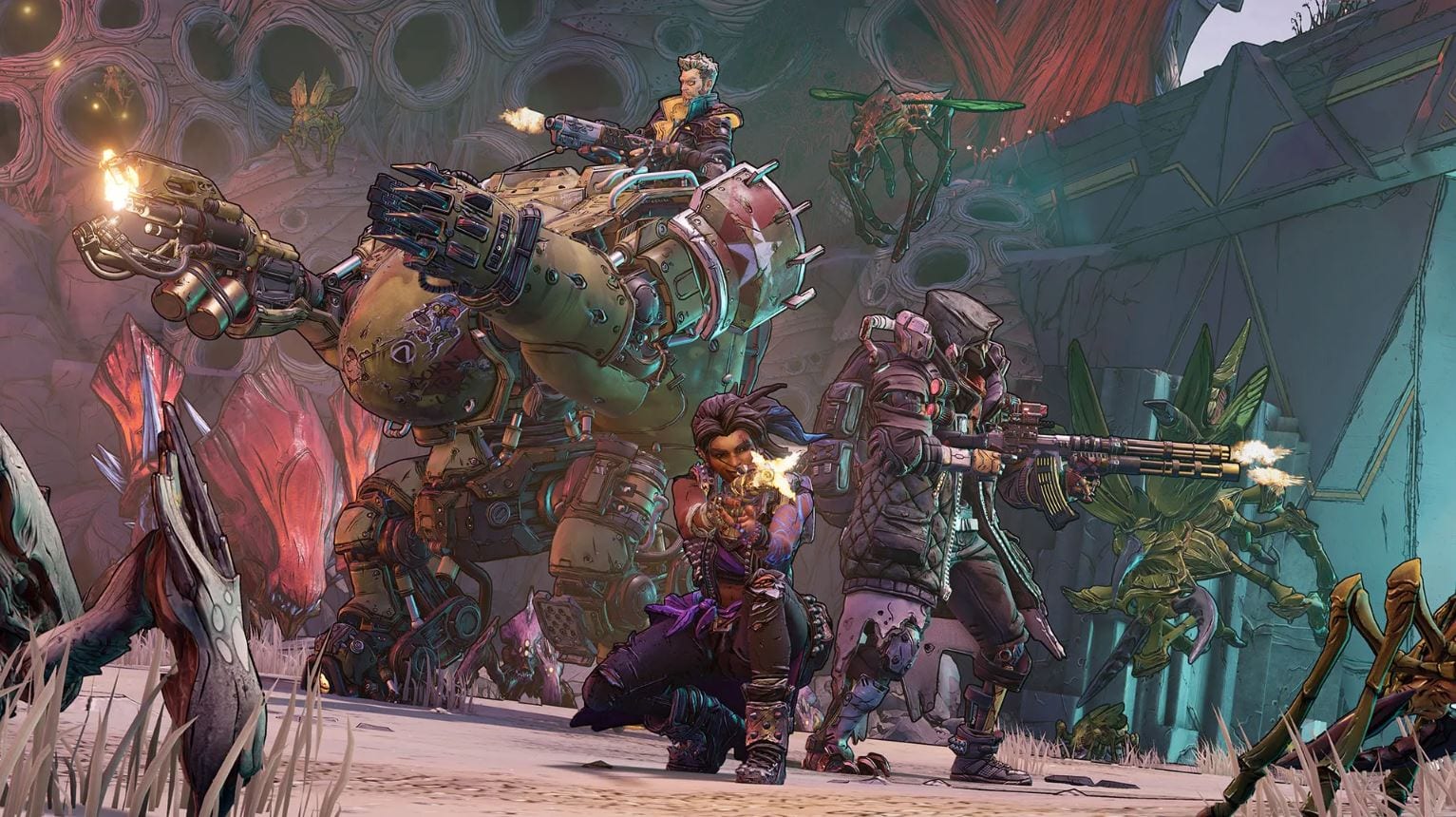 This might not come as a surprise, but there is a lot going on in Borderlands 3; lots of looting, lots of shooting, a bajillion guns, and many enemies to use them on. It’s easy to overlook the story.

Though the game’s campaign is long and the sidequests are many, there are still unresolved plot threads left dangling from previous games. After beating Borderlands 3, here are some questions still left unanswered.

Warning: Spoilers for Borderlands 3, the Pre-Sequel and Tales from the Borderlands. Turn away now if you don’t want to be spoiled about the plot of any of these games.

Where was the Watcher?!

Borderlands: The Pre-Sequel introduced a lot of new characters, but none as mysterious as The Watcher, who is most likely a surviving Eridian, but we aren’t even really sure of that much. When the Watcher was introduced in The Pre-Sequel, the splash screen had an indecipherable description, followed simply by a question mark.

However, the Watcher was believed to play a big part in the newest game; at least, that’s what The Pre-Sequel set it up to look like. At the end of The Pre-Sequel, The Watcher saves the vault hunter Athena from death at the hands of Lilith and warns them of a coming war. This warning, and The Watcher itself, is then never really addressed in Borderlands 3.

The Watcher knew of the evil of Handsome Jack, and participated in guiding his downfall; they even handed us a cliffhanger ending, and then seemingly dropped off the face of all of the planets.

So what was the war they were talking about? Where did they go? Who are they? I, for one, would still like to know.

What Happened to Rhys and Fiona at the End of Tales from the Borderlands?

Rhys is something of a vault hunter himself, but Borderlands 3 didn’t really want to talk about it. See, Tales from the Borderlands ends with the game’s two main characters, Rhys and Fiona, opening the Vault of the Traveller, opening a chest inside it, and suddenly teleporting to… somewhere else.

Rhys (and his mustache) play a fairly large role in the events of Borderlands 3, but the whereabouts of the teleportation or what the vault actually provided is never discussed. Fiona, on the other hand, is missing entirely. The contents of the vault and the whereabouts of half the people who opened it never seemed to come up.

However, there may be hope for Fiona yet. There is an audio log that can be discovered in which Rhys asks Zer0 to keep searching for a “her,” which is more than likely referencing Fiona.

It’s nice to have possible confirmation that the game hasn’t completely forgotten about Fiona, though the outlook is still unclear as to whether or not we will ever know what was actually in that vault.

What’s Up with Handsome Jack and the State of Hyperion?

The final episodes sees Rhys crash the Hyperion satellite Helios into Pandora, effectively ending the corporation’s reign over the planet. However, like every corporation present so far, Hyperion is a multi-planet, galaxy-spanning corporation that can’t be destroyed by the destruction of a single satellite.

So where are they in Borderlands 3? What are their new plans? Why are the New-U systems still operating normally? Most importantly, will they come back into play in future games?

Hyperion wasn’t the only thing destroyed at the end of Tales, either. Handsome Jack, or rather, an A.I. version of Handsome Jack, is living in Rhys’s cybernetic eye. In a climactic moment, the game gives you the option to crush the eye, or keep it. There is no canon choice here, the decision could still be permanently made for the next games in the franchise.

If Jack is alive, what is he planning? Is he biding his time, waiting for an opportune moment? Or is he really, truly dead this time?

Where Are All the Missing Characters?

If you’ve played through Borderlands 3, you’ve undoubtedly noticed some absences. Some of them I’ve already mentioned, like Athena and Fiona, but some of them are never addressed.

These include many of the Borderlands 2 vault hunters, four of the six are missing. While Maya and Zero are present, Axton, Salvador, Krieg, and Gaige are all seemingly missing (though Krieg has discoverable echo logs).

Also, most of the medical staff is missing. Dr. Zed and Nurse Nina are fully absent, though Dr. Zed may have simply gone back to med school. Tannis seems to have taken their place in the med bay, though Zed still runs all the vendors.

So where are they? Will they ever be back, or have they all gone their separate ways?

Well, while we wait for our answers, we need something to keep our minds off of it. So, here are guides for the best legendary weapons, the best grenades, and how long it takes to beat the game.