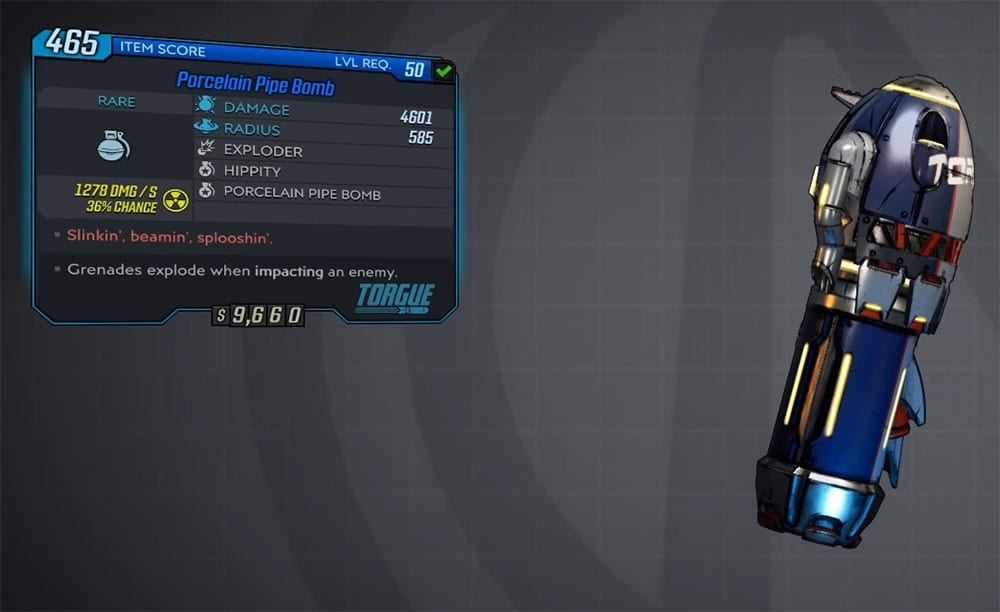 Borderlands 3 has literally billions of guns, but there’s more to offense in the game than just shooting; a couple of different grenades actually comprise some of the most powerful weapons in the game. Here we’re going over two that we’ve grounded best grenade in Borderlands 3.

What the Best Grenade in Borderlands 3 is

Rather than give you one single grenade, we’re going to list two that we think are excellent under different conditions.

The Porcelain Pipe Bomb is extraordinarily powerful, packing both high base damage and elemental damage. Just a few throws is enough to seriously deplete most of the game’s toughest bosses.

We’ve already written a detailed guide on exactly how to get the Pipe Bomb. In brief, though, it’s something you’ll get as a reward for completing the mission “Raiders of the Lost Rock,” which can be undertaken from Reliance on Eden-6. It’s a fairly simple mission you shouldn’t have too much bother with.

Our second pick is the awesome Storm Front Legendary grenade, which is superb at taking out multiple enemies with strong shields. When it’s thrown, the grenade explodes with lightning damage which chains between different enemies, draining them of their shield.

To get the Storm Front you’ll need to do a bit of farming. Specifically, boss farming, over on the planet Athenas. If you haven’t been there already, you’ll be farming a boss called Captain Taunt.

You’ll want to fast travel over there and make your way to the end of the level. Before engaging with Taunt, make sure you activate the checkpoint so that if you don’t get what you’re looking for on the first run (and you probably won’t), you can quit, load back in, and repeat.

That does it for our picks for the best grenades in Borderlands 3. We’ve got a ton more useful tips and tricks for the game over on our wiki guide page. We’ve also included some below!