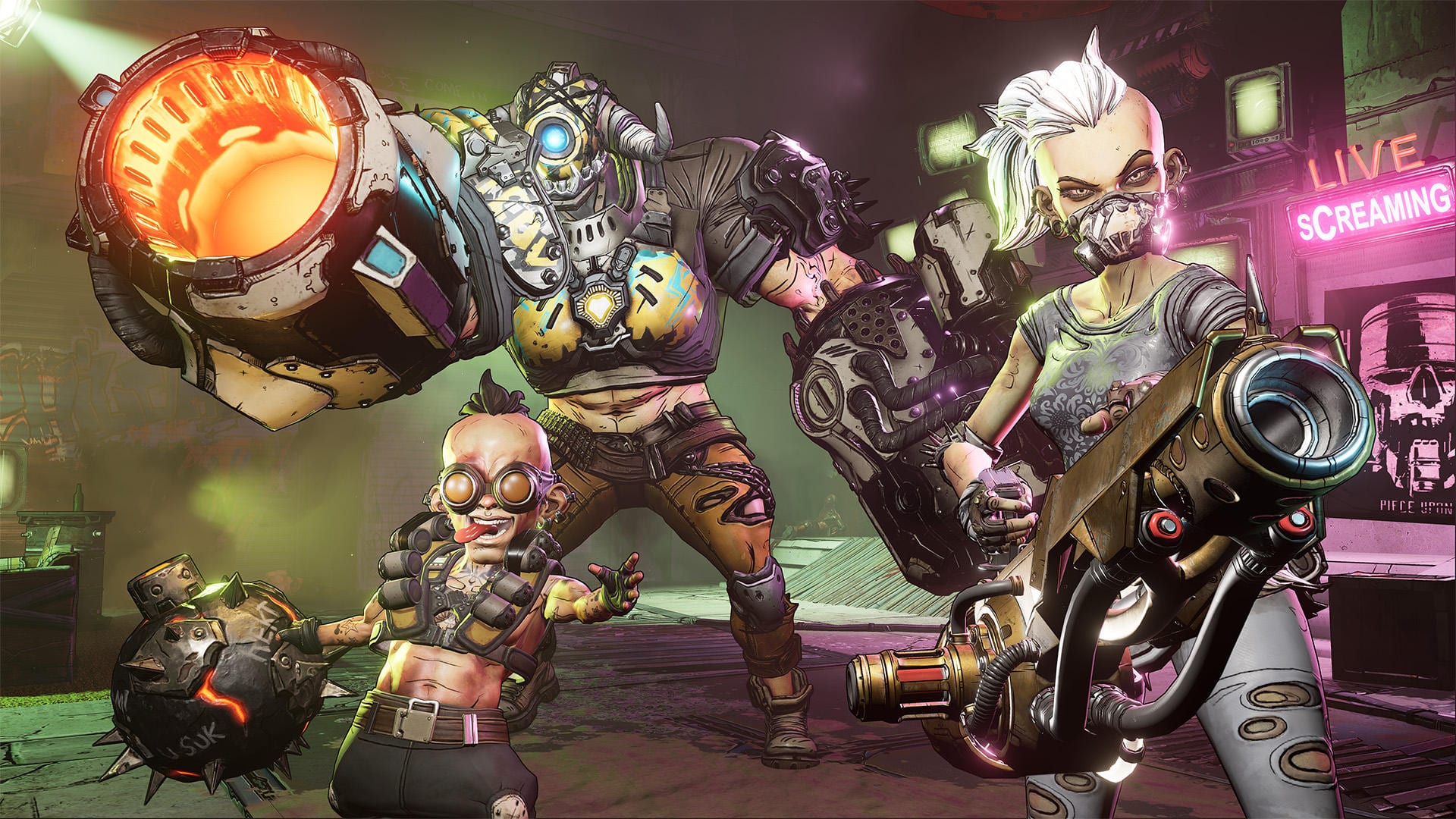 The real meat of Borderlands 3 lies in the looting and farming of Legendary tier weapons, and now that we’ve gotten some solid playtime into the game, we can start talking about the absolute best Legendaries we’ve found so far. Here are the best Legendary weapons to use in Borderlands 3.

This is the best Legendary shotgun I’ve come across so far in Borderlands 3, and it’s a total beast.

Sure, like most video game shotguns, the range on this thing isn’t great, but it does so much incendiary damage when you get up close and personal, and the reload speed is pretty nuts. Since it consumes two rounds per shot, you pretty much need to reload the gun after every blast, but the reload speed is so speedy that’s basically a non-issue.

If you out-leveled the Unescapable Sellout and were looking for a nice replacement Legendary weapon for your pistol slot, the Double-Penetrating Occultist is a good bet.

Instead of consuming three rounds per shot, it only consumes two, and it still packs a very hefty incendiary punch. The trade-off? You can’t switch between incendiary and corrosive damage, so it’s a little bit less versatile than the Sellout.

And, of course, the Unescapable Sellout, which might very well be the best Legendary pistol you can get your hands on in Borderlands 3.

It’ll burn through your ammo reserves pretty quickly as it consumes three rounds per shot, but it’s basically a fast and punchy grenade launcher that deals a ridiculous amount of splash damage. It’s fantastic for crowd control, and tanky bosses that you just want to melt quickly.

Being able to switch between incendiary and corrosive damage is also a huge plus, as you’ll be well-equipped to damage Flesh and armor. The only downside is that the Calypsos will never let you live it down.

If you just look at the perks alone, the Bountiful Destructo Spinner doesn’t look all that impressive… but it is.

Everyone won’t shut up about the Cloud Kill, but the Bountiful Destructo Spinner is where it’s at when it comes to Legendary SMGs in Borderlands 3.

While you can switch between corrosive and shock damage, there’s really no need to. And that’s because depending on which element you’re on, you have a chance of firing rounds from the other element when you’re unloading on an enemy, effectively allowing you to deal two different types of damage at once.

When you take into account the fact that corrosive and shock are effective against armor and shields respectively, the Destructo Spinner becomes one of the best Legendary weapons that fits in well with any build or loadout.

If you just want to destroy things, you really can’t go wrong with a rocket launcher. More specifically, the Stuffed Quadomizer will almost certainly get the job done and help you clear out large groups of enemies in seconds, provided that you have the ammo for it.

The biggest drawback of this Legendary weapon is the ammo consumption, and unless you’ve upgraded your heavy ammo reserves, you’ll need to be more conservative with how you use this thing.

But if you do have the ammo for it, you’re in for a good time. The splash damage radius on this thing is fantastic, and it deals irradiated damage, which applies a DoT effect to surrounding enemies, if they haven’t already died from the rocket blast.

And those are our picks for the best Legendary weapons in Borderlands 3. Be sure to check our Borderlands 3 guide wiki for more tips and information on the game.