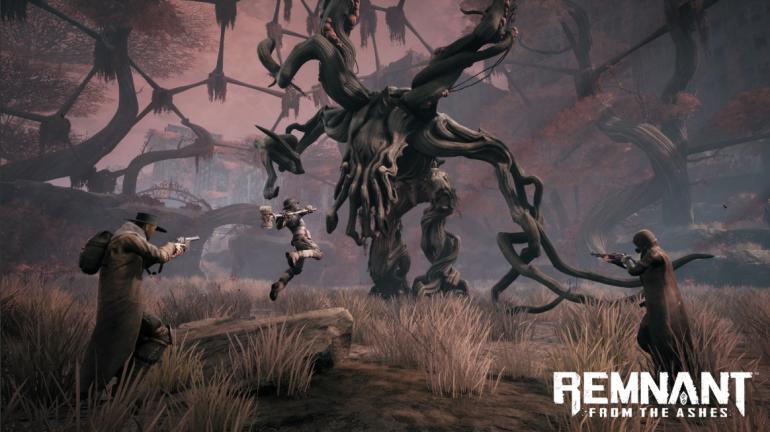 Remnant From the Ashes is full of tough boss fights, and thanks to the randomly generated nature of the game, you never know which one you are going to face next. If you are unfortunate enough to face him, here is how to beat the Ent boss fight.

An enormous sentient tree, the Ent puts out some serious Cthulhu vibes. And while he is certainly intimidating, with a steady hand and a quick trigger finger, you can get through this.

How to Beat Ent Boss Fight in Remnant From the Ashes

You will face either the Ent or Singe as your final opponent on the first world, Earth. The battle takes place in a large, open arena.

Before entering the fog-gate, bring a weapon with a decent range, either the Assault Rifle or Hunting Rifle will do the trick. As the Ent is very weak to fire, the Burning Heat mod would also be desirable.

The Ent will immediately assault you with long-range shockwave attacks. The key to countering these is timing, simply roll into them at the last possible moment.

During certain attacks, a weak point will open on the Ents back. Wherever possible, punish him by taking advantage of this.

Always be on the lookout for exploding enemies that will drop off his body, they can make things really tough. In addition, during the second phase of the fight, melee foes will burst out of the ground. Make sure to always deal with them before firing on the Ent.

The most dangerous attack the Ent has is a sort of howitzer attack: he will crouch down low and fire organic artillery at you, each round bursting into a gas that will cause the Rot status effect.

While intimidating, simply roll every time you hear the audio cue that means a shell is in the air. Of course, you also need to make sure you aren’t being swarmed by adds or rolling into an exploding foe, which is what makes this so difficult.

That’s it, everything you need to know to beat the Ent boss fight. If you are stuck in other areas of the game, check out some of our other guide articles like: