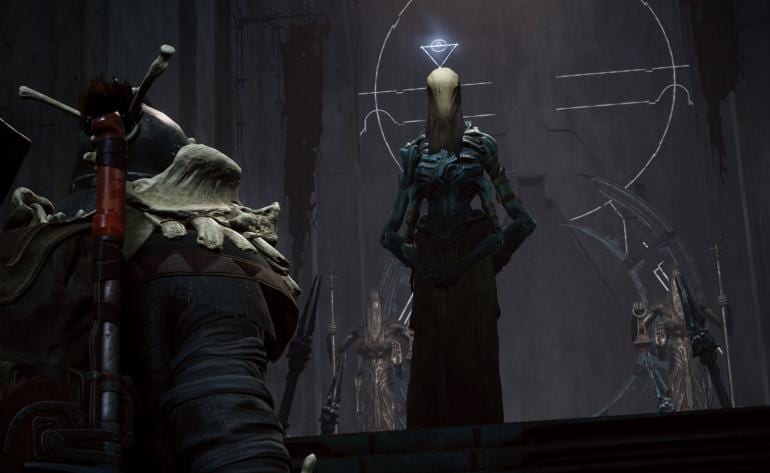 In Remnant From the Ashes, players have been thrown into chaos, introduced to a world suffering caused by an ancient evil from another dimension. The only way to save humanity is by fighting back against these monsters. Here is everything you need to know about how to defeat the Undying King Boss Fight in Remnant From the Ashes.

Before heading into this fight, we recommend you pick up Divine Nectar and Houndmaster’s Jerky. These buffs increase your Effectiveness and Critical Damage when used.

In order to even fight this boss in the game, you’ll need to refuse to give the Undying King the heart of the beast key when he asks for it.

Doing so sends him into a rage, as he sicks his minions on you.

Take out the turrets first to avoid long-range attacks, then focus on the minions he summons.

Since they are both ranged and melee, it is important to take these out before focusing on the Undying King himself.

After avoiding his strong melee attacks, you’ll notice that one of the most annoying parts about this boss fight is how much the Undying King heals.

This occurs right after you’ve depleted the Undying King’s health bar halfway. When you do, he’ll head back to his throne.

At his throne, he begins to summon more minions while also healing.

Be sure to place yourself in front of him, near the throne. Doing so allows you to take out the fast minions that are summoned while also taking potshots at the boss.

Since he is the Undying king, you’ll have to take him down twice, as he regenerates some health after you take him down completely the first time.

After you beat him the second time, you’ve officially won the battle.

That is everything you need to know about how to defeat the Undying King Boss Fight in Remnant From the Ashes.

For more helpful tips, tricks, and other guides, be sure to search Twinfinite. Here are a few Remnant From the Ashes guides to help get you started.