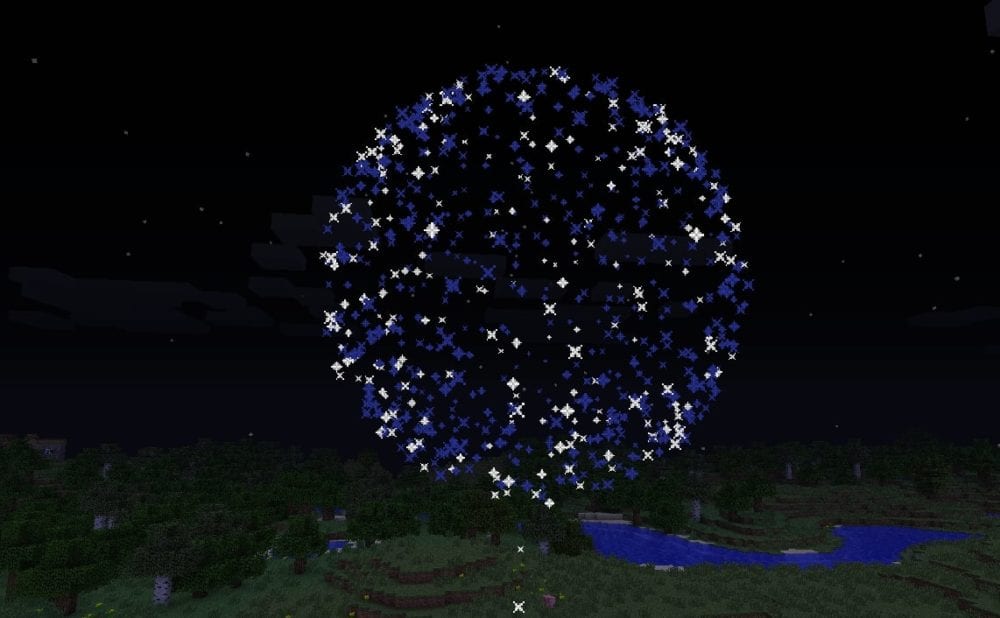 You can make just about anything you want in Minecraft, and if you’re a fan of making big, pretty explosions in the sky, then you’ll probably want to make yourself some fireworks. Of course, to do so, you’ll need to make sure you’ve got the right materials and know-how to make them yourself. Here’s how to make fireworks in Minecraft.

First off, it’s important to note that there are five different types of fireworks you can make in Minecraft. These are as follows:

The way you make each of these types varies slightly, as will the crafting materials depending on the color of the explosion, the effect you want once it’s exploded, and so on. In other words, there’s a bunch of variables for making fireworks in Minecraft that can make things a little trickier. Still, we’re going to run through each of these types to try and simplify what you need to do.

Firework stars are one of the first things you’re going to need to craft before you can actually go ahead and make the fireworks themselves. These essentially determine the type and color of the explosion you’ll get. You’ll need whatever colored-dye you want your firework to explode into as one of the crafting materials.

They can explode into 10 different colors, and we’ve listed all of the colors (and dyes) that you’ll need to make fireworks stars below.

Once you’ve got the required colored dyes from the list above, you’ll then also need to make sure you’ve got at least one Gunpowder for every firework star that you want to craft. Finally, depending on the type of firework (that we noted above), you’ll need to add one final item alongside your dye and gunpowder to create the firework star. We’ve listed these items next to the types below.

With your dye, gunpowder, and chosen item from the list above all in your inventory, head over to a crafting table and set it to a 3×3 grid. Place the items wherever you want within the table and you should then see the firework star appear on the right-hand side. Now we’re ready to actually craft the fireworks themselves.

How to Make Fireworks in Minecraft

The firework stars are the most difficult part of making fireworks in Minecraft, so congrats if you’ve got this far. The next thing you’ll need to do is simply combine this star with a couple of other ingredients to turn it from a mere star into a big rocket that’ll go boom.

To actually make them, simply head to a crafting table and once again ensure it’s set to a 3×3 grid. You then need to add your firework star, (at least one) Gunpowder, and paper to the table. You should now see the firework rocket appear on the right side of the screen.

You may have noted we said above “at least one Gunpowder.” That’s because the amount of gunpowder you add into a firework will determine how high into the sky it will go (it’s flight duration).

The more gunpowder, the longer the flight duration. You can add between one and three units of gunpowder to determine this.

That’s everything you need to know about how to make fireworks in Minecraft. For more tips, tricks, and guides, be sure to search for Twinfinite or check out more of our guides on the game down below.