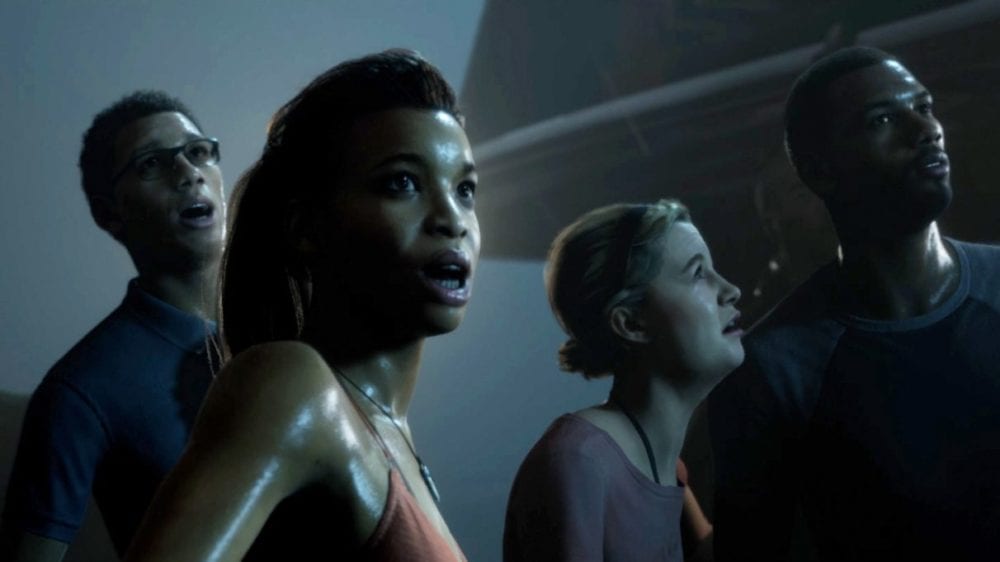 Right towards the beginning of Man of Medan’s narrative, the group of young explorers and adventurers find themselves coming face-to-face with a bunch of fishermen called Olson, Junior, and Danny, but they’re a little sinister-looking, to say the least.

Spoiler Warning: This post contains spoilers regarding exactly who the fishermen are and their relevance in the story. If you’re looking to enjoy Man of Medan spoiler-free, turn back now.

Who Olson, Junior, and Danny Are in Man of Medan

Within the first hour of the game, Fliss and Conrad will be ambushed by Olson, Junior, and Danny while they’re on the ship and Alex and Julia are diving beneath.

The fishermen look a little bit sinister and evil-looking, and later on in the night, they end up ambushing the Duke of Milan (the group’s boat).

Olson, Danny, and Junior take the group hostage aside from Brad who manages to hide on the Duke, while the rest are taken to the Ourang Medan to seek out the Manchurian Gold.

This is where the bulk of Man of Medan’s narrative and spooky bits take place, and while it might seem like the fishermen have some kind of role in it all, they actually don’t.

From what we’ve gathered from our numerous playthroughs, if anything Olson, Danny, and Junior are pirates, or criminals who have simply heard the rumors of Manchurian Gold being on the Orang Medan.

What Happened to Olson’s Eye?

Unfortunately, we never get an explanation of what happened to Olson’s eye, as it seems fairly heavily injured and mutilated.

Whether or not we’ll get an explanation to this in a future story of The Dark Pictures anthology remains to be seen.

That’s everything you need to know about who the fishermen Olson, Junior and Danny in Man of Medan are. For more tips, tricks, and guides, be sure to check out our ever-expanding Man of Medan guide wiki.