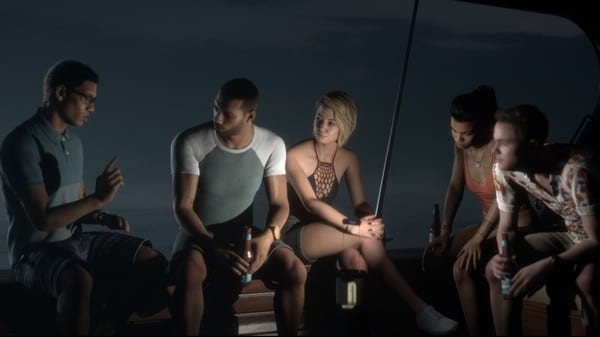 In Man of Medan, Supermassive’s newest narrative-driven adventure game, there is an opening theme that introduces some of the main cast of the story, in which a licensed rock track plays. If you’re trying to figure out what the song from the opening is, we have that info for you right here.

What the Song Is From the Opening of Man of Medan

Once you complete the opening prologue of Man of Medan, which takes about 20 minutes or so, there will a short intro musical segment that gives us a look at the main cast of characters.

We get introduced to the Curator who acts as a sort of Shephard or narrator, similar to the man from Until Dawn, and we also get a rocking track that is actually licensed.

The song from the opening is called ‘A Conversation with Death’ and is performed by an American doom metal band named Khemmis. The song comes from their 2017 album, Fraught With Peril.

The song definitely brings out several of the tones that are present in the plot of Man of Medan, such as death, despair, and other dreadful things.

And that’s pretty much all you need to know about what the opening song is in Man of Medan.

For more on The Dark Pictures Anthology – Man of Medan, do be sure to check out our expansive wiki guide, which is chock-full of helpful tips, tricks, and more. Here a couple of relevant guides to help you get started, which you can see down below:

And as always, if you have any additional questions, feel free to leave us a comment down below. We will try to get back to you with an answer ASAP.

For more guides such as this one, just search Twinfinite.