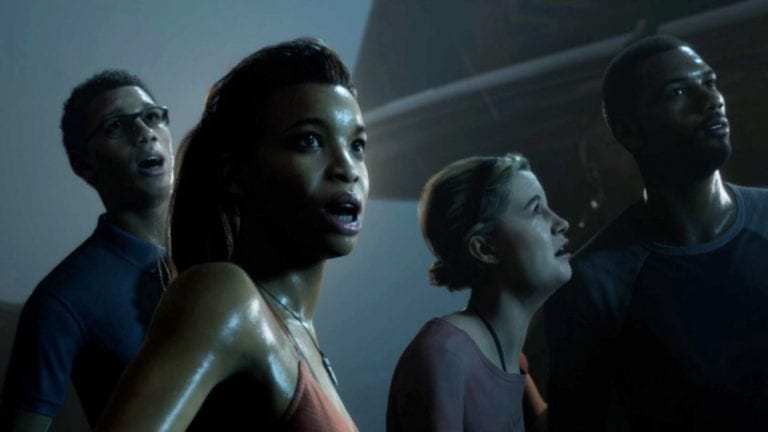 As you follow the group’s adventure in Man of Medan, you’ll keep hearing talk of Manchurian Gold. After all, that’s the whole reason you find yourself on that ship in the first place. However, as you explore more of the ship, everything isn’t quite what it seems. Here’s what Manchurian Gold actually is in Man of Medan.

Spoiler Warning: We’re about to talk about a pretty big spoiler point that’ll greatly impact the decisions you make in Man of Medan (you’ll see why in a minute). If you’d rather enjoy the story spoiler-free, we advise turning back now.

What Manchurian Gold Actually Is in Man of Medan

While your group of protagonists and the fishermen who have accompanied them to the ship will keep talking about Manchurian Gold being hidden away in one of its many rooms, it’s not actual gold.

As you begin exploring the ship, you’ll begin to find that a lot of what you see isn’t actually real, and that includes the monsters that are seemingly chasing you the whole time.

That’s because Manchurian Gold is actually a chemical weapon that was being experimented on by the Americans. As you explore the ship, you can find one of Man of Medan’s ‘Secrets’ called ‘Minutes of Meeting.’

It reads: “A confession, from a person known as ‘Scientist X’, stating that what the Americans codenamed Manchurian Gold was an investigation into distributing chemicals on the battlefield. The chemicals caused violent paranoid hallucinations”

Where Is the Manchurian Gold in Man of Medan?

As you’re exploring the ship, you’ll occasionally see clouds of a greenish-yellow gas or smoke. From our time playing the game, it would appear that this is the Manchurian Gold. It’s kinda gold-ish in color, and every time we spotted one of these clouds, some weird stuff happened not long after.

Further, during the scene ‘Junior,’ he’ll get very paranoid and talk about ‘a mist that’s inside us.’ He’s referring to the Manchurian Gold, seeping its way into his and the group’s bloodstream, causing the paranoid hallucinations they’re seeing throughout the boat.

That’s everything you need to know on what Manchurian Gold is in Man of Medan. For more tips, tricks, and guides on the game, be sure to check out our ever-expanding guide wiki.