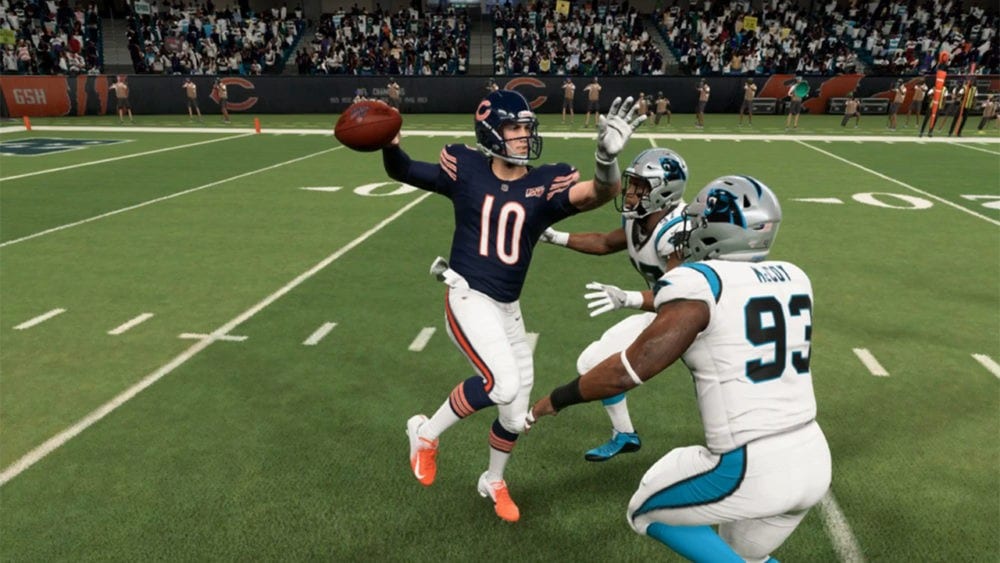 The touch pass isn’t new to Madden 20, but that doesn’t mean it’s not confusing some players when they’re trying to perform one. That’s because as part of its changes to the classic football formula, Madden 20 has changed the button input to touch pass. Here’s everything you need to know about touch passing in Madden 20.

In previous Madden games, you had to press and tap the R2 button on PS4, or RT trigger on Xbox One in order to perform a touch pass. However, this is no longer the case. If you simply tap either of these buttons, your player will simply pull off a lob pass, which, if that’s not what you were intending to do, is really going to cause you some problems in your Madden 20 playbook.

Thankfully, we’re here to explain what’s changed in this year’s version of the game so you can execute your offensive plays without any embarrassing hiccups like launching a lob pass when you didn’t mean to.

How to Touch Pass in Madden 20

To touch pass in Madden 20, all you need to do is press R2 on PS4, or RT on Xbox One right before your player actually throws the ball. This means you will have to press R2/RT right after you press the pass button, whichever pass you want to make, but once you’ve done that, you’ll have successfully executed a touch pass in Madden 20.

That’s everything you need to know about how to touch pass in Madden 20. For more tips, tricks, and guides, be sure to search for Twinfinite or check out more of our popular guides down below.

Madden 20 is now available on PS4, Xbox One, and PC as part of the EA Origin Access subscription service, and will be released officially on Aug. 2.