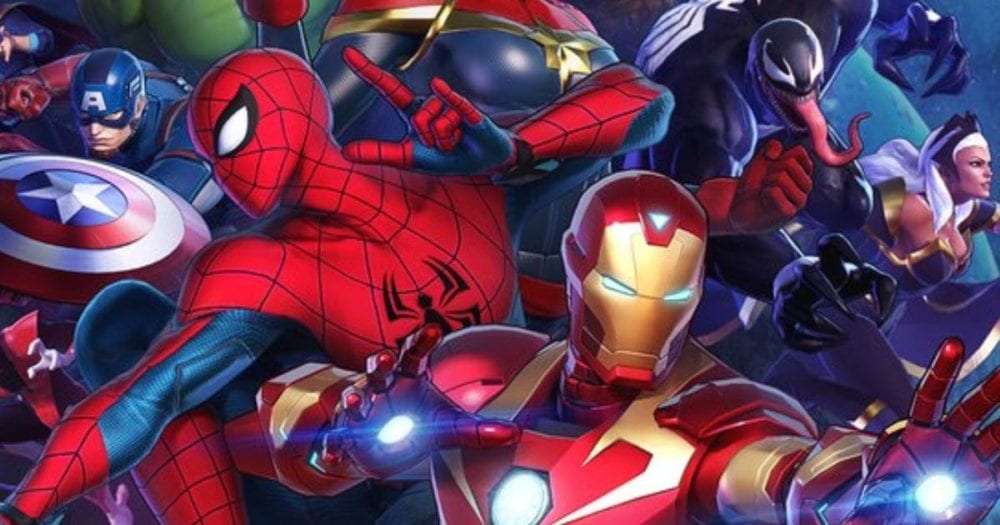 *Please be aware that we’ll be talking about chapter titles in this article, which by their nature might be considered spoilers for the game. If you want to avoid any kind of spoilers turn way now. *

How Long Marvel Ultimate Alliance 3 Is

Marvel Ultimate Alliance 3, likes its predecessors, is split up into a number of chapters that all take place in different areas from the Marvel universe. You’ll run through these areas while fighting groups of enemies, solving light puzzles, and taking on iconic bosses.

There are 10 chapters in total, and you can see them all just below. The main story isn’t exceedingly long, but it should take you roughly 5-10 hours, depending on the difficulty you’re playing on. There is, however, much more to do outside of the main story, which we’ll get to after the chapters titles.

All Chapters in Marvel Ultimate Alliance 3

Apart from the story missions, Ultimate Alliance 3 has something known as the Infinity Trials. This optional mode presents you with a map with a ton of different nodes on it, and there are four maps in total, also known as Infinity Rifts.

Most of these nodes apply special effects or restrictions to make things difficult or shake up gameplay, like making it so only your Synergy Attacks do a lot of damage while everything else does almost nothing.

You can spend hours on these Infinity challenges, and it’s the only way to unlock certain characters and costumes. Because of that, you’ll be looking at adding hours more onto your playthrough.

For our own playthrough, after beating the story and spending a moderate amount of time on Infinity challenges, we spent roughly 20 hours with the game.

After beating the game the first time you also unlock the Supreme difficulty, allowing for more playtime.

That’s everything you need to know about how long Marvel Ultimate Alliance 3 is and how many chapters there are. For even more tips and info make sure to search Twinfinite, or check out our guide wiki.