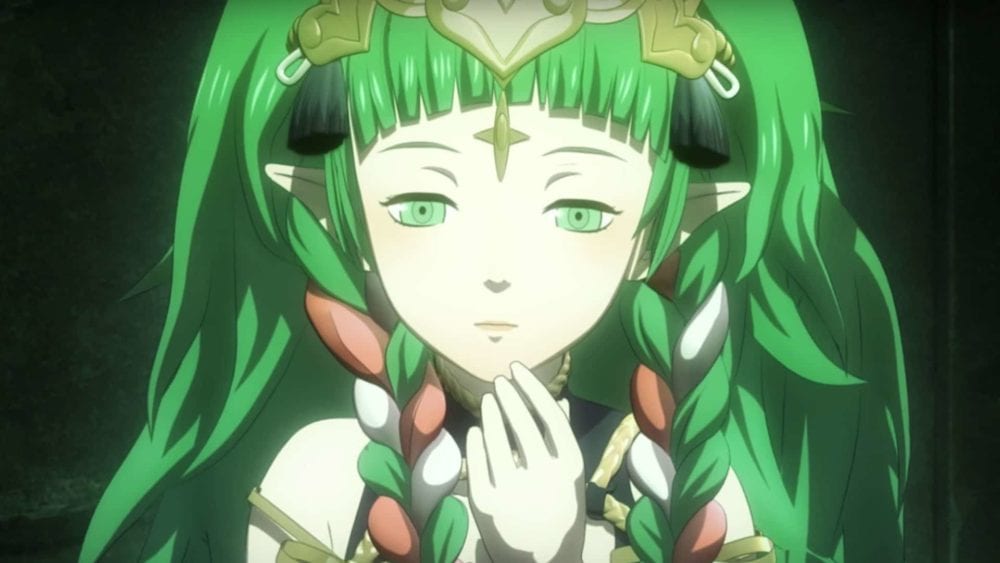 After a long wait, the popular tactical RPG series is finally making its way to the Nintendo Switch. If you’re wondering who the mysterious Sothis is in Fire Emblem Three Houses, we’ve got you covered. Here’s what you need to know.

Do be warned that this article contains major spoilers for the story, so look away if you want to go into the game fresh.

Who Sothis Is in Fire Emblem Three Houses

At the start of the game, we’re introduced to Sothis as a mysterious girl who lives within Byleth as part of their consciousness. She doesn’t seem to remember much about her own past, which pretty much puts her in the same boat of Byleth, who is also kinda clueless on how and when they were born.

All throughout the first act, we get little hints of Sothis being connected to the church, as she mentions that she recognizes the tune that Lady Rhea hums to herself. Not to mention the fact that Rhea and Sothis both sport headpieces with the same design.

If you play through the optional Paralogue battle with Sothis, you’ll also learn that she seems to have a connection to the Red Canyon, not unlike Rhea herself.

Near the end of the first act, Rhea finally gives us our first big hint when she prays for the goddess Sothis to bless Byleth. From that scene alone, we immediately learn that Sothis is actually the name of the goddess who watches over Fodlan, and it’s clear that the girl we know is actually some sort of reincarnation of the goddess herself.

This theory becomes increasingly plausible, as Byleth eventually finds themselves trapped in a realm of darkness at the end of the first act, with no way of escaping, save for the power of a goddess. Sothis then reveals that Byleth can wield the power of the progenitor god to escape that realm and go back to Fodlan.

Finally, we learn from Jeralt’s diary and the end of the second act that Byleth was actually infused with the soul of the goddess at birth. Rhea had somehow attached the Crest of Flames to Byleth at birth, giving them the power of the progenitor god and facilitating the rebirth of the goddess, Sothis.