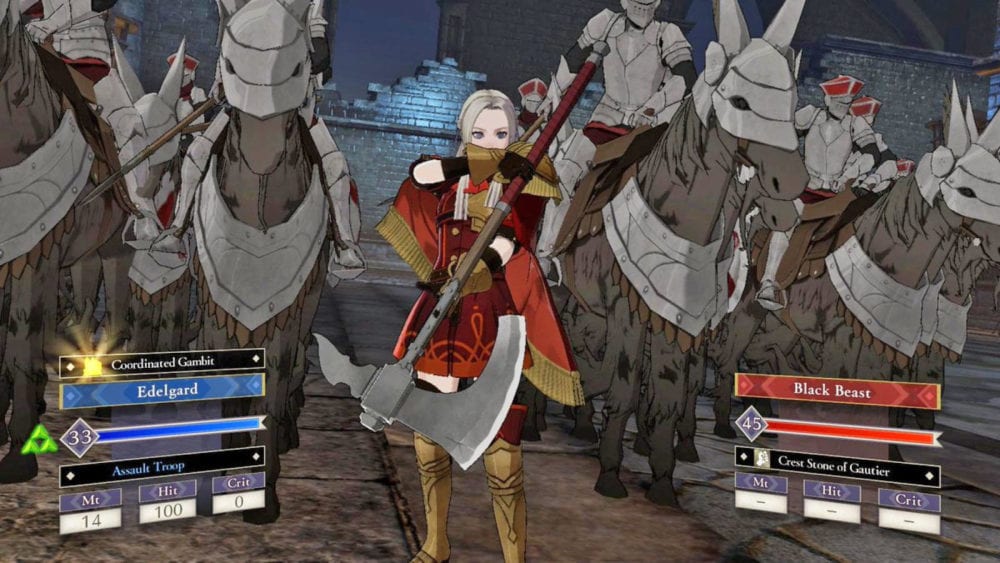 One of the big new mechanics you’ll need to learn in Fire Emblem Three Houses is the Battalions and Gambits system. Here’s everything you need to know about that.

How to Get Battalions

Aside from just positioning your units right next to the enemy to attack them, Fire Emblem Three Houses provides you with more options to go on the offensive (or defensive) with. These come in the form of Battalions and Gambits, which are kind of like special moves you can use in combat.

After finishing your first couple of story battles in the game, you’ll be rewarded with your first Battalion. However, you can purchase more for the other students in your roster.

You can do this every Sunday; just pop into the Marketplace and select the Battalion store, and you’ll see a full list of different ones you can purchase. Buy the ones you want, and equip them to your students. Each student can only have one Battalion at a time.

How to Use Gambits

When you have a Battalion equipped, you’ll be able to use Gambits in battle. It’s important to note that each Battalion comes with a different Gambit you can use. For instance, infantry-style Gambits can disrupt an enemy unit, rooting them in place for one turn.

There are also more defensive ones, which can provide healing for your allies for one turn.

To use Gambits in Fire Emblem Three Houses, simply click on the unit with a Battalion equipped, press the A button to bring up their action menu, and choose the Gambits option. If you’re in range of your target, you’ll be able to use it immediately.

Battalions and Gambits are particularly useful against dangerous enemies like Monsters, which don’t take much damage from just regular attacks. Using Gambits will give you a chance to stun them for a turn, providing a nice window of opportunity to attack.

Replenishing and Leveling Your Battalions in Fire Emblem Three Houses

As you take out more units with a Battalion equipped, the more experience the Battalion itself will gain, and the more effective it will be in combat. Even if you’re not actively using Gambits, they still get experience, so it’s worth equipping them whenever you get a new one.

However, even if you don’t use them, your number of Gambit uses will decrease over time. Thankfully, there’s an easy way to replenish their ranks.

Again, from the Battalion store in the Marketplace, choose the Replenish option to refill your ranks and Gambit uses. These are usually pretty cheap, so you should make a point to replenish your ranks whenever you get the chance.