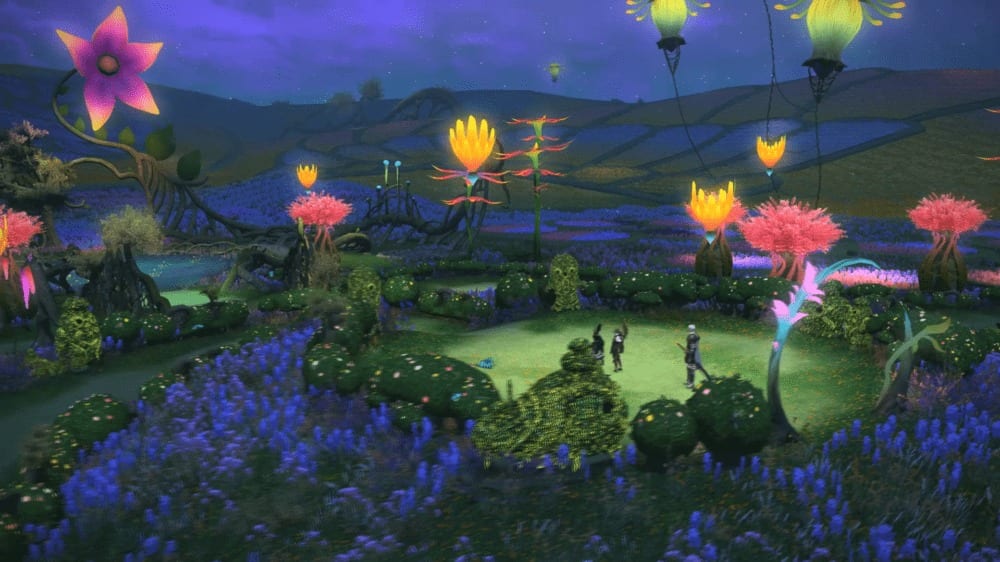 With the new Shadowbringers expansion in Final Fantasy XIV comes a handful of brand new MSQ dungeons you’ll get to clear while progressing through the story. If you’d like to get a sense of what the new bosses are like in the new Dohn Mheg dungeon in FFXIV Shadowbringers, our dungeon guide should help you out.

Hydrofall is a circular AoE attack that the boss drops on a random player. Dodge as necessary.

Laughing Leap is another circular AoE attack that causes the boss to leap into the center of the arena, so dodge when you see it pop up. It’ll usually follow up with Landsblood, which spawns quite a few circular AoEs all over the arena.

Avoid standing in or near these, as the boss will start spawning geysers that will flip you into the air and leave you stunned momentarily.

The boss will also spawn an orange stack marker on a random player, so all players should stack together to spread the damage.

Swinge is a large frontal cone AoE directed at a random player, so dodge as necessary. It might be a good idea to stay close to the boss so you don’t have to run too far if Swinge happens to target you.

Fodder causes the boss to summon some backup plants at the edges of the arena. Each plant will tether to the boss, and every player needs to intercept the tethers by standing directly between the boss and one of the plants to receive the tether. This will give you a buff, and also prevents the boss from getting too many buff stacks.

Tiiimbeeer is a group-wide AoE attack that should be healed through.

Coiling Ivy causes every player to get bound in place by a painted root. Each player needs to attack and destroy their root to be able to move around again.

Imp Choir is an ‘eye’ attack. When the boss starts casting this, turn around and look away until the cast is done.

Toad Choir is a large frontal cone AoE attack with no telegraph until the cast bar is filled, which means if you don’t anticipate the attack, it’ll be too late. Once the boss starts casting Toad Choir, immediately move behind it to avoid the attack. Getting hit will cause you to turn into a frog for a few seconds.

Once you’ve reached the boss, enter the force field to start dealing damage. You have to kill the Liar’s Lyre before it finishes casting Finale.

Changeling’s Fantasia causes the boss to transform into a large tentacle monster, which gives it a couple of new moves to look out for.

Corrosive Bile is a large frontal attack. Immediately move to the boss’ sides to avoid it.

Flailing Tentacles causes the boss to lift up all four of its tentacles in the air. You’ll need to make sure you’re not standing below any of the tentacles, or you’ll get hit with big damage once the cast is complete.

Virtuosic Capriccio is a group-wide AoE that should be healed through. It also gives you a bleeding debuff that can be removed with Esuna or Warden’s Paean.

And those are all of the major boss attacks you need to be aware of for the Dohn Mheg dungeon in FFXIV Shadowbringers. Be sure to search for Twinfinite for more tips and information on the game.