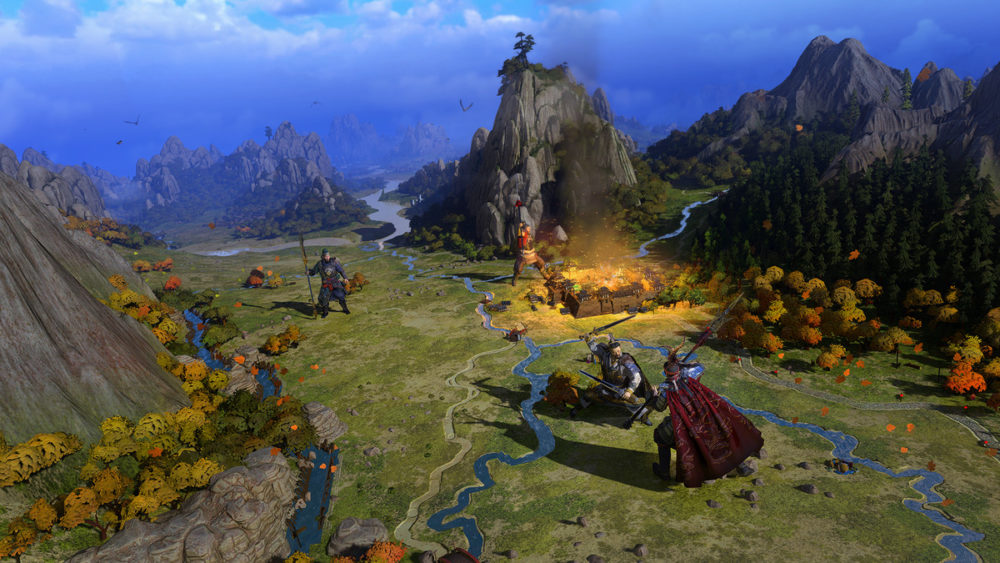 Whether you are playing Three Kingdoms in the realistic Records mode or the exaggerated Romance mode, the most important units in any army are the colorful generals that lead them. They can have powerful effects on the troops they lead, and they also from the governing apparatus of your faction, so ensuring they have an effective retinue composition is paramount to your success.

In a change for the series, army composition is limited to the class of general you are currently employing. Each army can have three generals in it, and each general can have up to six units as their retinue. As there are five different classes of general, this leads to a frankly dizzying array of possibilities and a lot of tactical depth.

Below we will go through each class of general and suggest some army composition tips to give you the edge over your enemy, and the flexibility to overcome any opposition.

The Commander is a crucial element to any budding army and one you will become intimately familiar with. Of the available faction leaders, you have to choose from when starting out, more than half are Commanders, and they excel in leading troops and inspiring them to greater feats of courage.

They are best used in a supporting role, positioned behind the main infantry line once they have engaged the enemy. Units inside their area of influence receive a bonus to morale, so keep them close to the action, but just outside of it. Keep an eye out for enemy missile troops, and only commit them to combat as a last resort.

Commanders give bonuses to melee cavalry such as Sabre Cavalry and Jian Sword Guard. They can unlock skills that increase the missile block chance of these horsemen, which will allow more of them to make it into combat when under fire, and bonuses to their attack and charge damage.

Two to four melee cavalry is an appropriate accompaniment, and filling out the last two slots with either archers or polearm infantry will give you some tactical options: Archers are better able to keep up and can soften enemy units before the melee cavalry charge home, and the polearms will ensure that this detachment can defeat any enemy horseman they might come across.

Champions are the duellists of your forces, and these generals are designed to do one thing: kill other generals. They have incredibly high single-target damage and can unlock a variety of skills to complement this like instilling fear in nearby troops and increasing the armor of the soldiers under their command.

They are vulnerable to swarms of common soldiers, so don’t let them become isolated.

In Romance mode, generally speaking, you want to call out an opposing general and engage in a duel as soon as possible. Just make sure that you check your opponents level, as once engaged in a duel Champions will either fight to the death or flee and inflict morale debuffs on any soldiers that witnessed their shameful display.

Champions are best when leading spear and glaive infantry, as they impart bonuses on these kinds of troops. Two to four Spear Guards are a good building block, as they are resistant to archer fire and can repel cavalry charges making them very useful.

A couple of Ji infantry will compliment this, as these halberd-armed troops more effective against melee infantry, and can assist with seeing off any cavalry as the situation requires.

Vanguards are, in a lot of ways, the inverse of Champions. They specialize in destroying groups of enemy soldiers and in leading lighting fast cavalry raids against the enemies back lines. Their basic attack inflicts splash damage, which is why they are so effective against mobs of foes, but it also means they do less damage to single targets… making them easy prey for enemy generals.

Their skills tend to buff shock cavalry, increasing their charge damage and movement speed. This means they make an excellent flanking force, only committing to battle once the infantry lines have met.

As the enemy’s archers will tend to fall back, you want to use your Vanguard-led shock cavalry to run these lightly armed troops down, before performing hammer-and-anvil strikes against engaged infantry.

Two to four shock cavalry will do the trick, depending on how cavalry heavy your other retinues are. Ji cavalry are sturdier and hit harder, whereas their spear armed counterparts are faster, so a healthy mix of the two is your best bet.

To fill out the retinue, take either polearm infantry to deal with any cavalry you may encounter while flanking, or melee infantry to support your cavalry once they have engaged a target.

Sentinels are the bulwark against which opposing armies break, and their skill tree is set up to compliment this. They are also a hard counter to Champions, as their high evasion and melee defense means they are able to evade enough attacks to outlast them, or at least distracting them long enough for the rest of your forces to engage with the enemy.

As such, the best place for your Sentinels are wherever the fighting is the heaviest, or engaging the most powerful opposing general in single combat. Their skill tree supports this playstyle, allowing Sentinel-led troops to survive more punishment, and outlast their foes.

This means that Sentinels should fill out their retinue with shield-armed infantry. Sabre Militia and Axe Band are solid picks, as they are great at chewing through opposing infantry.

Pair this with some Ji infantry and you will have a solid infantry detachment effective against both cavalry and infantry, and with every trooper carrying a shield, they will be able to soak up enemy missile fire long enough to make it into combat.

Strategist are an incredibly versatile class of general and can be incredibly powerful when properly built and supported. They are the most fragile, though, and will be defeated by any other class of general in combat, and they are also the only class unable to duel.

They are best placed in the back line, overseeing your armies missile contingent. Their skills are focused on buffing ranged damage and increasing the maximum amount of ammunition your missile troops carry. Strategists are of benefit to melee troops as well, they are capable of unlocking powerful formations like shield wall and hollow square, to increase your troops’ efficacy.

As the only general type that can recruit siege weapons, make sure to bring at least one unit of trebuchets, as they will allow you to reduce enemy fortifications to rubble. Along with a couple of units of crossbows and a unit of polearm infantry, you will have a powerful contingent capable of wreaking havoc on an opposing army before the front lines engage.

That should be everything you need to know to set your army up for success with the best retinue compositions in Total War: Three Kingdoms. Remember to experiment, as the needs of the battlefield are constantly changing. Be sure to check out our other Three Kingdoms guides, like the below, or search Twinfinite for plenty of others.